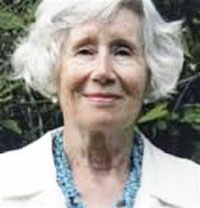 Former journalist and librarian, Thora Kerr Illing has written a biography of Nellie Cashman (1845 – 1925), nicknamed ‘The Miner’s Angel’, Gold Rush Queen: The Extraordinary Life of Nellie Cashman (TouchWood $18.95). The unorthodox and rugged Cashman was a miner, entrepreneur and philanthropist who lived and worked in some of the toughest boomtowns in the West. She was up and down the coast, from California to Northern B.C., and north and south in the interior from Arizona to Alaska. In addition to staking claims, she set up restaurants, boarding houses and general stores. But she didn’t keep much of the money herself, instead giving away much of it to build hospitals and churches or help fellow miners down on their luck. One of her famous feats was hiking into northern B.C.’s Dease Lake under frigid winter conditions to get to the Cassiar mining area where miners were trapped without sufficient food and dying of scurvy. It took Nellie and six men she hired 77 days to get to the mining site, each on snowshoes pulling a laden sled because the snow was too soft and deep for dogs. They were just in time to save most of the miners. This story passed into legend and Nellie was frequently referred to thereafter as the ‘Angel of the Cassiar.’ Cashman remained tough into her later years and at the age of 77, she earned the title of champion musher of the North.

Cashman died in the St. Joseph’s Hospital in Victoria from double pneumonia. The Victoria Daily Times wrote of Cashman, “Like many pioneer women who have known the meaning of hardship, she was of a most kindly disposition, nursing the sick and feeding the hungry and doing all she could to help the unfortunate and her death will be sincerely mourned by a wide circle.”

Thora Kerr Illing immigrated to Canada as a young woman, fell in love with the space, fjords and forests of the West and stayed. She retired to Sidney. 978-1-77151-159-9