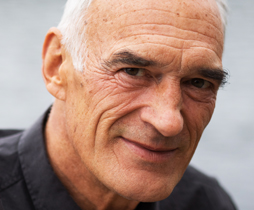 Ronald Wright recalls the murderous triumphs of the Spanish conquistador Pizarro in a new novel, The Gold Eaters.

We can probably never get enough of writings that set to rights the looting and devastation that wreaked havoc on ancient civilizations under the guise of bringing Christianity to the savages.

Luisa Maria Celis’s novel about the Spanish conquest of Venezuela, Arrows, which I reviewed in BCBW in spring, 2009, was a product of meticulous research. The author read over 90 books, blasting light on the atrocities under Diego de Losada, one the Spanish invaders in Venezuela’s Caracas Valley during Spain’s “Golden Age” in the mid 16th Century, around 40 years later than Pizarro’s rampages.

Under these authors’ unblinking eyes, the glorified Spanish Conquistadors look a whole lot more like thugs and thieves. The amazed Incas called them ‘gold eaters’ because they fell on the gold with such hunger and savagery.

“The urge to write about Peru,” says Wright, “first came to me when I was ill and bedridden, aged 30, at Ollantaytambo, where Manku, the Inca resistance leader -and a hero in The Gold Eaters –routed a Spanish army in 1536.” After convalescing at a small hotel there called El Albergue, Wright began working on what became his first book, Cut Stones & Crossroads: A Journey in Peru—just reissued in Penguin Modern Classics with a foreword by Alberto Manguel.

“Over the years,” he says, “I also wrote about the Incas in other non-fiction, especially Stolen Continents, but always wanted to give myself the freedom of a novel to imagine what it would have been like to live through the catastrophe of the Spanish conquest.  Hence The Gold Eaters, which I began in 2010.”

In The Gold Eaters we follow the misfortunes of Waman, an Inca youth yearning for the adventures and travel. He thinks leaving his village will hasten the process of becoming a man. Unfortunately, his leave-taking will yield despair, sickness, suffering and imprisonment, starting from his eleventh day at sea after he manages to board a trading vessel in Tumbes (coastline of present-day Peru) as the youngest crewmember. A Spanish vessel, with none other than Francisco Pizarro at the helm, overtakes Waman and his fellow crewmembers. Their boat is looted and most of its occupants are murdered, or eaten by sharks as they attempt to flee. The one woman aboard is raped and flings herself overboard.

Waman fares better. He’s taken prisoner, taught some Spanish, and ultimately becomes the “Old One’s” translator. Waman worries he may never again see his mother, his father, his grandfather and Tika, his comely cousin who was orphaned by an earthquake when very young. Tika lives with Waman’s family in the small Peruvian community of Little River. Waman’s fledgling romance with Tika, his years as a captive—in Spain, aboard ship and ultimately back in Peru—and his efforts to find his way home serve as the framework for Wright’s gargantuan historical narrative.

That Wright’s action-packed plot is largely based on meticulous research and historical characters makes it all the more fascinating.

The driving narrative tells the tale of the vast sweep of Pizarro’s invasion of the rich and advanced Inca kingdom. Over 3,000 miles long and stretching from southern Columbia to central Chile, the empire was the world’s second largest after China.

Abetted considerably by the devastating smallpox they brought with them, by deceit and by the Inca’s trusting nature, Pizarro, the founder of Panama, loots and slaughters his way to Cusco’s gold.

Before him, in 1521, Hernán Cortés had just conquered Mexico, with the help of his invisible army, the smallpox. Now Pizarro wants the gold of the last great unknown civilization to the south. So it is that in 1526, aboard the Santa Elena, the reader meets up with Pizarro as he sails from Panama and overtakes the little trading vessel at the outset of the novel.

This story of how Pizarro, with only a few hundred ragged and smelly men, is able to capture the King of the Incas, Atawallpa, (Atahualpa) and decimate the huge Inca army has been told before—for example, in Peter Schaffer’s 1964 play, The Royal Hunt of the Sun. But while Schaffer takes more dramatic license with his plot, and elevates both Inca ruler and Spanish conqueror, Wright seems to creep as close as anyone can to historical truth. Even Waman was born of research. The initial raid on that Inca vessel really occurred and a young boy was kidnapped and taken to Spain. Very likely he later served as the interpreter for the Spanish in Cajamarca and Cusco, two of the main Peruvian cities featured in the book.

The architects of Machu Picchu and Cusco were part of an advanced civilization but unfortunately they did not have guns or a deadly disease to do their dirty work. Atawallpa’s ransom was a roomful of gold and silver, seven tons of gold and 13 tons of silver all melted down. But when the ransom was delivered, Pizarro betrayed Atawallpa and killed him anyway.

When it comes to these gold eaters, ‘live by the sword, die by the sword’ seems apt. The novel is made intriguing by conflicts between Pizarro and “One Eye”, Almagro, his sleazy partner in-crime, as well as betrayals, raids, murders and rebellions.

Wright has published ten books of fiction and non-fiction in sixteen languages and in over forty countries. Earlier works include Time Among the Maya (2000), Stolen Continents (2003) and his first novel in 1997, A Scientific Romance, which won Britain’s David Higham prize for fiction and was selected as book of the year by the New York Times, The Sunday Times, and the Globe and Mail. 978-0-670-06826-5

One Response to “Glory, gore and gold”