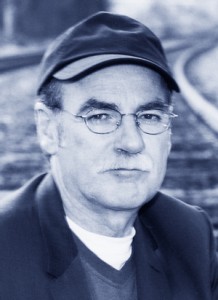 Constructed in 2000, a bell tower contains the original bell for the St. Mary’s Residential School that was cast in West Troy, New York in 1875. It was used at the school until 1965. In 1999, the bell was donated to the park by the Stó:lo First Nation whose nearby Pekw’Xe:yles Indian Reserve is located between Lower Hatzic Slough and D’Herbomez Creek at 34110 Lougheed Highway. Terry Glavin’s Amongst God’s Own examines the history of the residential school that was opened by the Missionary Oblates of Mary Immaculate in 1863.

Originally located near the Fraser River, the first St. Mary’s school was intended for boys only, housing 42 students in its first year. The Sisters of Saint Ann opened a second school for girls in 1868. The schools was relocated further up the hill due to railway expansion. The city-run Heritage Park on the school century-old site also contains graves for Oblate priests, nuns and students associated with the school. The 50-acre park was created in 1986 after Norma Kenney lobbied relentlessly for preservation of the site.

Founded in 1816, the Oblates of Mary Immaculate were a Catholic order of missionaries sworn to convert the poor and dispossessed of the Earth. Led by Father Fouquet, a fanatical insomniac, the Oblates set up schools and churches in the hopes of teaching ‘civilization’ to the Sto:lo of the Fraser Valley. Initially the Stó:lô accepted this offer of seemingly good intentions and were in awe of these prophets who carried cures in a bottle. They even accepted the placement of their children in residential schools. But, according to Terry Glavin in his Amongst God’s Own, the schools became “little better than vectors of disease and pedophilia.” Not advertised by park signage are the gloomy stone walls and a descending staircase for the boys’ dormitory on the site, dating from 1884. A small plaque in the earth does not provide any context. Most visitors prefer to visit the first Marian site erected in B.C. in 1892, now towering above the grounds as the refurbished Grotto of Our Lady of Lourdes–a six-sided cupola shrine with stained glass skylights.

Amongst God’s Own was an initiative of Bill Williams and the Mission Indian Healing Foundation, funded through the Aboriginal Healing Foundation. In it, Glavin presents the testimonies of 45 Stó:lo survivors who tell of their past experiences, good and bad, in St. Mary’s Mission, where passion plays were enacted into the 20th century. These first-hand accounts document the lives of Sto:lo children who were forbidden to speak their own language and often beaten as punishment. With federal funding, the original St. Mary’s school was adopted as a model for more Oblate-run schools in Cranbrook, Williams Lake and Kamloops. St. Mary’s Mission school did not close until 1961. In the early days, mail arrived to the school and its Oblate teachers was addressed to “The Mission,” giving rise to the name of Mission, B.C.

Born in the United Kingdom to Irish parents in 1955, Glavin immigrated in 1957 to Canada where he was raised in Burnaby. As a journalist and author, he has primarily been an advocate for indigenous peoples and the protection of the environment. “Personally,” Terry Glavin has cryptically remarked, I am not a big fan of apartheid.”

Along with Stephen Hume, Terry Glavin has been at the forefront of journalistic exploration of British Columbia as a psychological, physical and political environment. A former Vancouver Sun journalist, Glavin began his writing career with Georgia Straight and later returned to that publication as a bi-weekly columnist about British Columbia culture at large. As a freelancer writer, Glavin lived on Mayne Island before moving to Victoria in 2007. BC BookLook’s Alan Twigg at the descending staircase and foundations that mark the gloomy 1880s site of the boys’ dormitory.

Glavin has received numerous awards, including the Lieutenant Governor’s Award for Literary Excellence in 2009. He has also edited the Transmontanus series for New Star Books and was a founding member of the Pacific Fisheries Resource Conservation Council. He increasingly veered towards covering foreign affairs in his late 50s.

Glavin’s A Death Feast in Dimlahamid, written in support of native land claims, takes its name from a 22,000-sq.-mile city-state that Gitksan and Wet’suwet’en tribes maintain was situated near the confluence of the Bulkley and Skeena Rivers. It was shortlisted for the Hubert Evans Non-Fiction Prize.

This Ragged Place, a collection of essays and freelances pieces, was shortlisted for a Governor General’s Award. Co-published with the David Suzuki Foundation, Glavin’s The Last Great Sea takes readers on a journey through the human and natural history of the North Pacific Ocean. It’s a broad subject and one he delves into valiantly, showing how the ocean has shaped man’s passage throughout time—his movement across land, his hunting and dietary habits and his evolution—and how that passage has, in turn, altered the distribution of the species around him, particular, the fish.

Due to its breadth, metaphorical and otherwise, The Last Great Sea requires some knowledge of anthropological terms, continental drift and marine biology–with references to the Cordilleran ice mass, the Beringian Tradition and the Aleutian chain, etc. The North Pacific, we are told, relinquishes 25 million tons of fish each year, an amount roughly equal to the weight of the human population of Canada and the United States. Glavin re-examines archaeological evidence and introduces us to the oral history of tribes like the Sto:lo and the Katzie. He frequently resists and refutes orthodox interpretations of the human and natural world, revealing their oft-shaky foundations and the extent to which they crumble under the weight of new information. Our understanding of the salmon species, for example, has its roots in the theories of a 17th century medical student called Linnaeus, who, though a brilliant man, could not provide a reliable account of the history of the fish.

“The contribution that salmon make to terrestrial ecosystems deep within the continents surrounding the North Pacific has never been fully acknowledged by science,” Glavin insists. “The picture that emerges is of animals that arise from the depths of the Pacific to make journeys that take them inland, often far beyond the coastal landscape, and that do not stop migrating when they spawn and die.”

Terry Glavin leads his reader hopefully into the Sixth Great Extinction epoch with Waiting for the Macaws, a survey of our fellow species, some of which are dearly departed. This is an even more engaging book than Glavin’s preceding panorama of the North Pacific because we glean natural history facts during his visits to Singapore, County Clare, Costa Rica, the Eastern Himalayas, Siberia and the Lofoten Islands in the North Atlantic.

A Death Feast in Dimlahamid (New Star 1990, 1998)
Nemiah: The Unconquered Country (New Star, 1992). With the people of Nemiah Valley; photographs by Gary Fiegehen, Rick Blacklaws and Vance Hanna
A Ghost in the Water (Transmontanus 1, New Star, 1994)
Dead Reckoning: Confronting the Crisis in Pacific Fisheries (D&M 1996)
This Ragged Place: Travels Across the Landscape (New Star 1996, 1998)
A Voice Great Within Us (Transmontanus 7, New Star, 1998). With Charles Lillard.
The Last Great Sea: A Voyage through the Human and Natural History of the North Pacific Ocean. (Greystone 2000)
Among God’s Own: The Enduring Legacy of St. Mary’s Mission (Longhouse 2002). With former students of St. Mary’s.
Waiting for the Macaws: And Other Stories from the Age of Extinctions (Penguin 2006).
Come from the Shadows (D&M 2011) 978-1-55365-782-8 $29.95
Sturgeon Reach: Shifting Currents at the Heart of the Fraser (New Star 2012), with Ben Parfitt.