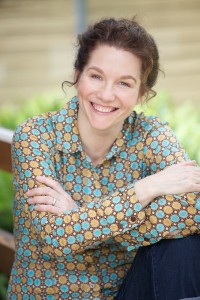 Random House Canada has announced it will publish a new novel by Billie Livingston, Fugitives from Mercy, in March 2016, simultaneously with William Morrow in the US. The deal was arranged by Grainne Fox, her agent at Fletcher and Company, in New York.

Billie Livingston of Vancouver is the author of three novels, short stories, including the Danuta Gleed award winning collection Greedy Little Eyes, and poetry. Her most recent novel, One Good Hustle, a Globe and Mail Best Book selection, was longlisted for the Scotiabank Giller Prize and a finalist for the Canadian Library Associations’ Young Adult Book of the Year. Her short story, “Sitting on the Edge of Marlene,” has been adapted as a feature film.

“I’ve been lucky enough to have worked with Billie on all her books of fiction,” says her publishyer and editor Anne Collins, “from Going Down Swinging to Cease to Blush to the story collection Greedy Little Eyes to One Good Hustle. I am addicted to her voice, to her fictional angle on the world. No one else combines the dark, the funny and the tender as well as Billie; I can’t imagine any other novelist being able to take a reader where Billie can. Her last novel was longlisted for the Giller; she’s won prizes for her short fiction and a short story of hers has been adapted as a movie; every novel has been critically acclaimed and made best-of-the-year lists. But this, if I am allowed to predict such things, is her breakthrough book. It’s stunningly good.”

In Billie Livingston’s darkly comic first novel, Going Down Swinging, a pill-popping, alcohol-dependent mother in the 1970s and her eight-year-old daughter are united by their mutual fear of the Child Protection Agency. Much of the appeal of Livingston’s writing is derived from her lively dialogue.

In Livingston’s second novel, Cease to Blush, an attractive woman who dabbles in a Vancouver acting career discovers her late mother, renowned as a crusading feminist and lecturer, had an extensive and diverse sexual history in Las Vegas during the Sixties as a stripper, gangster’s moll and singing impressionist named Celia Dare. According to internet sites, Celia Dare is rumoured to have been a bedmate of the Kennedy brothers and Marilyn Monroe. The title arises from a quote from one of the female characters in the writing of the Marquis de Sade that the protagonist’s mother once used to introduce her first formal university lecture: “Women without principles are never more dangerous than at the age when they have ceased to blush.” In Cease to Blush, Livingston, according to her publisher, “drives the bumpy road from the burlesque stages of Rat Pack Vegas to the bedroom internet porn scenes of today, exploring just how far women have really come.”

Livingston’s poetry collection The Chick at the Back of the Church was shortlisted for the Pat Lowther Award.

After having just won the Danuta Gleed Award for best first collection of Canadian short fiction with Greedy Little Eyes, Livingston profiled the struggle of 16-year-old Sammie Bell not to replicate the scams of two con-artists parents in One Good Hustle (Random House 2012) . Horrified to realize she occasionally wishes her alcoholic mother was dead, Sammie takes a summer-long with a ‘normal’ family who provide the “weird, spearmint-fresh feeling” of life in the straight world. While longing for the approval of her con-man Dad, Sammie worries she could be genetically prone to shysterism.

Born in Hamilton, Ontario on November, 23, 1965, Billie Livingston grew up in Toronto and Vancouver, where she arrived in 1965. She has since lived in Tokyo, Hamburg, Munich and London, England. Billie Livingston’s first employment was filling the dairy coolers in a Macs Milk. She went on to work varying lengths of time as a file clerk, receptionist, cocktail waitress, model, actor, chocolate sampler, and boothhost at a plumber’s convention. She has sold diamonds for a jeweler, done PR work for a beer company, dressed up as “Garfield” for a kitty litter company and as “Bingo the Banana Split” for a Teletoons promotion. She now lives in Vancouver, working on film sets when she’s not writing.

“I grew up here and there between Toronto and Vancouver. Went to more than a dozen schools — counted sixteen once. Always moving. An aunt of mine remarked once that my mother, my sisters and I were all terribly dramatic. It was a relief to know that I came by it naturally. I guess I’d say that natural over-the-topped-ness coupled with being raised on perpetual movement have most likely contributed to my flibberty-gibbet lifestyle. I am ‘Queen of the Moonlighters.’ For most of my adult life, I’ve kept at least three jobs at a time.

“When I graduated high school, I was scouted by a stripper who thought I should be a fashion model. My mother, as part of her AA program, was ‘twelve stepping’ this stripper who wanted to get sobriety. She saw my picture on our mantle, took it to an agent she knew and two months later I had a contract to model in Tokyo. I hated high school and was loathe to continue on to university so I decided to give modelling a shot. Turned out the agent was a sleazy little tyrant who told me on my arrival in Tokyo that I was thousands of dollars in debt and not to even think about leaving or I’d be sued. I stayed for three months. I got through by writing a lot of bad poetry and angry, homesick letters. Writing incessantly kept me sane.

“When I came home to Vancouver, I turned eighteen, got some fake ID and started as a cocktail waitress in a pub downtown. Once in a while, during the day, I modelled for The Bay, Fields, Woolworth and glamorous places like that, but mostly I was an office temp. As an office temp I was fired a couple times — once because my mind kept wandering, causing me to destroy their filing system, the other time because my skirt was too short and I’d been sighted using office stationary to write on during my lunch break.”

The Chick At the Back of the Church (Nightwood Editions, 2001). Poetry.