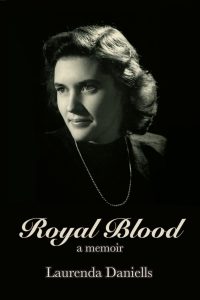 Royal Blood, by Laurenda Daniells, is a memoir in the form of a collection of short stories written by a woman who has clearly led a long, interesting, and rewarding life.

What caught my attention is that Ms Daniells is the great granddaughter of Alexander Ross, the Scottish-born fur trader who worked successively for the Pacific Fur Company, the North West Company, and the Hudson’s Bay Company between 1810 and 1856. The “royal blood” in the title alludes to the fact that Alexander Ross married Sally (circa 1798-1884), the daughter of an Okanagan chief.

Daniells, therefore, is Métis, and knowing my mother’s experience as “part-Indian” descendant of another fur trader, Alexander Ross’s contemporary Alexander Caulfield Anderson, I wanted to know if her experience was similar.[1]

Also, I knew that Ms Daniells was the first librarian of the University of British Columbia Archives. As I spend much time at the B.C. Archives in Victoria, and appreciate the work that archivists do, I wanted to hear more. The material that accompanied the book promised some interesting stories. 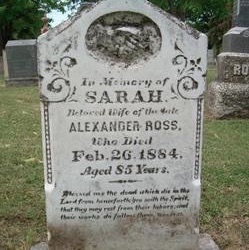 I would have loved a story of Alexander Ross, but he is hardly mentioned: Daniells’ opening story is of Sally Ross playing an Indigenous gambling game with her children. Daniells also tells us her grandmother played the same game with her, and that she taught it to her own children, and so the memories continue. If you want to know more about Sally Ross, Daniells’ brief biography of her great-grandmother, published in the Dictionary of Canadian Biography, gives more details of her life.[2]

However, Laurenda Daniells’ stories of her Métis experience were few and far between, and there may be a reason for that. Like my mother, Ms Daniells – born in 1923 and now well into her nineties — was of the generation that didn’t know who the Métis were. She only knew she had fur trade ancestors, and that they had married Indigenous women.

One short story describes the older Sally Ross dressed in her widow’s weeds and looking stiff and uncomfortable in the studio photograph that Daniells inherited. The delightful opening brings the scene to life: “The river, the river. The smooth quiet stream. The hills beyond….” 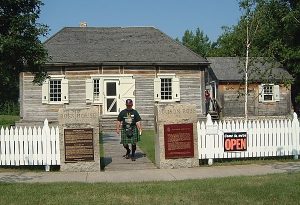 The house of Alexander and Sally Ross, built in 1855, is now a museum in Winnipeg.

The seven stories in the Prologue describe other family members and the artifacts that remind her of them. In Chapter 2, Daniells tells of her years living on Minto Street, Winnipeg, in the 1920s. Chapter 3 has stories of her time in the thirties and forties, and these two chapters contain some thirty simple and enjoyable short stories of her young life that we can all relate to — we have all had similar experiences.

She tells of her time as a social worker in Winnipeg in Chapter 4. This ends quickly after three stories, with little explanation for the sudden ending. I would have liked to know more; but of course what happens in that business is often confidential. I suspect she fell in love.

Chapter 5 opens with a dramatic move to Vancouver with her brand-new husband, and in four short stories she tells of the next ten years of marriage and of raising her children. The next two sections hold seventeen stories of her world travels with her husband: obviously she took a great deal of pleasure from these journeys. 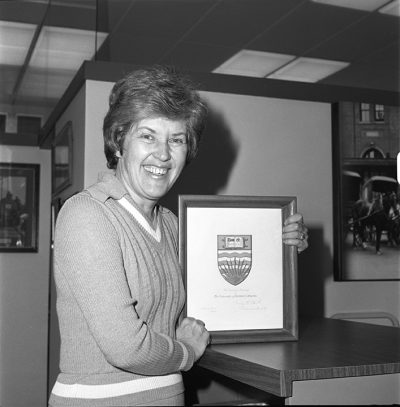 On her return home, Daniells trained as an archivist. Chapter 8 enlarges on her years as head archivist at UBC, from 1970 to 1988, while Chapter 9 concerns her travels in 1974-1975. The next collection of stories concerns her husband’s illness and death, and her life following his death. The final chapter is a collection of short stories that tell of the changes that occurred to her in her old age.

As a collection of memories, written up in short stories and organized in more or less chronological order, this book works well and Daniells’ character shines through. She describes her many friends with both pleasure and sorrow. Some parts of her life are covered well while some have only a few tales attached to them. The stories are well written and interesting, even though they did not answer the questions I had about her Métis experience and identity. I enjoyed the stories for what they were: stories of a life.

On some occasions the transitions between stories were not as strong as they might have been: instead of leading the reader into the next chapter, the abrupt closure made it easier to put the book down. The stories, at times, repeated themselves in part, and a few perhaps could have been merged, re-written, or edited out.

But overall Royal Blood: A Memoir held my interest. Its short chapters made it a perfect book to read in bed (I am not alone in this, I think). Many will pick it up and enjoy it — and judging from various comments on the book, they have already done so.

Nancy Marguerite Anderson of Victoria is the author of The Pathfinder: A.C. Anderson’s Journeys in the West (Victoria: Heritage House, 2011). She blogs fur trade stories at http://nancymargueriteanderson.com/