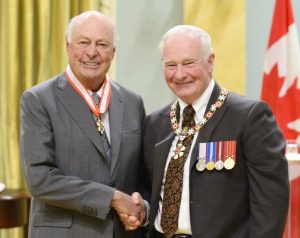 Whereas books pertaining to logging and fishing in British Columbia are common, literary attempts to profile events in the mining sector are relatively rare. Founded in in Kirkland Lake, Ontario, but eventually headquartered in Vancouver, Teck has become one of Canada’s leading mining companies over a period spanning 100 years. Under the leadership of the Keevil family, it is touted as Canada’s largest diversified resource company. Teck Chairman Dr. Norman B. Keevil has described the founding and growth of Teck in his often candid and humourous company history, Never Rest on Your Ores – Building a Mining Company, One Stone at a Time (McGill-Queens 2017).

With 496 pages, Keevil has a lot to say, tracing his own life as the son of British immigrants in Saskatchewan, then becoming a scientist, teacher and prospector. The discovery of a small but high-grade copper mine in Ontario led to control of the Kirkland Lake gold mine fifty years later, eventually giving rise to the Teck Corporation. According to promotional materials: “Finding an ore body – rock that holds valuable metals and minerals – and promoting its development in order to finance and create a mine, most often in hard-to-access wilderness, is complicated work, comparable to locating and extracting a needle in a very messy haystack.” $39.95 9780773551558 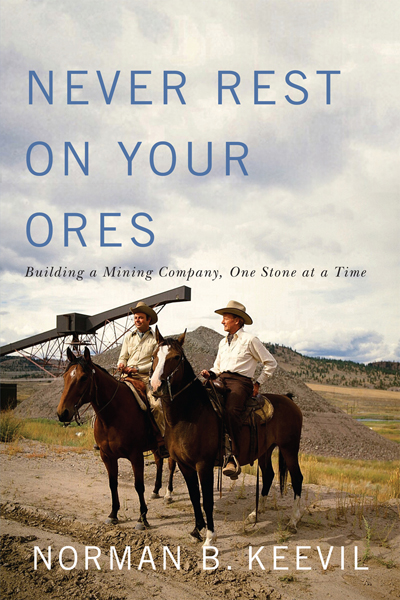