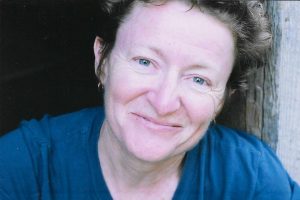 In Brenda Brooks’ first novel, Gotta Find Me An Angel (Raincoast $19.95), a 35-year-old film projectionist at a second-run cinema in Toronto was haunted by the ghost of a friend who died long ago. In a somewhat similar vein, Brenda Brooks’ second novel, Honey (ECW 2019), touted as modern noir, concerns a re-ignited passion for a wild and charismatic childhood friend named Honey who suddenly re-enters the life of 24-year-old Nicole Hewett whose father has just been killed in a car accident. Brooks says this tale of perilous romance – including friendship, seduction and murder – was partially inspired by the return, in 2010, of a scrapbook of poems and photographs that she had sheepishly given to her high school writing teacher on the last day of school. The return to her, some thirty years later, of her youthful writing by the family of the deceased teacher “renewed in me a longing to express something about desire, memory and loss.” 978-1-77041-497-6