A Field Guide to Insects of the Pacific Northwest 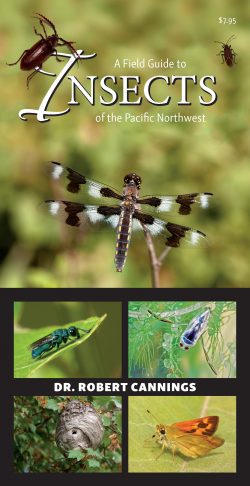 One of the major gaps for the enthusiastic amateur naturalist has been an approachable guide to insects. Robert Cannings’ new field guide goes some distance towards helping a skilled naturalist understand the many orders of insects found in British Columbia.

Published on waterproof, laminated paper, with a backpack and pocket-friendly folded format, this guide has excellent, bright photographs that clearly show important features for each of the insect groups. It is so nice to see a field guide that won’t disintegrate in the rain!

Using family-friendly language, Cannings defines the major taxonomic features of British Columbian insects and provides important life history terminology in his introduction to insect ecology. His descriptions of insect species provide fascinating snippets that will pique the interest of the amateur to learn more about this complex group of animals.

With this publication, Cannings has provided a comprehensive general interest field guide for the amateur naturalist who knows very little about insects.

With its large, clear, coloured photographs, A Field Guide to Insects of the Pacific Northwest is also suitable for older children, although the vocabulary level is perhaps too advanced for most young people. The variety of species shown in images for groups such as the beetles (Order Coleoptera) and true flies (Order Diptera) is a major incentive for a budding scientist to explore the diversity of insects in their yard or garden.

The guide also includes several species that can be encountered by the young urban naturalist, including the legendary European earwig, the Pacific Coast Dampwood termite, and the ubiquitous Carpenter ant, as well as many other species found in more natural environments, such as streams and parks.

One of the outstanding features of the guide is its inclusion of groups of insects that are normally ignored in field guides. Snakeflies, lacewings, mantids, silverfish — all of these more obscure insect orders find a place in the guide.

In particular, the excellent images of snow scorpionfly (Order Mecoptera) and northern rock crawler (Order Notoptera) answer the longstanding question — who is that bug crawling around on top of the snow? 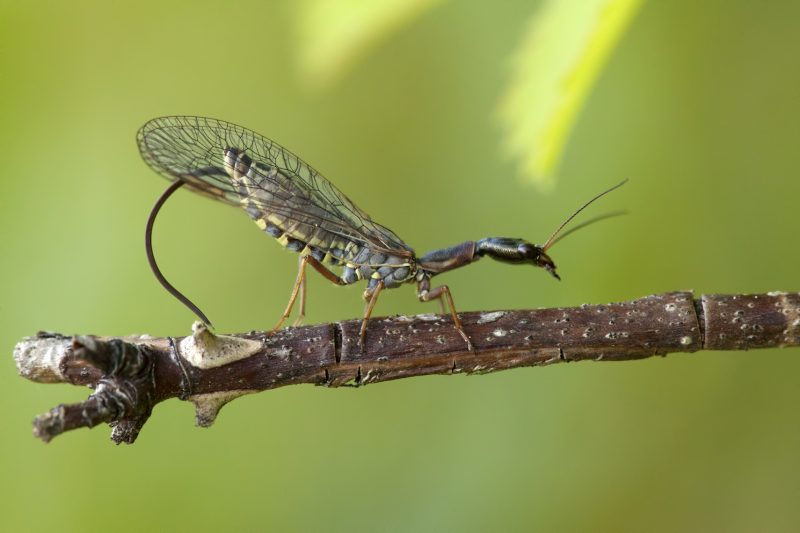 My favourite aspect of the field guide is its coverage of insect orders associated with aquatic ecosystems. I work with volunteers who collect samples for the Royal B.C. Museum. This guide provides excellent images and enough details that a more skilled naturalist is able to tell the difference between mayflies (Order Ephemeroptera), stoneflies (Order Plecoptera), dobsonflies (Order Megaloptera), aquatic beetles (Order Coleoptera), and aquatic bugs (Order Hemiptera). It will be a useful addition for assisting volunteers throughout B.C. in understanding what they are seeing and sampling.

More details would be useful but, as a beginning explanation of the differences between these orders, this resilient waterproof guide is a good start for volunteer groups sampling outside in wet environments. 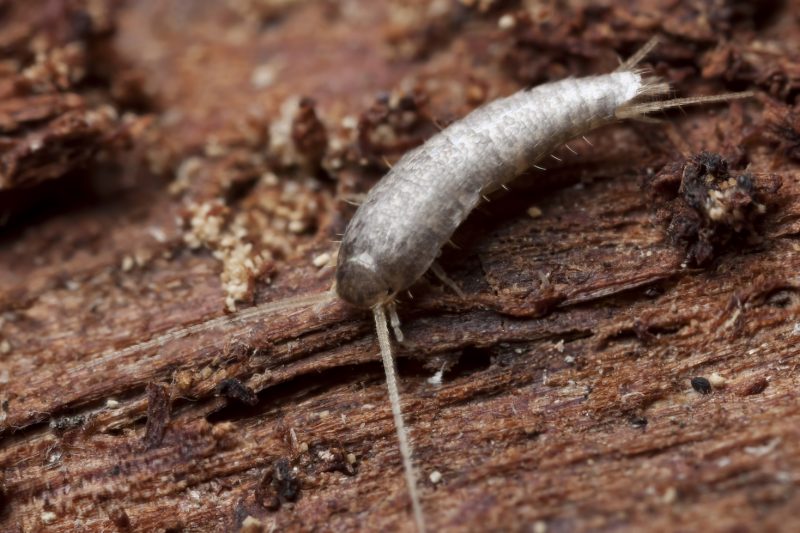 Although the images and layout of A Field Guide to Insects of the Pacific Northwest are well done, this pocket guide is not designed for secure identification of insect orders. It lacks the keys and labelled illustrations that would allow careful identification. A reader can compare an insect to the photographs and the selection of species descriptions, but in many cases will not be able to say with any certainty what they have found. A brief listing of important features for each order would have been a worthwhile addition.

The choice of which insect species were included in the guide is also interesting. Species range from the common to the exotic, including introduced species.

While this field guide will not allow you to directly identify the insect you have just encountered while hiking in the wilderness or gardening in your backyard, it should allow you to start to track down its taxonomic group and general ecology.

Despite these reservations, this is a useful insect guide to start naturalists on the pathway to better appreciation of the enormous diversity of insects found in British Columbia. Designed for outdoors use, and in combination with the excellent quality of the photographs, A Field Guide to Insects of the Pacific Northwest is a worthwhile addition to any naturalist outing. 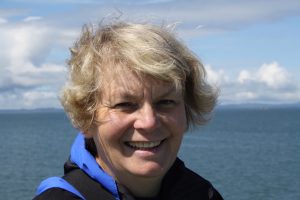 Dr. Norma Kerby is an ecologist who spent many years teaching biology and ecology in the regional post-secondary college system. “Since 2011,” she writes, “I have been coordinating a group of volunteer collectors and collecting myself for the Royal B.C. Museum. We collect invertebrates in Northwest British Columbia for the Museum, and each year send down a large number of samples (not identified to species). Our collections have had a significant impact on the knowledge of insects and other invertebrates in this part of the Province.” Norma is program administrator for the Northwest B.C. Reptile and Amphibian Monitoring Program (NWBC-RAMP). She lives in Terrace. 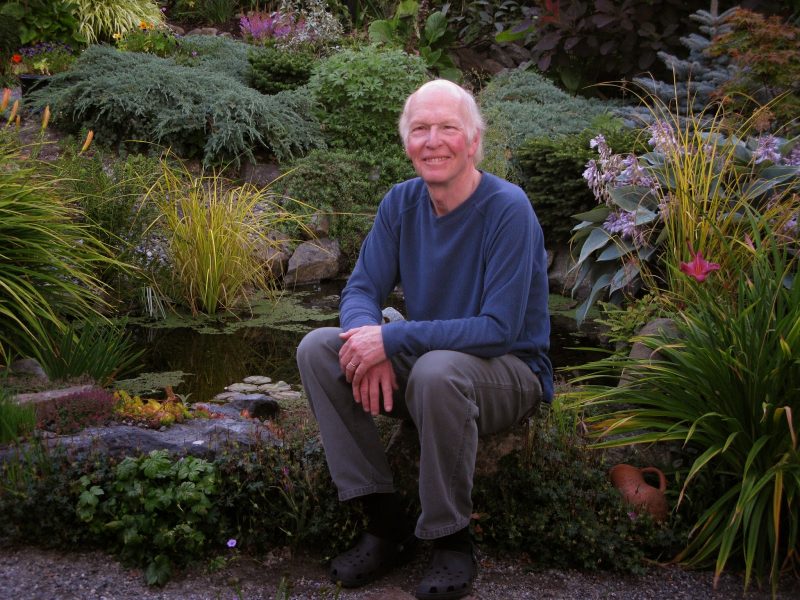 Rob Cannings in his dragonfly garden in Victoria.