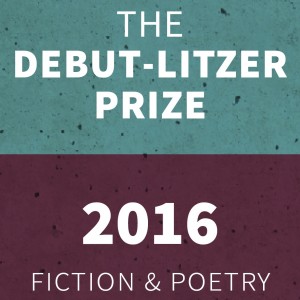 Raoul Fernandes has been writing poetry since his childhood, and is involved in both online and offline writing communities. He completed the Writer’s Studio at Simon Fraser University in 2009, was a finalist for the 2010 Bronwen Wallace Award for Emerging Writers, and won the 2010 Sakura Award at the Vancouver International Cherry Blossom Festival. His poem “After Lydia” was recently adapted into a short film. Transmitter and Receiver was also the winner of the 2016 Dorothy Livesay Prize for Poetry, and a finalist for the League of Canadian Poets’ Gerald Lampert Memorial Award, which recognizes the best first book of poetry published by a Canadian writer. He lives and writes in Vancouver, BC.

Other shortlisted books for the 2016 Debut-litzer Prize in Poetry include Jay Deshpande’s Love the Stranger (YesYes Books) and Melissa Bull’s Rue (Anvil Press). The winning authors will be featured on the podcast Late Night Conversation as well as become literary judges on Late Night Debut. Winners in both the poetry and fiction categories will be announced in August 2016. “I am amazed at the privilege of getting to have all these peculiar thoughts of mine collected into a book and reaching out into the world” said Raoul Fernandes, as the debut author of Transmitter and Receiver

“My childhood was not that strange,” he told BC BookWorld. “Riding bikes, camping, being bored at church or school, being nervous around girls, Archie comics, Super Mario brothers, kicking a ball around on a street.”

“Maybe some things could have influenced me,” he conceded. “The sparseness of the desert landscape, the tension between the many groups of people there. The muezzin chanting in the evenings. There was open desert a few minutes walk from my first house, stretches of people-less beaches. It was hot, it rained only a few times a year. But it was not exotic.”

“Most of the kids we played with on the street in UAE were from many different parts of the world,” he recalled. “We were influenced by western TV, music, and movies, so we saw North America as an exciting free place. So when the possibility of moving to Canada came up, I looked forward to it.

The Fernandes family emigrated from Dubai to Tsawwassen in 1993. “Mostly I was happy, or as happy as an awkward 14-year-old could be,” he says. “I remember music being a big deal in what was keeping me grounded; bands like Nirvana, Pearl Jam, REM. I wasn’t reading poetry at all. I was filling up notebooks with what I thought poetry was. Angsty, melodramatic stuff.”

He kept writing. Sixteen years after arriving in Canada, he was accepted into the SFU Writer’s Studio, in 2009, with Rachel Rose as his poetry mentor. “I didn’t realize how hungry I was for an educational environment,” he said, “and what a deep pleasure it was to be invested in and practicing a discipline that meant so much to me.” Shortlisted for the Bronwen Wallace Award for Emerging Writers a year later, he created a file on his computer called “thebook.doc.”

The second place to which he mailed his manuscript picked it up, not long after he got married and had his first child. His debut collection, Transmitter and Receiver (Nightwood $18.95), is not easy to define. There’s a poem about a tulip vending machine. A poem about kids getting high on a roof. A call-centre poem. A janitor poem. A poem about building a flying machine with old walkmans. Poems from the point of view of a sad ATM machine. Poems about trying and failing to connect. Love poems. Trust poems. Fernandes’ debut collection won the 2016 Dorothy Livesay Poetry Prize.

“When people ask what I write about,” he said. “I don’t have a simple explanation. I could say I write poems that struggle with ‘what it means to be a human being right now,’ but that’s too grand and too vague at the same time. And who writes poems that aren’t about that?

For Transmitter and Receiver, Fernandes said he wanted a title that is very “open,” like John Ashbery’s Some Trees or David Berman’s Actual Air. He felt that transmitting and receiving is what a poem does, what a book does, what a mind does. “To me, it also implies the distortion, the interference, the invisible stuff lost in the air. Occasional moments of clear music. One could also think about what goes on inside the body and brain, nerves sending signals, neurotransmitters, etc.”

Section one is playful, about writing and communication. Section two has Weird Suburbia poems. Section three has home poems, domestic poems, love poems. “I am trying to figure out my relationship with the outside world, work, strangers, concerns about the environment,” he said. “Paradoxically, this is what love and having a child can force one to reckon with.”

Raoul Fernandes’ poems have been published in PRISM International, The Malahat Review, subTerrain, CV2, Poetry Is Dead and other publications. In 2013 he was a runner-up for subTerrain‘s 2013 Lush Triumphant Award. He is an editor for the online poetry journal The Maynard. And he has never gone back to Dubai.

These days, Raoul Fernandes said, in 2015, “I do most of my writing in coffee shops while my son naps,” he says.