David Stouck finds much to his liking in Son of a Trickster. 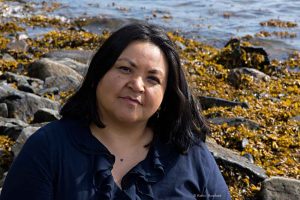 Eden Robinson's third novel, Son of a Trickster, is the start of a new trilogy. Robin Rowland photo.

From brutal realism to magic realism, Eden Robinson poses a connection between drugs and mythology.

REVIEW: Son of a Trickster