Donald shortlisted for a WIBA 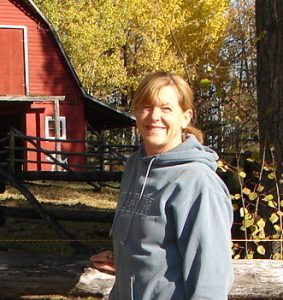 R.E. Donald has been shortlisted for a Whistler Independent Book Award in the fiction category for Yellowhead Blues (Proud Horse 2019), the fifth in her Highway Murder Series. The book opens with former RCMP investigator-tuned truck driver, Hunter Rayne on the road in his eighteen-wheeler when he’s flagged down to help calm a horse with a bloodied saddle and no rider. The RCMP arrest a man for the murder of the horse’s owner but Hunter believes they’ve got the wrong man and sets out to uncover who stood to gain from the death of the wealthy ranch owner. Rayne’s beliefs are shared by a rookie female RCMP constable who joins him in the search for the truth. She befriends the dead man’s young fiance in an effort to get answers, and discovers that the vulnerable Texas beauty is not who the victim believed her to be.

Donald’s previous title in the Highway Murder Series, Sundown on Top of the World (Proud Horse 2016) was also shortlisted for a WIBA.

The Whistler Independent Book Awards provide independently published authors with a unique opportunity to have their work recognized through a juried process.

In addition to R.E. Donald, other WIBA fiction nominees are:

Jennifer Rouse Barbeau for Dying Hour
Roy Blomstrom for Silences
C.V. Gauthier for Charlee LeBeau & The Gambler’s Promise
Laurel Mae Hislop for F-Holes of Melancholia
Tanya Lee for The Wolf and the Rain

The WIBA non-fiction nominees are: