Stories of uprooted people in their new homelands, out of place and out of kilter. 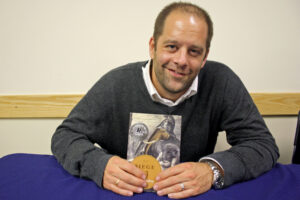 Tamas Dobozy’s "Siege 13" was shortlisted for the Governor General’s Award and won the Rogers Writers' Trust Fiction Prize in 2012.

Tamas Dobozy’s new short story collection tells of, among others, a professional wrestler previously an Olympic hopeful in his ancestral home; a Canadian diplomat’s son who marries into British aristocracy; and an Hungarian man orphaned during WW 2 and raised in North America.

While reading about these displaced individuals, some downtrodden, some deranged, all grappling with lost or imagined ideals, I sensed a few implicit, recurring questions in the text: How might an individual deal with lack of place, lack of roots, and the corresponding lack of personal fulfillment? How does a person embody place? How do they bring place with them?

In Ray Electric three friends, Bánko, Huba and Írén, escape communist Hungary to Austria in a makeshift hot air balloon, eventually settling in Kitchener, Ontario. They have to go because Bánko, wrestling star and Olympic hopeful, paralyzes his wrestling coach, Maxim Zabrovsky, a Kunist thug fallen out with the current regime. The trio live together in a small brick house, a love triangle, an island unto themselves—Budapest, Ontario. 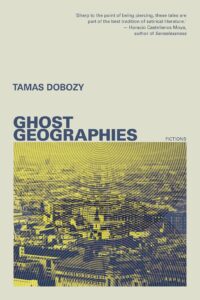 Bánko has reinvented himself as Ray Electric, a professional wrestler on the rural circuit, partying and whoring, steadily declining, until he ends up in illegal underground pit fights. He drags his shattered dream and increasingly shattered body through every provincial backwater, into every fleabag motel, the drugs and venereal diseases passing through him. At his nadir, he considers an offer to fight a bear as sick and old as he is. When Huba tries talking him out of it, he sees Bánko’s face catch the light. It reads like a map charting failure, self-abuse and disenchantment: “From certain angles it looked as if he’d borrowed someone else’s skin, ill-fitting and outworn and long ago discarded after one too many repairs.” It never was Bánko’s life, but he lived it anyway, and he made the worst of it too.

The principal character of Nom de Guerre is Nikolas Blackman, born in Paris, 1969, to a Canadian diplomat and a Russian ballerina. In his short, precocious life as a sex addict and political philosopher who marries into the British aristocracy, Nikolas will only ever be stateless, cosmopolitan. He personifies utopia, no place. His sister Sophie tells him that even when he’s not there he’s still there.

In 1990, Sophie goes missing from her boarding school in Switzerland and officially declared deceased. Nikolas comes from Oxford, views the corpse, doesn’t believe it’s her, but she’s gone either way. In 1992 he begins receiving postcards closely spaced in time, from all over the world, from a person he believes is Sophie: “June 23, 1991, Beijing; June 24, 1991, San Francisco; June 25, 1991, Valparaiso.” He concludes that “each postcard deserves an atlas of its own … as if each one was sent from another world, another timeline, another Sophie alive but impossible to get to.” This interpretation aligns with the many-worlds interpretation of quantum physics that Nikolas applies to political ethics, which he appears to refine from beyond the grave.

He’s presumed dead in 2015. His posthumous book ‘Dyschrony’ is a collection of disturbing, unconnected historical moments, one per year. Dobozy ends the chapters of the story with them. These found facts structure the narrative while ignoring its action and thematic concerns. They activate the disjunctive tension between global events and private life. In response to Nikolas Blackman’s oeuvre, and once he isn’t around to defend himself, scholars accuse Nikolas of having not committed to an ideological position. In my view, his unwillingness to identify politically reads as an antidote to the dire humanitarian consequences of ideological conviction throughout the 20th century. 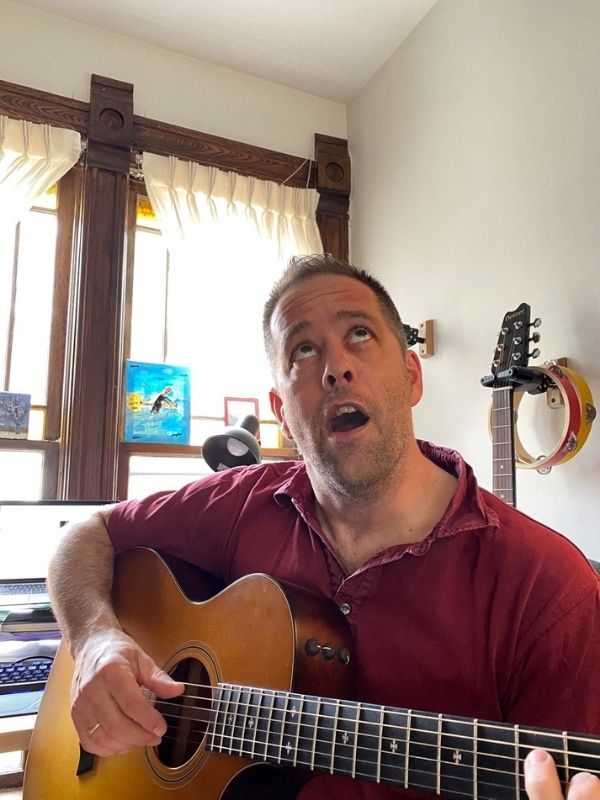 The story from which the volume borrows its title is about Sándor Eszterházy, an Hungarian man orphaned during World War II and raised in New York City and Toronto. Until history (9/11 and the War on Terror) disrupts his movements again, he wanders ceaselessly back and forth across the Canadian-American border, staying in flophouses, mapping vacant lots wherever he goes. He charts an imagined fragmentary country made up entirely of these vacant lots, sketched or described on beer coasters, postcards, the insides of takeout coffee cups. Eszterházy transports this imagined country in a battered suitcase, as if compiling all this emptiness will fill his own void. He likes to keep moving, it seems, because if you’re always going somewhere you don’t need to be anywhere.

Ghost Geographies dramatizes the displacing effects of power, both real and imagined. For our enrichment, and to his credit, Tamas Dobozy surveys with efficacy and feeling the intractable human spirit caught in the middle, rescuing some of the lost and unlucky, marooned on an alien continent that is no place. 9781554201792 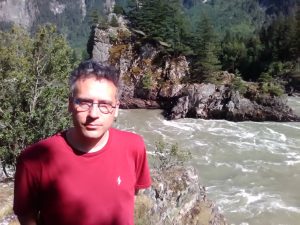