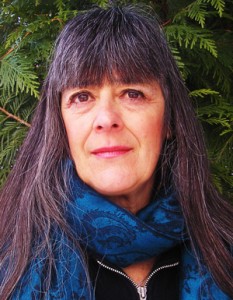 Known for writing creative non-fiction about the wilderness, especially the classic memoir Wilderness Mother (Lyons & Burford, New York, Whitecap 1994) and the 1997 Hubert Evans Award nominee Clara and Me (Whitecap 1996), Deanna Kawatski has published a new book about saving ancient trees in B.C. Big Trees Saved and Other Feats: The story of the Shuswap Environmental Action Society (Shuswap Press 2014) covers 25 years in the life of a group of grassroots activists who stood up for what they believe.

“This book confirms my suspicions about human kind,” writes Joe Foy, National Campaign Director of the Wilderness Committee in the book’s foreword. ” Not everything that people do is about self-interest. Sometimes people really do devote themselves to the benefit of future generations. The story of the Shuswap Environmental Action Society is an inspiring saga of regular people making a huge difference – such a huge difference in fact that you can not only read their story in this book, you can see it from outer space! In encourage you to to to Google Earth and have a look at the precious ancient forests that SEAS was able to gain protection for – and to contemplate the ocean of clear cuts that surround them.” 978-0-9917873-7-1