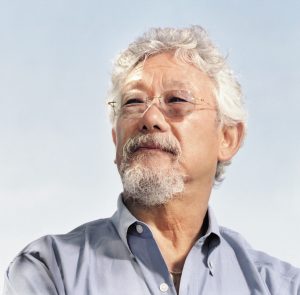 David Suzuki has seen the future and it is slush, not ice. So it's time to get serious about remedies.

David Suzuki and Ian Hanington have provided realistic solutions in Just Cool It: The Climate Crisis and What We Can Do.

If we are not collectively mindful, it’ll mostly be Canoes Only on the Rideau Canal. Ice hockey could be declared an Endangered Sport.

With a catastrophically narcissistic president in the U.S. who believes that climate change is a Chinese hoax, and with our own increasingly stressful streets filled with SUVs, we need sane, scientific leadership more than ever. Are you a climate change denier or skeptic? Do you make fun of Al Gore? Just Cool It examines your arguments and has them covered. The Heartland Institute, for example, argues that “global warming is a myth; that it’s happening but it’s natural … that it’s happening but we shouldn’t worry about it, that global cooling is the real problem … that CO2 is a benign gas that stimulates plant growth.”