A duty to humanity 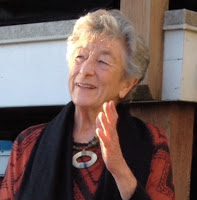 With illustrations by Marc Luc Poelvoorde, Helen May’s self-published novel Mother Tongue (Friesen Press 2016) is about a Scottish girl, Madelaine, who was born in South Africa near the outset of World War II and the apartheid era. “Raised by the Zulu people who work in her family’s household and on the farm, Madelaine speaks Zulu and learns from them valuable messages about kindness and survival. When she attends the village school, she is punished for her friendship with the Zulu, thus beginning a lifelong, soul-searching journey towards practicing kindness and forgiveness in a world torn by prejudice.” Madelaine eventually drives from Rio de Janeiro to Vancouver where her marriage disintegrates and she recognizes Canada’s racism and colonization in terms of its indigenous people. Her own ‘duty to humanity’ comes to the fore during a series of epiphanies fueled by compassion. 978-1-4602-8342-4 / unpriced.

A resident of Vancouver, Helen May has worked as a life story coach, an oral storyteller and an Early Childhood Educator. Her educational books are The Possibilities of Music and Stories (1975) and It Works (1987).