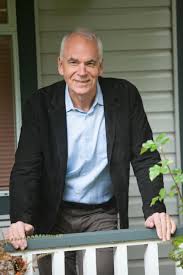 Although he had been a fighter for social change as a social housing planner, it took the birth of Al Etmanski’s second daughter to transform him into a crusader deemed worthy of the Order of Canada.

She had Down syndrome. With his self-described “warrior mentality,” Etmanski soon found himself head of the largest disability rights group in B.C.

“Our activism produced a string of successes,” he says, “including closure of B.C.’s three large institutions for people with developmental disabilities, all its segregated schools and many of its segregated classrooms and sheltered workshops. We blocked roads, sued government and won an important right-to-treatment court case. This all gave birth to what is now called the community living movement.”

But Etmanski felt he was at a crossroads. He regarded some of his achievements as hollow victories. “For me, these advances were tarnished by two realizations, one personal and the other cultural…

“I had become the very dragon I’d set out to slay. I left behind me a trail of busted relationships, particularly with government but also with some of my colleagues.

“Second, although the physical institutions were closing, an institutional mentality still occupied society’s collective psyche. People with disabilities were no longer segregated, but they were not part of their communities.”

As a parent activist in the disability movement, Etmanski eventually co-founded PLAN with Vickie Cammack, radically altering societal norms and attitudes as to how people with disabilities should be integrated into society, rather than segregated.

Planned Lifetime Advocacy Network (PLAN) now assists families across Canada and globally to address the financial and social well-being of their relatives with disabilities, particularly after their parents die.

Etmanski has proposed and led a successful campaign to establish the world’s first savings plan (Registered Disability Savings Plan) for people with disabilities. It has benefitted more than 500,000 individuals with disabilities, and the organization has mentored over 40 similar organizations worldwide.

Now internationally recognized as a social innovator, Etmanski has self-published three books. Safe and Secure (PLAN 1996, 2009, 2015) outlines seven steps on the path to a good life for people with disabilities. A Good Life – For You and Your Relative with a Disability (PLAN 2000) is another instructional guide for health care and family welfare.

In 2014, both Etmanski and Cammack were awarded the Order of Canada “for their success in empowering persons with disabilities to participate in and contribute to Canadian society.”

As well, Etmanski has been a faculty member of John McKnight’s Asset-Based Community Development Institute since 1995 and he has received the Queen’s Jubilee medal; Simon Fraser University’s Distinguished Leadership Award; the Civic Merit award from the City of Vancouver and the Governor General’s Meritorious Service Medal.

Now Etmanski’s third book, Impact: Six Patterns to Spread Social Innovation (Orwell Cove $17.50) is far more philosophical and broader in scope than its predecessors, essentially encouraging others to have the temerity to generate social change. The foreword has been supplied by David Suzuki’s daughter, Severn Cullis-Suzuki.

“Let’s bring magic into our work,” she writes. “Al has learned through his successes and failures that coming together is the only way forward. We are not alone; we are inextricably dependent on one another, and that’s what is so difficult and beautiful.”

In Impact, Etmanski describes his own trajectory, from his beginnings as an adult educator and youth worker, to becoming one of the first two Canadians accepted into Ashoka’s global fellowship of social entrepreneurs.

The turning point appears to be Etmanski’s decision to enter into a life partnership with his wife Vickie Cammack, a social innovator who had founded Canada’s first Family Support Institute.

In response to a group of older parents wondering what was going to happen to their sons and daughters with disabilities when they themselves died, all parties agreed to work together. “To our surprise, we encountered a demographic tsunami,” Etmanski recalls. “For the first time in history, a generation of people with disabilities was about to outlive their parents, and no one was doing anything about it.”

It was Cammack’s and Etmanski’s determination to ease the fears of those aging parents that led to the formation of PLAN in 1989.

“We realized that one of the biggest handicaps facing people with disabilities was their social isolation,” he writes. It’s not sexy. It hardly ever makes the headlines. But Etmanski and Cammack have marched at the head of a phalanx of segregated people who are asserting their rights to be seen, heard—and cared for.