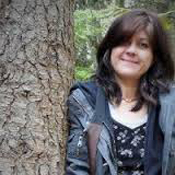 The story begins with the vanishing of a young rockabilly singer named Kiera in the Hazeltons, a group of villages in Northern B.C. In Greenaway’s forward she says the story is told from the perspectives of Leith and his temporary constable Dion. The police set up shop in the small police detachment in New Hazelton and live across the street in the Super 8 Motel.

“Leith is based on men I know, a composite of wit and cynicism and doggedness, along with a delightful array of flaws,” she writes. “I take Dion’s sense of solitude and vulnerability from my own years working as a court reporter in the Smithers/Hazelton, Terrace area. I have put in my share of miles along that highway. I’ve lost control of my car on icy roads, been trapped by a blizzard in that same motel, and often stood awestruck, like Dion, at the beauty of the North.” Available in April 2016. 978145934371