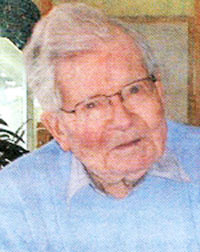 The long-serving co-founder of the Fiddlehead literary journal and publisher of Fiddlehead Poetry Books (later Goose Lane Editions), Fred Cogswell, died in New Westminster, B.C. on June 20, 2004 of a heart aneurysm at age 86. Like the poets Pauline Johnson and Al Purdy, and novelist Sinclair Ross, Cogswell was not a British Columbian at heart, but he had come west to live with his daughter in his old age. The first poetry book printed by Fiddlehead Poetry Books was Fred Cogswell’s own The Stunted Strong, a sonnnet sequence, in 1954. He became publisher of Fiddlehead Poetry Books in 1958. He published more than 300 volumes prior to his retirement in 1981. He was replaced as publisher by Peter Thomas in 1982 who changed the imprint’s name to Goose Lane Editions and began to also publish fiction. In 2005 Goose Lane issued a second edition of Cogwell’s first book, The Stunted Strong, to honour him and to mark the golden anniversary of the press. Cogswell mentored Candice James, a New Westminster poet laureate who founded the Royal City Literary Arts Society which, in turn, generated the annual Fred Cogswell Award For Excellence In Poetry in 2014. This year’s judge is George Fetherling. For info, visit https://rclas.com/awards-contests/fred-cogswell-award/