City of Van Prize up for grabs 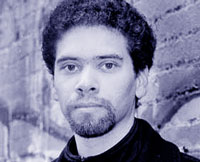 The 2015 winner of the City of Vancover Book Prize was Wayde Compton for The Outer Harbour from Arsenal Pulp Press.

After a one-year stint as the Vancouver Public Library’s seventh writer-in-residence in 2011, Wayde Compton took over from Betsy Warland as the director of Simon Fraser University’s Writers Studio in 2012 and later released his first collection of short stories, The Other Harbour (Arsenal Pulp 2014). It received the $3000 City of Vancouver Book Award from a field of finalists that included the illustrated kids’ book Mr. Got to Go, Where Are You? by Lois Simmie and Cynthia Nugent, a local history entitled Live at the Commodore by Aaron Chapman, and Bren Simmers’s poetry collection Hastings-Sunrise. Previous winners include Amber Dawn, Michael Christie, Chuck Davis, Jean Barman, Madeleine Thien, Wayson Choy, and inaugural winner Paul Yee.

In 2002, Wayde Compton instigated the Hogan’s Alley Memorial Project, with a goal to preserving the public memory of Vancouver’s original black neighbourhood. Hogan’s Alley was the informal name given to Park Lane, an alley running through the southwestern corner of Strathcona in Vancouver’s East End.

Authors and publishers of books that contribute to the appreciation and understanding of Vancouver’s history, unique character or the achievements of its residents are invited to submit entries for the annual City of Vancouver Book Award. The winning book can be of any genre and will demonstrate excellence in content, illustration, design, and/or format. To be eligible, books must be published in 2016 or 2015 and meet the application criteria.

All entries must include: four copies of the book, a $20 submission fee, and a completed entry form. Entry forms and guidelines are available on the City’s website at vancouver.ca/bookaward.

The winner will be chosen by an independent jury, and will receive a $3,000 cash prize. The award will be presented on Monday, October 3 at the Mayor’s Arts Awards at the Roundhouse Community Arts & Recreation Centre.

Other recent winners of this prize include David Stouck for Arthur Erickson: An Architect’s Life and Amber Dawn for How Poetry Saved my Life.

If you have any questions about eligibility of your book, please contact Kristen Lambertson at 604.873.7921 or kristen.lambertson@vancouver.ca