Carving a doorway into belonging

The letters, text messages and verses of two feminist Muslim poets with ties to Kashmir culminates in a book of their exchange. 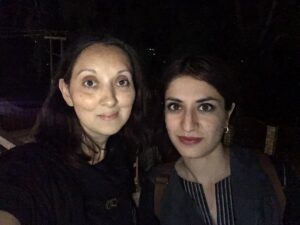 Although piously religious, both women write of their mutual questioning of Islam and their outrage at patriarchy, prompting these lines: “To write upon the surfaces of our exclusion / until we carve a doorway into belonging.”

Borrowing its title from The City of Daughters by Kashmiri-American poet Agha Shahid Ali, The city that is leaving forever: Kashmiri Letters (Talonbooks $19.95) recounts five years’ of friendship, 2014-2020, between Rahat Kurd writing from Vancouver and Sumayya Syed from Srinagar, the capital of Kashmir famed for its Himalayan beauty. An epistolary gathering of letters, text-messages and 29 of their poems, their task, they agree, is “to name the things that can survive erasure.” 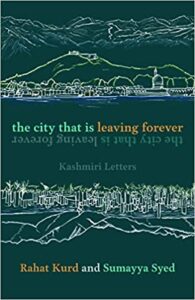 Like Northern Ireland, Palestine, and other tragedies, Kashmir has a long history of foreign occupation and violence. After the subcontinent’s secession from the British empire in 1947 and partition, India assumed control of Kashmir following attacks from Pakistani tribals in a disputed annexation. The state had a chiefly Muslim population in major areas, along with Jammu’s Hindu communities, Ladakh’s Buddhist majority and a Hindu maharaja ruling them all. A promised plebiscite on its political future—whether to join Pakistan or India—has never taken place.  Three wars between India and Pakistan failed to settle the issue and there has been bungling and deceit on both sides. Attempts to discus alternative futures remain a white-hot issue and militant Muslim resistance to New Delhi’s control still festers.

Kurd (Cosmophilia, 2015) and Syed are poets of place. Kurd has lived in Vancouver for twenty years. A single mother with a teenage son, we learn belatedly she is going through a trying divorce action. Syed, we also learn later, attended grad school at UBC and works in a clerical position at a university. Ardent feminists and sick of the situation in Kashmir, happiness seems to elude both women. They are pious, though not uncritical Muslims and from the depth of their religious salutations and benedictions that are offered with tenderness and care, each writer derives solace from her faith. At a time in North America when spiritual conviction slips another point or two each season, it’s affecting to witness intellectuals still affirming strength from the divine in times of personal crisis.

Living in Srinagar, Syed is notably vulnerable. In her letters to Kurd, there’s no end to the indignities she describes that are imposed by military occupation—incidents of “suspended mail deliveries, communications blackouts, travel restrictions and banned news coverage,” as well as allegations of extrajudicial killings, torture and rape. These letter exchanges are vital to her and to those like Kurd who await them in the Kashmiri diaspora. Supportively, Kurd writes that their correspondence is challenged to bring “order, legibility, and linear cohesion to seeming chaos.”

Syed initiates an exchange of poetry that blossoms.  In a fragment of an untitled work she relates that what binds the two in the face of disparate geographies is “…Facebook, there’s Gmail, there’s a search history /… There’s a playlist between us…There is God.” The pair observe the synchronicity of snow and water between their cities as a kind of “Tropic of Poetry.”  They also note their mutual questioning of Islam, its historic exclusions of women from Cordoba, Spain to Kashgar, China. This conversation is compounded when Syed reports on an Umrah pilgrimage to Mecca with her mother: the pair are outraged at the strict security within the holy sanctuary areas, prompting Syed to write of her “extreme disgust with patriarchy.” With pent-up anger of her own, Kurd responds from Canada in a poem asking, “could our acts of inspiration/be our true acts of rebellion? /To write upon the surfaces of our exclusion /until we carve a doorway into belonging…” 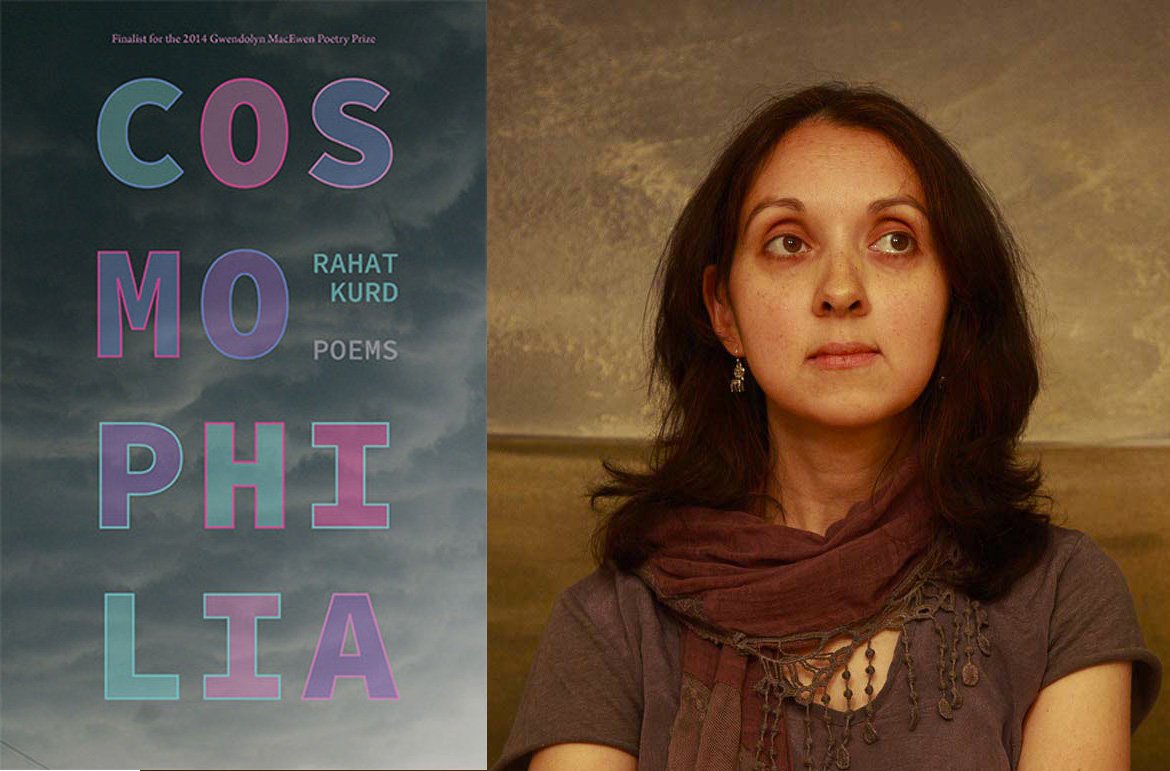 Kurd comments at one point that it has been a year since the killing of Kasmiri hero, Burhan Wani when a subsequent government crackdown compelled her to cancel a visit to Srinagar.  The result has been, as Syed has noted, “the clash of extreme force and extreme resistance.” Few Canadian readers however, will know of this rebel leader killed in a gun battle and an explanation of his significance is needed. That’s the rub with reading text message conversations that tend toward the hyper-lean. Occasionally an e-link reference will appear that if searched provides valuable depth information, but in print this doesn’t work and critical narrative meaning is lost.  Some basic footnotes would provide clarity.  A back-of-book glossary of the dozens of Urdu terms would also be helpful.

But life goes on. Ultimately, Kurd is able to visit Srinagar for a family wedding. The friends meet, but there is illness and some things are unaccomplished. Syed talks of an engagement, then disillusionment.  Kurd mentions a rare, welcome stroll with her son, and both find retreat in the landscape comforts of their cities —Vancouver’s wooded parks, Srinagar’s Dal Lake houseboats and Mughal gardens. It’s these simple moments that offer relief from daily hardship, but the coronavirus arrives in Kashmir too, then existential crisis ensues. Inspiration comes through craft discussions and searching poetic analysis, particularly the stylized Persian ghazal form each loves. Rahat shares a searching poem/critique, Alkohol with a blistering view of gender relations, proposing, “Could it be the only sexy thing/ever suspended in the air/between women and men/…the promise to meet as equals?”

But the grief continues. Syed takes her little niece out to the festive Eid prayers in all her finery and they must walk among armed soldiers while the mosques are “roaring with the takbeer prayer”—Allahu Akbar. When the child’s innocence backs off the soldiers, she bravely offers to escort her grandparents outside. It’s heartbreaking to read. Her auntie concludes, “the zeitgeist isn’t of revolution but wretchedness.”

By the end, as Kurd hopes, their poetic correspondence creates “a fierce, substantial body of work”—not without imperfections, but that defiantly recounts in a time of conflict and trauma “what love is possible from a place of despair.” 978-1772013573

This review will be edited and published in BC BookWorld, Summer 2022.