Burning down the house

Artist Tom Burrows once resided, Malcolm Lowry-like, among the free spirits who had set up camp on the Maplewood Mudflats, east of Ironworkers Bridge. 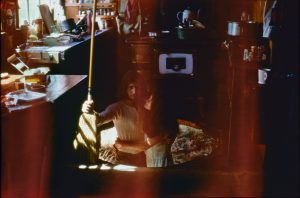 Tom Burrows and his wife, Ida Carnervali, in trap door of their mudflats abode, circa 1969-70.

In 1971, the local government burned down the squatters’ ramshackle huts and cabins that were perched on a tidal plain that skirts Burrard Inlet.

Born in Ontario in 1940, Tom Burrows moved to Vancouver in 1960 hoping to study medicine, but instead earned a B.A. in art history at UBC in 1967. Burrows furthered his studies at Saint Martin’s School of Art in London, England. Here, reviewer Robert Amos, after noting the artistic and intellectual influences on Burrows — including dada, performance, installation, minimalism, formalism, found objects, titular mnemonics, and photo + text — identifies what he calls the artist’s “junkyard minimalism” and relishes Burrows’ interest in the stories of his own life. “And with that, the artist began to tell those stories, and in that revealed himself.” — Ed 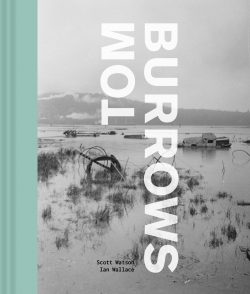 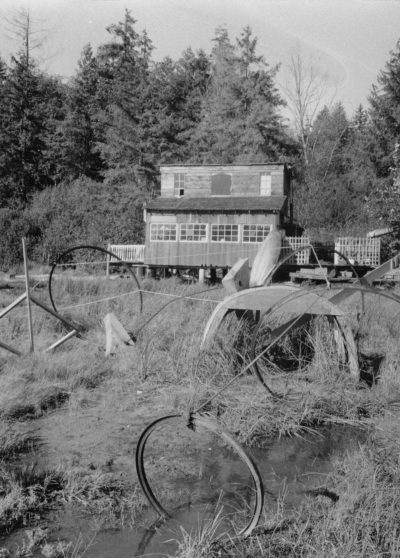 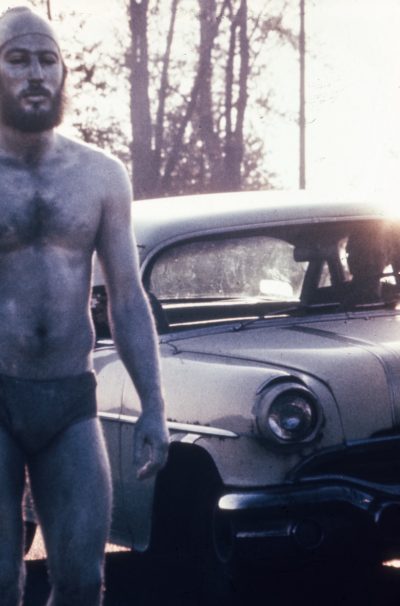 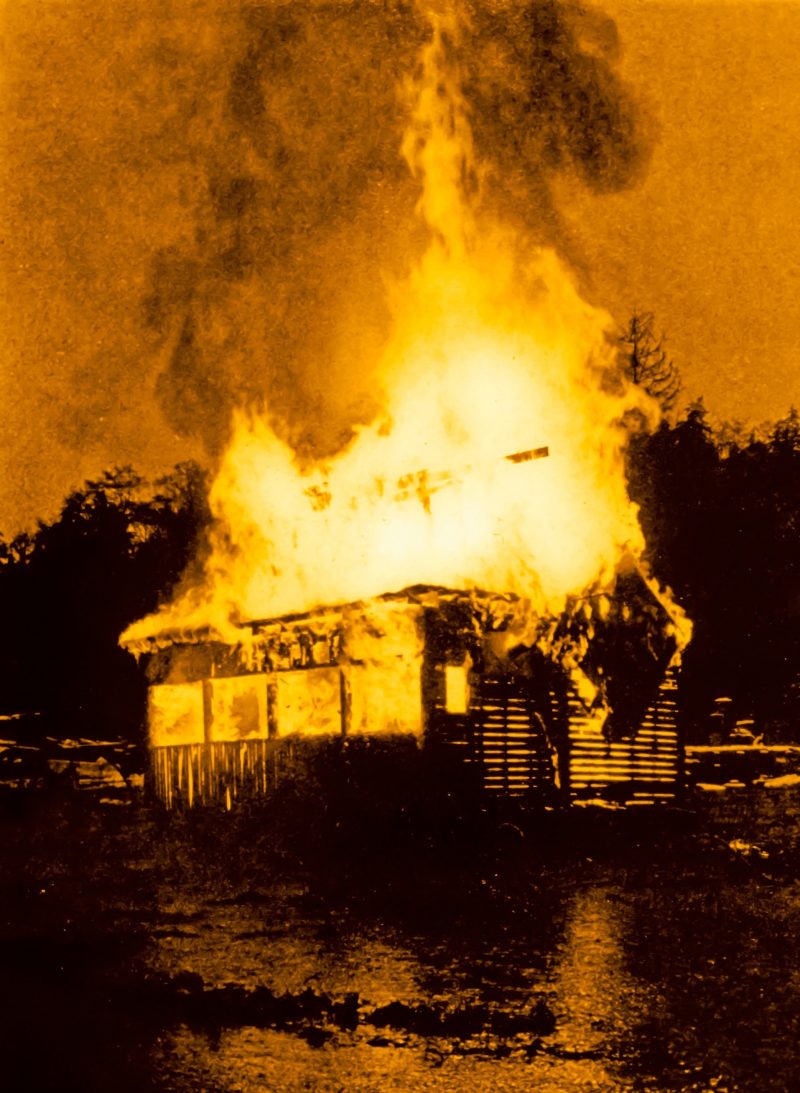 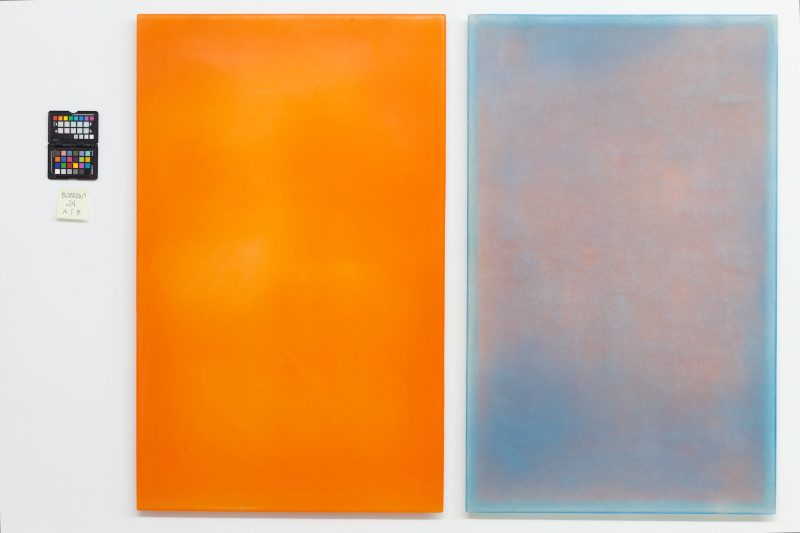 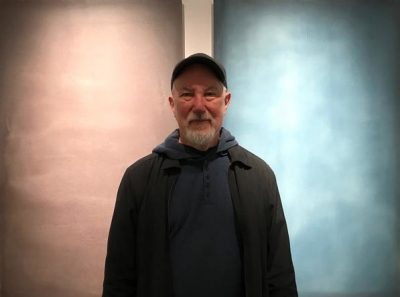 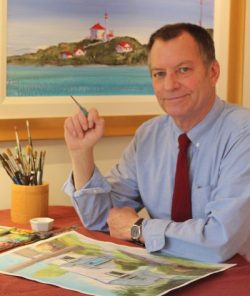 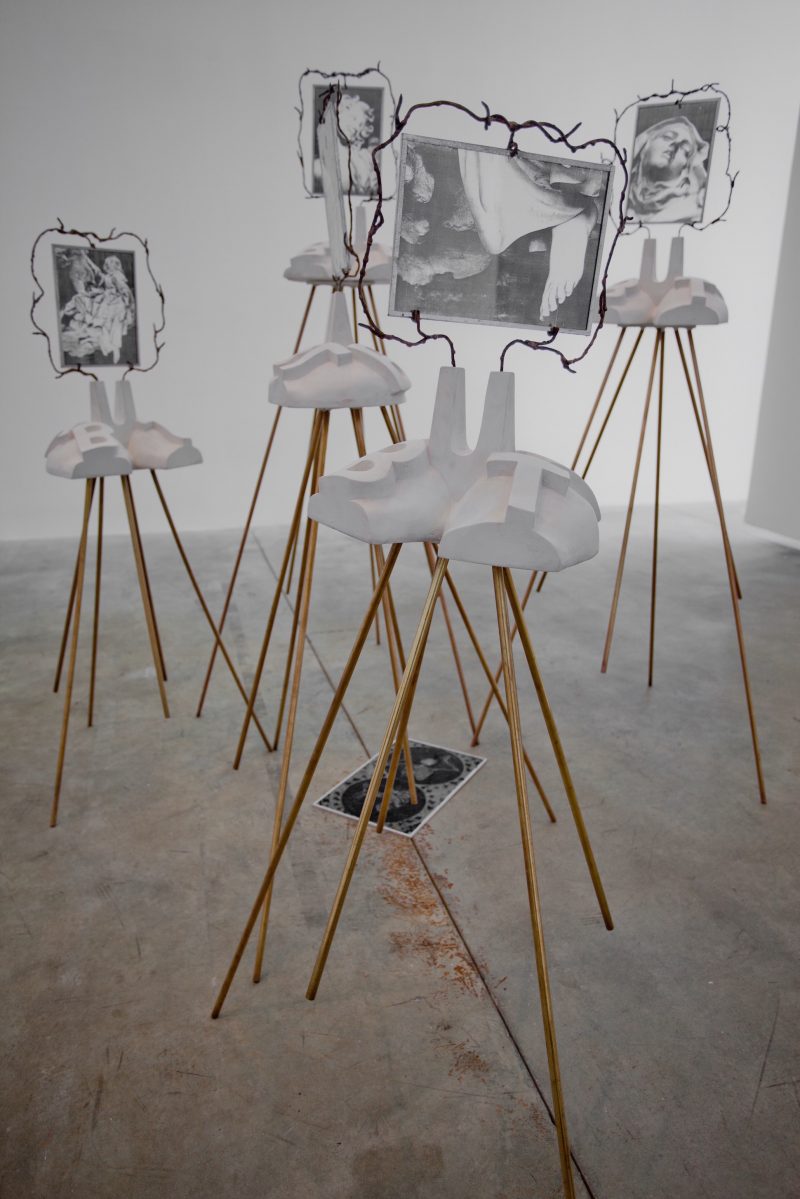 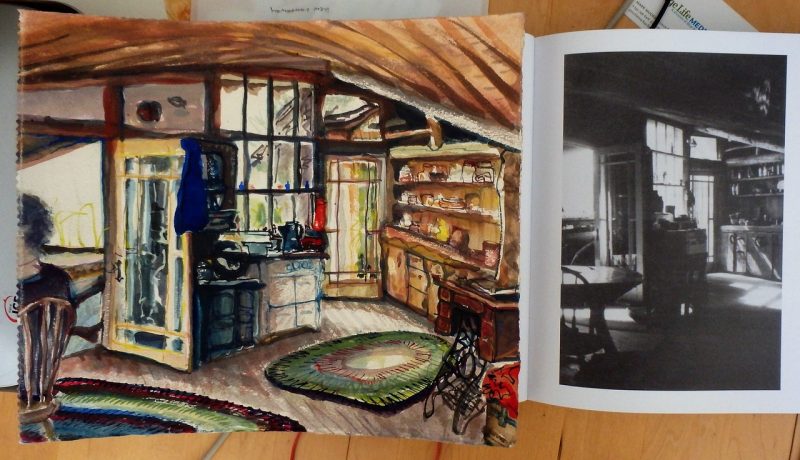