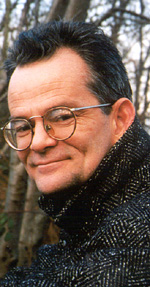 Never one to shy away from the truth in his fiction, medicine Grant Buday recalls Josef Stalin’s systematic starving of two million people in the Ukraine in the 1930s—known as the Holodomor—in his novel about Cyril Andrachuk, the only Canadian-born son of immigrant parents, set in Vancouver in 1962. In The Delusionist (Anvil $20), Cyril struggles with menial labour jobs during the day but draws incessantly and longs to attend art school. His mother can’t imagine why Cyril wants to draw his late-father’s tools—saws, drills, hammers, wrenches—and questions his sanity when he begins a series of large, commemorative “Stalin stamps” amid growing family distress. For anyone puzzled about the current headlines involving Russia and Ukraine, this darkly comic novel is a potent reminder why few people can ever escape from history, even at the western edge of European migration. “Buday captures the ambiance of 1962 Vancouver like an archaeologist opening a time capsule,” writes John Moore in a forthcoming BC BookWorld review, “the old Aristocratic Café, trying to sneak into Restricted movies on Granville Street’s glittering Theatre Row, ambivalent adolescent friendship and awkward adolescent love, but it’s the portrait of the immigrant family living in the small house symbolically located across the street from a large cemetery that makes this story ring so true. Cyril, the youngest Canadian-born son, may have no memory of the holocaust in the Ukraine, but he lives in its shadow, surrounded by whispered fears of the “dreaded Koba”, always reminded by the brittle bones and stunted stature his older brother suffered due to starvation as a child.” Critically well-received, but too downbeat to be trendy, Buday won the 2006 Fiddlehead Magazine short fiction contest since he relocated from Vancouver to Mayne Island. [Grant Buday photo by Snelgrove] 978-1-927380-93-2