Second coming of Maps and Dreams 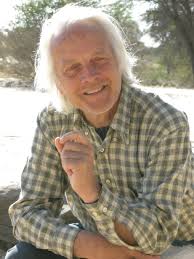 Borrowing the title from Hugh Brody’s 1981 anthropological study of the Dane-zaa–not appropriating it–Maps and Dreams is an exhibit at the Audain Gallery that explores conceptions and implications of land use through cultural and industrial lenses. Curated by Brian Jungen and Melanie O’Brian, the exhibition specifically considers the territory of the Dane-zaa people of northeastern British Columbia, now in Treaty 8.*

Maps and Dreams includes work by artists from the region who consider how this land and its human use is interpreted, represented and often contested.

Brody’s Maps and Dreams charts the Dane-zaa’s hunting, trapping, fishing, and ceremonial territories to give voice to and help defend a vibrant Dane-zaa traditional economy against colonization, specifically the pressures to compete with resource, agriculture and recreational industries.

Contrary to the expansionist dreams of settler culture, where land is seen as a resource to be used (up), Dane-zaa stories speak to an intimate and reciprocal knowledge of land that is not separate from human or animal existence. Dane-zaa mapping and dreaming holds a spatial and sacred understanding of the land where visions are drawn onto hides as dream maps. Rarely seen, these maps are keys to Dane-zaa memory, land use, spirituality, and survival.

For this exhibition, Maps and Dreams and Treaty 8 offer a set of cultural, historical, environmental and political markers in which the participating artists’ works are located.

The works connect the personal to the regional context through photographs, paintings, installation and conceptual documents that take up land-based kinship, the labour of land development, surface rights, and ethereal spaces of beauty and reciprocity. The artists present Indigenous and settler perspectives, take up forms of literal and figurative mapping, and through diverse strategies and speculative inquiries, engage with a complex entanglement between multi-faceted dreams and the land.

* Treaty 8 is an 1899 agreement between Queen Victoria and various First Nations of the Lesser Slave Lake area which promoted co-existence and resource sharing between Indigenous peoples and newcomers while theoretically allowing traditional ways of life to continue. It covers 840,000 square kilometers in northeastern British Columbia, northern Alberta, northwestern Saskatchewan, and the southern portion of the Northwest Territories. The region – boreal forest or grassland steppe, now used for agriculture – is a geopolitical and ecological zone where Canada’s largest revenue is generated from oil and gas. Following his groundbreaking study Indians on Skid Row (Ottawa: Northern Science Research Group, Department of Indian Affairs and Northern Development, 1971), anthropologist Hugh Brody, born in 1943, spent 18 months with a group of Beaver Indians in northeastern British Columbia, as a researcher hired by the federal government, in response to proposals for an Alaska Highway natural gas pipeline in 1978. Already fluent in French, German and Hebrew, Brody learned two Inuktitut dialects and concluded language is the key to understanding cultures. ‘Colonialism constitutes them [Aboriginal peoples] as ignoramuses – vessels to be filled with the truth. But if you ask them to teach you their language you give them a chance to reverse this – you are the one who doesn’t know anything. Instead of saying ‘seal’ you say ‘penis’ and they all laugh at you.” Collecting anecdotes, maps and research data, he produced his best-known work, Maps and Dreams: Indians and the British Columbia Frontier (D&M, 1981). As a follow-up, he produced a straightforward explanation of what four million square miles of Canadian Arctic means to the Inuit, Déné, Cree, Naskapi, Innu and Métis in Living Arctic: Hunters of the Canadian North (Douglas & McIntyre, 1987), published in conjunction with the British Museum and Indigenous Survival International. His work of fiction is Means of Escape (Douglas & McIntyre, 1991) and his films include Time Immemorial and Nineteen Nineteen, plus many documentaries on Inuit and Indian cultures.

Brody’s work as a social scientist contradicts the convenient stereotypes which imply that Indians never had, or sadly have lost, a real way of economic life. “The W.A.C. Bennett Hydroelectric Dam,” he writes, “illustrates the kind of disregard for the Indian interest that has accompanied northern development. The Bennett Dam created Williston Lake, the largest body of fresh water in British Columbia over 250 miles. In length, covering a total of 640 square miles. The flooded valleys were the principal hunting, trapping and fishing territories of several Sekani Indian bands. Their reserves were destroyed; they were dispossessed of the entire area of their traditional homeland, expected to move along, make do, or somehow disappear. And silently they did, withdrawing to higher ground, where they have lived ever since at the edge of other bands, in dire poverty and some social distress.”

Review of the author’s work by BC Studies:
Maps and Dreams Brody, Hugh. The People’s Land: Eskimos and Whites in the Eastern Arctic (Penguin, 1975).

Brody, Hugh. Inishkillane: Change and Decline in the West of Ireland (London, Boston: Faber and Faber, 1986).

Brody, Hugh. The Other Side of Eden: Hunters, Farmers and the Shaping of the World (North Point Press, 2001).