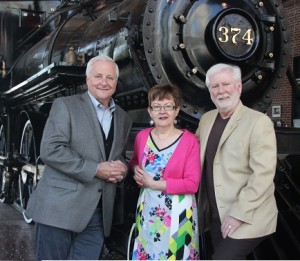 One of the most enduring B.C. titles has been In Search of a Legend, and Slumach’s Gold: The Search for the Slumach-Lost Creek Gold Mine (1972) by Rick Antonson, Brian Antonson and Mary Trainer. Repackaged in 2007 as Slumach’s Gold: In Search of a Legend, it served as the basis of a 6-part TV show, Curse of the Frozen Gold, that aired on the History Channel in 2015, Animal Planet viewed slated for 2016. Now the Antonsons and Trainer have reunited for Whistle Posts West: Railway Tales from British Columbia, Alberta, and Yukon (2015), a collection of train stories from B.C., Alberta and the Yukon spanning 150 years.