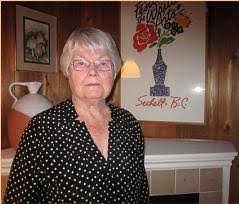 Co-sponsored by Yosef Wosk and the Writers Trust of Canada, the province’s most prestigious literary award will be presented in June when a plaque of B.C. marble will be installed in VPL’s Woodcock Walk of Fame in conjunction with a City of Vancouver proclamation of BC Author Appreciation Day.

Betty Carol Keller–author, playwright, historian and editor–did most of the heavy lifting to create the first annual literary festival in B.C., the ongoing Festival of the Written Arts in Sechelt. Significantly, its mandate from the get-go has been to focus on British Columbia’s authors not necessarily those published by larger eastern Canadian or international presses. The Festival is now preparing for its 39th season.

Along the way Keller has written seventeen books and served as one of B.C.’s most prolific book editors. “I’m not sure what the ‘C’ stands for in Betty C. Keller,” writes Jan DeGrass, “but I think it must be Constancy. No editor, teacher or mentor is as constant in her monitoring of the many writers whose lives and careers she has touched.” 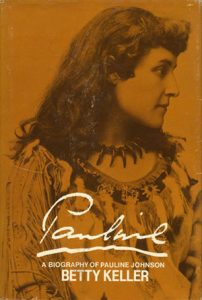 Born in Vancouver on November 4, 1930, Betty Keller has lived in the Fraser Valley, the Okanagan and the Kootenays, as well as Nigeria, where she taught in the Numan Women’s Teacher’s College for one year. Her parents were Anne Devine and Harry B. Devine. She grew up in Langley. “I am proud to be a third-generation BC person,” she says, “as my great grandfather and grandfather arrived in Vancouver in the spring of 1886, a month before Vancouver was incorporated as a city.”

“Our family left Burnaby in 1939,” Keller once told B.C. BookWorld. “It had been a struggle to keep all of us clothed and fed during the 1930s so the move to the country was intended as a solution to that. We had a 20-acre dairy farm ringed by forest, and my younger sister and I built forts there, swung through the trees, and played Tarzan. But we were a family of five girls so we had to learn to do the farm chores that boys would have done. The only thing we weren’t allowed to do was milk cows. My mother had been a school teacher, and she was determined her daughters would be ladies, and ladies do not milk cows.”

Keller graduated from UBC and received her teaching certificate in 1963. A high school drama and English teacher from 1963 to 1975, she became a faculty associate in Simon Fraser University’s Education Dept. (1975-1976, 1978-1979) and taught creative writing at UBC as a sessional lecturer (1981, 1982, 1985). She retired to Sechelt in 1980. In addition to guiding the Festival of the Written Arts as its producer from 1983 to 1994, she co-founded the SunCoast Writers Forge and the Sunshine Coast Writers-in-Residence Program. Betty Keller’s mentoring of other writers has continued to be extensive and influential for decades. “Although she does much of this mentoring and promotion for no financial reward and, once again, at the expense of her personal writing, she rejoices over each author’s success as if it were her own,” writes Rosella M. Leslie, one of the beneficiaries of Keller’s encouragement and guidance. 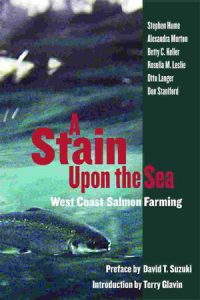 For more than 40 years Betty Keller has accepted freelance editing jobs, helping to refine and shepherd more than one hundred books into print, including those by her friends in the Quintessential Writers Group (Maureen Foss, Rosella Leslie, Gwen Southin), as well as books produced by writers in her critiquing classes. “I have never advertised,” she says. “I thoroughly enjoy substantive editing as most of it involves working closely with authors who really want to make a book with great potential even greater. And the odd time when I’ve found myself stuck with a really difficult author, I’m reminded that the remarkable editor Maxwell Perkins survived working with Fitzgerald and Hemingway and Thomas Wolfe, none of whom were exactly easy-going types. And their books were better because of him.” 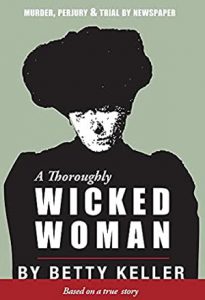 In addition, Keller has co-authored a history of the Sunshine Coast and collaborated on many books, credited and otherwise, such as Eileen Williston’s biography of her husband and Social Credit cabinet minister Ray Williston, Forest, Power, and Policy (1997). In 2001, Caitlin Press published her novel Better the Devil You Know, and she has released a humorous take on the early history of Vancouver, On the Shady Side.
Keller is better known for her biographies of Pauline Johnson, Ernest Thompson Seton and Bertrand Sinclair. Her Pauline Johnson biography won the Canadian Biography Medal for 1982 and was a Book of the Month Club selection for April 1983. It was optioned for film by Dreamreel Limited in June 1998. Her collection of plays, Trick Doors, was used as a course book for Grades 11 & 12 Acting in B.C. schools from 1975 to 1984. Her handbook for secondary school teachers of creative drama, Taking Off, was used as a course book for Grade 8 creative drama in B.C. schools from 1975 to 1983, accompanied by a guide for teachers and directors, Opening Trick Doors. She has ‘ghosted’ numerous works and was a co-author for Skookum Tugs, winner of the Bill Duthie Booksellers Choice Award for 2003.

Keller is also one of the co-authors of A Stain Upon the Sea: West Coast Salmon Farming, a critique of fish farming practices that received the 2005 Roderick Haig-Brown Regional Prize.

In 1985, Keller received the Gillian Lowndes Memorial Award for contributions to the cultural life of the Sunshine Coast. She was also honoured with the Talewind Books Award in 1996 and the Queen’s Golden Jubilee Medal in 2002. Betty Keller received the 1991 Lescarbot Award in recognition of her outstanding contributions to regional cultural activities. For her “significant contribution to compatriots, community and to Canada,” she was awarded a 1992 Commemorative Medal for the 125th Anniversary of the Confederation of Canada. In 2015 she was chosen to receive the Lieutenant Governor’s Award for Literary Excellence by a committee consisting of Kit Pearson (author), Michael Kluckner (author and artist) and Sandra Singh, Chief Librarian, Vancouver Public Library.

“It’s so great to see Betty recognized with a major award,” said book publisher, Howard White. “She is one of those rare writers who has put more effort into enabling and promoting other writers than into her own cause. Her contribution to letters in BC has been huge, and until now, mostly unsung.” The jury statement commended her contributions to B.C. as a writer, editor, teacher, mentor, arts activist and organizer: “Hundreds of writers have been nourished and encouraged by her dedicated teaching and mentoring. Her greatest legacy is as the indefatigable founder and innovative producer of the Sunshine Coast Festival of the Written Arts, one of the great literary gatherings in Canada. Betty Keller is a long-respected matriarch of the literary arts in this province.”

An interview with Betty Keller appeared in B.C. BookWorld, Autumn, 1989.