Bizarre murders and a police triangle 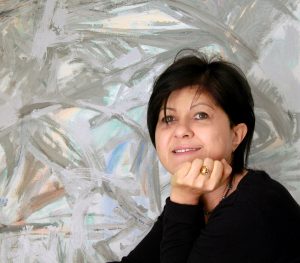 The fifth installment in her B.C. Blues Crime series follows the model created by police procedural writers who focus on the personal lives of police investigators instead of procedure.

You could speed read R.M. Greenaway’s latest mystery, Five Ways to Disappear (Dundurn $17.99) to make sure, but — despite several murders and the memory of another — there isn’t a single reference to firearms in this novel. That doesn’t make it unique. Guns are also much less common in British crime fiction than in the American genre, but like the previous novels in Greenaway’s B.C. Blues series, this novel is what’s often called a ‘police procedural’, where you might expect the occasional mention of duty side-arms carried even by detectives in Canada.

Greenaway has clearly sussed that not having a smoking gun in every half-dozen pages has advantages. It spares the reader having to wince at yet another erroneous evocation of the ‘smell of cordite’ in a room where shots have been fired. (Note to readers, cordite hasn’t been used since WW2 and then mainly by the British.) Back in the days of cordite, Agatha Christie discovered going gun-less also compels an author to invent methods of murder that are both more imaginative and more realistic. The killing that opens Five Ways to Disappear combines the banal and bizarre in equally intriguing measure.

On one of the suburban streets that dead-end on the steep-sloped forested margins of ‘development’ in North Vancouver, at the hour most people have breakfast, a man is found pinned to his front lawn by a long iron pole rammed through his throat. The top of the pole is surmounted by an amateurish painted wooden whirly-gig of the cartoon character Porky Pig, one of a row of equally tacky ‘artisan’ creations displayed for sale along the fence. RCMP investigators aware of the demographic of their patch suspect the murder may have been the result of an escalating dispute over neighbourhood ‘aesthetic values’ and start looking for suspects among the more upscale residents of the street.

No spoilers alert: you’ll have to read the book to find out how his case connects to two subsequent murders, one as comically bizarre as the first and the other so ruthlessly calculated it’s more terrifying for being almost mundane. The absence of all but the most fractionally circumstantial evidence linking the crimes reflects how the institutional professionalism of police officers isolates them from the very people they try to protect and serve, sometimes leaving them dependent on old-fashioned human intuition and dumb luck to uncover the tragic truth. 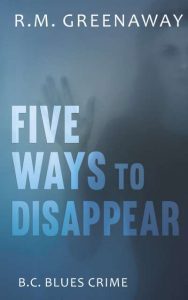 Five Ways to Disappear is the fifth instalment of the adventures of North Vancouver RCMP officers Cal Dion and David Leith, so readers new to the series may feel like they’ve arrived at the theatre in the middle of the second act. Early authors and film directors of ‘police procedurals’ quickly realized that the novelty of showing how police officers solve crimes wore thin faster than the cheap suits worn by their protagonists. Legal strictures governing police investigations inevitably make them repetitive and make police protagonists like Georges Simenon’s Inspector Maigret look like dull birds compared to ever more eccentric amateur ‘consulting detectives’ that followed in the footprints of Conan Doyle’s eminently imitable Sherlock Holmes.

From Hercule Poirot and the village busybody Miss Marple, to Philip Marlowe, Sam Spade and Nero Wolfe, amateur or private detectives could conduct intuitive ‘asymmetrical’ investigations and flaunt personal quirks that endeared them to readers by making them seem almost ordinary people the reader could identify with. Their authors usually employed police characters as stereotypical stooges, crude bullies or robotic straight-men typified by “Inspector Plodder,” meme of all fictional British flatfoots created by mystery writers, in the finest film send-up of the genre, Sleuth (1972), starring Michael Caine and Laurence Olivier.

Taking Rankin as her model, (you could hardly find better), Greenaway varies the formula by creating a triangle of characters, Leith, Dion and their female colleague JD, who are held together by the shared inherent stress of police work and indefinable emotional tension. As friends do, they love but don’t always like each other. While it may be elegant and stable in mathematics and engineering, in human relations the triangle is unstable and potentially explosive. In Five Ways to Disappear, Leith is considering an undercover assignment that would improve his career prospects but break up the team, while JD and Dion recognize their mutual attraction despite the latter’s secret guilt.

Five Ways to Disappear succeeds because Greenaway subordinates the internal personal and professional drama of the cops’ relationships and never loses sight of the real human tragedy at the novel’s core: the relationship between an aged arthritic social misfit and the great-grandson he hardly knows and didn’t expect to love.

Pandemic reading recommendation: get a copy of Greenaway’s first novel, Cold Girl, and catch up.