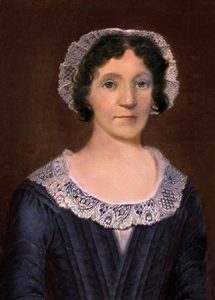 Published on Robert Burns Day, January 25th, Melanie Murray’s second book, Should Auld Acquaintance: Discovering the Woman Behind Robert Burns (Nightwood 2017) is a portrait of the Scottish poet’s wife, “bonie” Jean Armour, who herself was a talented but under-appreciated literary artist.

Jean Armour and Robbie Burns met and married at the village of Mauchline, then had a failed farm in Ellisland. They ultimately resided in Dumfries. She was a steadfast wife, and mother of nine.

Murray reveals her as a resilient and passionate character who overcame abandonment, the loss of her children, and the instability of her philandering husband. Should Auld Auld Acquaintance broadens our knowledge of the writer who was honoured with the first literary landmark in British Columbia, in Victoria, in 1900. A second Burns statue was erected in Stanley Park in 1928.

Murray goes so far as to assert that Burns would never have produced his songs and verses without Armour’s education and musical talent.

By analysing poems, letters and stories, Murray seeks to convince the reader that “the Belle of Mauchline” was a fascinating literary and historical figure.

Melanie Murray is a professor of literature, composition and creative writing at Okanagan College in Kelowna, BC. She holds a BA, BEd and MA in English, and a Graduate Certificate in Creative Writing.

“I’m sure that without Jean, we wouldn’t have the body of work from Burns hat we have today,” says Murray, “Everyone who knows Burns, knows Bonie Jean, but that doesn’t tell the story.”

Murray’s focus on Armour dates back five years, when she was in Scotland researching her first book, For Your Tomorrow, the Way of An Unlikely Soldier. That’s the story of her Scottish nephew Jeff Francis who served – and died – in the armed forces in Afghanistan. Being a fan of Burns, and with some time on her hands, she went to Mauchline, where Burns and Armour met, and visited the graveyard where their four daughters were buried.

Five years of research, tracing the steps of Armour and Burns, visiting the towns and homes where they lived, resulted in the book – and Murray’s intense respect for Armour. Burns died at age 36. Armour was 31 with six children to raise. She lived another 35 years. “She was giving birth to her last child as he was being buried,” Murray notes. “She was a strong, passionate, resilient woman.”

“I wanted to give her a voice,” says Murray. “I want people to think about her story.”

Murray’s book is not a traditional biography: “It’s creative non-fiction. After going to these places, I wanted to take the facts and bring them to life, so I introduced myself into the story as a narrator. I really feel close to her and I feel I really know her. Hence the title…”

The oldest literary landmark in British Columbia is the uncredited bronze and stone statue unveiled in Beacon Hill Park in November of 1900 in honour of Robbie Burns. Scotsmen of Victoria had initiated a fundraising campaign for a $2,000 memorial statue and fountain in 1897. The result depicts the author of Auld Lang Syne reciting his poem ‘Highland Mary’ to a Scottish lass. On each side of the statue there is a line from the poem. Among Burn’s other best-known poems and songs are Scots Wha Hae, often considered the unofficial national anthem of Scotland as well as A Man’s A Man for A’ That, To a Louse and To a Mouse. Burns was born on January 25, 1759 and died on July 21, 1796. There are at least nine statues dedicated to the memory of Burns in Canada. One of these is a nine-foot bronze figure of Burns at the entrance to Stanley Park in Vancouver, erected in 1928. Reputedly the oldest statue in Vancouver, it was commissioned after the formation of the Vancouver Burns Fellowship society in 1924 to encourage the singing of his songs and study of his life. The original executive consisted of (front row) Rev. Alex. Thomson, James Taylor (Hon. Secretary of Statue Fund), P. McA. Carrick (President), Alex. McRae (Vice-President), and A. Fraser Reid (Hon. Secretary of Fellowship) and (back row) David Murray, John Macdonald and John MacInnes.