As Game of Thrones makes clear, or Alice in Wonderland, or Lord of the Rings, fantasy worlds can be for everyone.  In Michelle Barker’s fantasy novel for young adults, The Beggar King (Thistledown $15.95), special powers are called the undermagic. 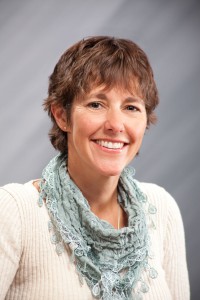 In many fantasy stories, special powers come with a price and a responsibility. Sorcery can be dangerous and unpredictable. In The Beggar King (Thistledown $15.95) by Michelle Barker, until he turns sixteen, her young protagonist Jordan Elliott presumes his only special talent is stealing tomatoes. Suddenly he hears a voice say, “The world is merely wallpaper… Hide behind it.” Whereupon he discovers he has a gift. He can disappear…but at what price?

Jordan learns that he has received this mysterious power from the Beggar King, a figure akin to the bogeyman in old tales of his Cirran civilization. Soon enough he discovers that everything has an underside: even magic.

“I have long been intrigued by the notion that what we see around us is not the whole story,” Barker says. “Why not fashion a world where it is possible to disappear behind the wallpaper – the trees and homes, even the air – and discover the truth about the forces that move behind our walls?

“My fantasy world of Katir-Cir was already beginning to take shape when I wrote the poem Wallpaper Universe (published in Cicada Magazine). I have long been intrigued by the notion that what we see around us is not the whole story. Why not fashion a world where it is possible to disappear behind the wallpaper – the trees and homes, even the air – and discover the truth about the forces that move behind our walls? “And then… my husband and I once owned a sailboat with the mysterious name of Cir – short for Circle? Circumnavigation? Circumstantial evidence? We never did find out. But it got me thinking: what if Cir was a place – a holy city made entirely of white-washed stone, built on a mountain and crowned with a golden palace, along with one leafless tree pressed into the horizon? What if this mountain was also an island and the only way to access it was to cross one of twelve magical bridges? The catch: only the bridge that best reflects your true intentions will grant you passage.

“But what if Cir were a city with a problem – the neighbouring land of Brin, which is situated over an impassable mountain range? The Brinnians have long wanted to control Cir and its provinces, and especially its high priestess who has altogether too much power in this world. Only the mountain range has stopped them up to now. But what if they find a way across? They would time their coup carefully, choosing the one day of the year when Cirrans would not be on their guard – the feast day of the Great Light.

“And then… there was this cat we had that seemed almost human – the way cats can, with their chess-master eyebrows and sly independence. It got me thinking: what would a cat be like if it were human-sized and walked on two legs and could talk? Thus was born Sarmillion, the undercat with a penchant for smoking jackets, who longs to write poetry but can’t quite keep from gambling on the snake and mongoose fights at the Pit or stealing jewelry for a fat, greasy barman named Piccolo.

“It wasn’t a huge leap from undercats to underrats. In Katir-Cir you might meet Jack-Jack, the hairless underrat who picks pockets and traps mongooses, or Sardine whose teeth are made entirely of gold and who prowls the back alleys in his trench coat, usually drunk. Or Ex, the slow-talking underrat with a black bandana and a bad attitude. Like the undercats, the underrats are two-legged and human-sized. I wouldn’t recommend lending them any money. In fact, I wouldn’t recommend running into them at all.

“In an ancient Southlands dialect, the name ‘Katir-Cir’ means ‘land of mystery.’ This is a place where old tales carry force, where mystery is honoured and magic is part of daily life. From the rugged northern hills of Circassic to the vast desert lands of Ut in the south, to the largely unknown provinces of Brin that lie beyond threatening mountains, the lands of Katir-Cir are made for story-telling.

“The first book in the Katir-Cir series is called The Beggar King. Written with the help of a Canada Council grant, it comes out in the spring of 2013, published by Thistledown Press. I’m not sure where the hero, Jordan Elliott, came from, but this fifteen-year-old boy who longs to do something wonderful and significant with his life and yet fears he is not good at anything made me sit up and listen. That fear spoke to me, as it speaks to so many people – mostly late at night, when the wind is blowing and you can’t sleep.

When Jordan’s mother is taken prisoner along with many others during an attack by the Brinnians, Jordan’s desperate need to rescue her leads to important ethical questions: can wrong means justify a right end? Just how far will Jordan go to save her? And how far is too far?

“Meanwhile, Jordan’s sixteenth birthday is approaching. He will have to choose his robes and declare his gift, according to Cirran tradition. But he doesn’t believe he has a gift for anything other than stealing tomatoes at the marketplace, and he refuses to take a tree-keeper’s robes just to please his father.

“Finally, on his sixteenth birthday he risks everything by placing a bouquet of flowers at the holy tree – a tradition which is prohibited by the new emperor. When the guards spot him, he faces death by hanging. Suddenly he hears a voice tell him, “The world is merely wallpaper. Hide behind it. Here is your gift. Take it, and save yourself.” Just like that, he can disappear. Now he has a talent to be reckoned with.

“The problem is, people don’t simply disappear – not even those born with a gift for magic. Disappearing is an undermagician’s skill. The man who has given Jordan this gift calls himself the Beggar King. The Beggar King is a figure from one of the Cirran old tales. No one really believes such a person exists. He is merely an idea, a name given to dark corners and bad dreams. But Jordan Elliott is about to learn that everyone is wrong.

“The Beggar King has returned to the lands of Katir-Cir, and he is looking for a way to access the undermagic, an ancient and dark source of power which has remained hidden for over a thousand thousand years. The undermagic was locked away for a reason: it is dangerous, unpredictable, and it leaves you wanting more. It could help Jordan rescue his mother, but is it worth the risk? Jordan is about to learn that everything has an underside. Even magic. Even him.”