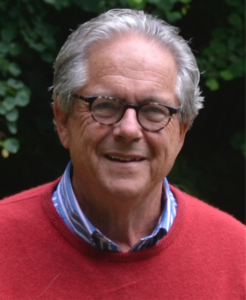 Barry Gough’s (at right) Possessing Meares Island: A Historian’s Journey into the Past of Clayoquot Sound (Harbour Publishing) has won the 2021 BCHF Lieutenant Governor’s Medal for Historical Writing.

The news was announced at the annual awards gala, held online this year on June 4, for the BC Historical Federation.

Gough’s book links early maritime history, Indigenous land rights and modern environmental advocacy in the Clayoquot Sound region, describing how the Nuu-chah-nulth Tribal Council drew on a complicated history of ownership to invoke their legal claim to the land and defend it from clear cutting. The award comes with a cash prize of $2,500.

Gough is a past president of the BC Historical Federation and won the same award in 1984 for Gunboat Frontier: British Maritime Authority and Northwest Coast Indians, 1846-1890. He becomes the second person, with Richard Sommerset Mackie, to win the award twice.

Other awards presented are noted below: 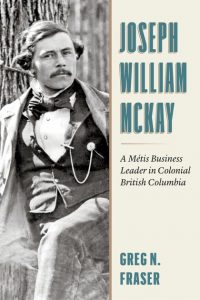 Second prize, worth $1,500, went to Joseph William McKay: A Metis Business Leader in Colonial British Columbia, by Greg Fraser (Heritage House). The book looks at the accomplishments and contradictions of the man best known as Nanaimo’s founder and one of the most successful Metis men to rise through the ranks of the Hudson’s Bay Company in the late 19th century. 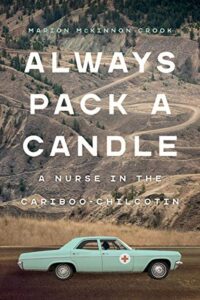 The Community History Book Award, worth $500, went to Always Pack a Candle: A Nurse in the Cariboo-Chilcotin by Marion McKinnon Crook (Heritage House). In this memoir, the author recounts arriving in Williams Lake in 1963 at age 22 to work as a public health nurse, relying on her academic knowledge, common sense and government-issued Chevy to provide health care to rural communities of the region.

The award recipients were chosen by a three-member panel of judges from 24 books published in 2021 and submitted for the competition, the 39th annual Lieutenant Governor’s Historical Writing Awards.

The annual Historical Writing Competition presented by the BC Historical Federation recognizes the authors whose books have made the most significant contributions to the historical literature of British Columbia. The Community History Award is presented to a book that provides sought-after historical information about a specific community or locality within British Columbia. This award recognizes the importance of preserving local histories as well as broader provincial histories.