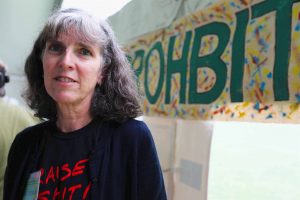 Up until the early 1950s, heroin was a legal prescription medicine in Canada used since its discovery in 1898 for pain relief and as a cough suppressant. Then it became an illegal substance and users faced punishment and disrepute. This approach of criminalizing drug users has been a failure says long-time community activist and scholar, Susan Boyd in Heroin: An Illustrated History (Fernwood $30), due out in May. In her history of Canadian heroin regulation over the last two centuries, Boyd documents how flawed ideas about heroin and drug users have shaped drug laws. Turning  instead to documentary evidence, the experiences of people who have actually used heroin and information from harm-reduction advocates, Boyd shows the violence created by drug policy that uses prohibition and criminalization as its main response. She argues it is better to follow the ideas and movements headed by drug users themselves in order to achieve better collective health and well-being outcomes. Boyd’s last book was Busted: An Illustrated History of Drug Prohibition in Canada (Fernwood, 2017), which demonstrated prohibition and criminalization produces harm rather than benefits, including the current drug overdose crisis. She is a Distinguished Professor emerita at the University of Victoria. 978-1773635163