A Woman of Note duly noted 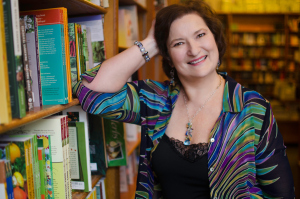 Carol M. Cram of Bowen Island is one of three B.C. writers whose books will now be marketed by Thomas Allen & Son in Ontario within a new omnibus initiative called Amazon Publishing. After her first novel about a fictional female painter in the Tuscan town of San Gimignano during the 14th century, The Towers of Tuscany (Seattle: Lake Union Publishing, 2014), Cram released a second historical novel with a female protagonist, A Woman of Note (Seattle: Lake Union Publishing, 2015). It has been included within the new, below-highbrow consortium for “international bestsellers, debut fiction, books for kids of all ages, heart-pounding romances, high-velocity thrillers and stunning science fiction.” A consortium for low-velocity thrillers has yet to be launched. Two other B.C. writers with books under the Thomas Allen & Son marketing foray within the twelve imprints of Amazon Publishing are Nanaimo’s Tara Brown with her Blood and Bone series and Whistler’s Loreth Anne White with In the Waning Light. Carol M. Cram is a retired instructor from Capilano University (1988-2009) who was born on March 18, 1956 in Victoria, B.C. Prior to her historical page-turner set in Siena, Cram wrote textbooks on business communications and computer applications for Cengage Learning including six textbooks for Houghton Mifflin (Boston: 1994-1996) and about 30 textbooks for Cengage Learning (Boston: 1997-2014). Cram holds an MA in drama from the University of Toronto and an MBA from Heriot Watt University in Edinburgh. She is married to painter Gregg Simpson. Note: 978-1503946835