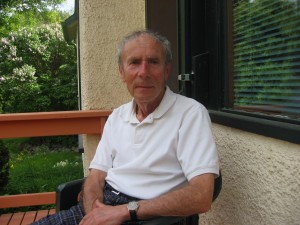 M. Rene Goldman, who taught at UBC and retired to Summerland, is a childhood survivor of the holocaust. His self-published memoir is Childhood on the Move: Memoirs of a child-survivor of the Holocaust (2014). He writes:

“Like many of my peers, I have over the decades written and spoken publicly in schools, universities, churches, about my personal experience as a child-survivor of the Shoah. My family and people of various walks of life have encouraged me to write my story. Thus motivated, I put pen to paper in the late evening of my life.”