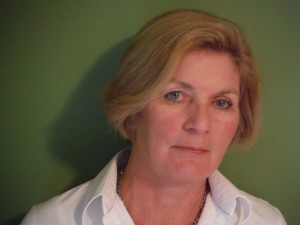 Whereas Jayne Seagrave’s Camping with Kids: The Best Family Campgrounds in British Columbia and Alberta, published back in 2005, had only three campgrounds from Alberta and about twenty from B.C., and it was geared towards family with children under age ten, her follow-up, Camping with Kids in the West (Heritage $19.95) ten years later, features 12 Alberta campgrounds and new information pertaining to camping with older children–plus new website info.

Here is a personal essay written by Jayne Seagrave in conjunction with the release of Camping With Kids in the West (Heritage House, 2015)

When asked to define the perfect job many sight that of travel writer. What could be better than being paid to stay at the latest designer hotels, check out gourmet restaurants, partake in lengthy spa treatments, review new museums and travel to foreign countries all fully paid for by someone else? Add to this the bonus of seeing your articulate, well worded accounts appearing in weekend editions of prestigious national newspapers and within the pages glossy magazines and it is nor difficult to see why this career is sought after. While creating fascinating reading material I would suggest the majority of these accounts do not address the vacationing needs of the majority. Most of us do not have the time or finances to consider spending our holidays in these designer environments. Most of us have mortgages, lines of credit, kids, ageing parents, limited  vacation time and pressing day to day commitments which negate against the recommendations these travel writers endorse. While in a perfect world blowing $2,000.00 a night on a spa hotel in the Bali would be nice, for now and the foreseeable future our vacation budget must bend to more practical alternatives. This is where I come in. Open the door to the world of the ‘alternative’ travel writer.

I write books about camping in British Columbia, Alberta and The Yukon. For twenty years I have been checking out provincial and national park campgrounds and offering advice to individuals like me who have limited finances so go camping. I give practical information over such things as the quantity of goose shit found on the campgrounds beach, the dryness of the firewood, the bear/cougar/skunk/mosquito population and the smelliness and cleanliness of the pit toilets. As an alternative travel writer, I am at the bottom of the travel writer food chain. I have never had to write “The writer was the guest of the campground. The campground operator did not review this article.” because I have never had a campground offer to pay the $20.00 – $35.00 fee, nor have I asked to be compensated. Last year my publisher suggested I look at extending my camping experience and write a book about the best family campgrounds in BC and Alberta. I have extensive knowledge of BC but had not camped in Alberta for a number of years and to undertake this task needed to travel and if not camp, at least revisit a number of the Albertan campgrounds I knew. I chose the second week of September to undertake this research.

It was minus two degrees and snowing when my plane landed at 9.00am at Edmonton Airport on September 7th 2014. I collected the rental car and headed to Elk Island National Park, a mere 45 minute drive. There were no staff when I arrived at this park. The visitors centre car park, adorned with a thin layer of snow was devoid of cars. The hanging baskets were still on display as were the information leaflets, but the “largest concentration of hooved mammals outside the Serengeti” for what the park is famous, were nowhere to be seen. For almost three hours I drove around the park looking for staff and bison as the snow turned to sleet. I found neither. A sign on the notice board stated alcohol was prohibited in the campground as a result of previous rowdy behaviour. This information meant Elk Island may not be suitable for the guide and I decided to move on.

After driving for another three hours I found the wonderful Whitney Lakes Provincial Park and spent from 3.30pm – 6.30pm exploring this campground, all by myself, trying to ignore the ‘beware of bears’ signs as I accessed trails by climbing over the yellow gate barriers which signified the campground was actually closed for the season. The weather was improving and the evening was stunning. At 8.00pm just as it was getting dark I pulled into Wainwright, which the Alberta Accommodation Guide informed me had ten motels. I tried the first commercial chain motel only to be told by “Dawn” the RCMP Musical Ride had been in town and consequently there was not a room to be had. Dawn telephoned her friends in other reputable establishments and other than the spa suite at a brand new hotel ($275.00 a night plus tax) nothing was available. I left and cruised slowly out of town calling at every motel. The quality of the establishments along with the street lighting declined the further I drove. I eventually found a motel on the edge of town. Mine was the only car in the car park, all other guests had large, dirt encrusted trucks. An empty coffee tin was placed outside each motel room for cigarette butts and the owner, after telling me I was his only female guest, presumed I was a geologist as the only women he gets staying are geologists. I left as my fellow guests did, before 6.00am after collecting breakfast, like they did, from Tim Hortons. The moose and foxes crossing Highway 41 as dawn broke and I headed south lifted my spirits. It did not start to snow again until 10.30am. Day two as the alternative travel writer started very similarly to the first.

The freak snowy weather persisted so photographs of campgrounds had to be supplemented by internal shots of visitor centres. Signs telling me to beware of bears were replaced with warning about cougars and then rattlesnakes as I explored lonely paths and deserted campgrounds, many miles from the main highway and cell phone service. During my week of research I drove 3,500 kilometres, pulling into Tim Hortons for coffee and WiFi, staying in motels in small Alberta towns I never knew existed, talking to enthusiastic park staff who, as I was their only visitor, gave me undivided attention and far more first-hand information than I could cram into the proposed guide book. Without exception they were delighted a book including what they loved about their campground was being written.

During my travels many things were discovered: the awesome Highway 11, every bit as spectacular as the Icefields Parkway but without the tour buses; Writing in Stone Provincial Park with its Hoodoo Trail and Tipi shaped visitors centre; William A Switzer Park, a stone throw from Jasper but without the crowds, and the crystal waters of Aspen Beach. My experience as an alternative travel writer is that it is always the unanticipated that proves the most rewarding.  The task now is to do justice to these provincial parks in 1,000 words and document my research in a guidebook which will be used by regular guys who need an affordable family vacation. This audience no doubt reads about the spa hotels in Bali and dreams of a time when their lives will be different and this exotic holiday will be on their   agenda, but for now they look to the alternative travel writer for practical guidance.

Born in England in 1961, Seagrave lives in Vancouver with her husband Andrew Dewberry and sons Jack and Sam. She holds a Ph.D. in criminology. Consequently she first wrote Introduction to Policing in Canada (Prentice Hall, 1997).

There were 11,000 camping spots to choose from in her Provincial and National Campgrounds in British Columbia (Heritage 1997). Her materials have been re-issued and revised for at least seven editions of Camping British Columbia: A Complete Guide to Provincial and National Park Campgrounds. The seventh edition was expanded with ten thousand words about 42 campgrounds in the Yukon. In 2013, most campers could still not reliably obtain internet access, making them reliant on the written word for campground info.

Her writing career took a detour away from the outdoors when she wrote From the Mind of the Marketplace: The Story of an Inventor, The Home Improvement Industry, His Wife and Her Lovers (Heritage 2005). It recounts how Seagrave and her architect husband Andrew successfully spent nine years marketing the Caulk-Rite and Caulk-Away home improvement tools that he invented in their East Vancouver basement.