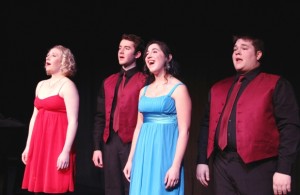 At 23, Stephen Lawrence Schwartz carved a permanent place in American musical history as the lyricist and composer for Godspell, decease a Broadway smash that included the upbeat, white Gospel number, ‘Day by Day’.

Since then Schwartz has penned innumerable forgettable songs—who remembers Rags, a 1986 sequel to Fiddler on the Roof?—but he has also gained six Tony Award nominations and a star on the Hollywood Walk of Fame.

A schlockmeister who never met a cutesy rhyme he didn’t like, Schwartz regained some stature with Wicked in 2003 to celebrate the bicentennial of the birth of Hans Christian Anderson. Unstoppable, this ageless wunderkind is now slated to provide the songs for Houdini in 2015.

Schwartz has lately ditched Broadway for Hollywood, scoring Disney movies such as Enchanted and winning an inexplicable Best Song Oscar for ‘When You Believe’, one of those formulaic and sappy warblers made popular by over-singers Mariah Carey and Whitney Houston.

The potpourri of Schwartz songs now being offered by four young singers on Granville Island for Magic To Do: A Stephen Schwartz Songbook—an original sampling presented by Intimate Theatre Productions and WRS Productions—is most welcome as a panorama of obscure stage numbers from a highly successful tunesmith who has somehow failed to become a household name.

Sondheim, yes; but Schwartz? Few but the most avid musical theater buffs will have heard all these songs. Among the clunkers such as ‘Spark of Creation’ from Children of Eden (“My celebration / of this spark of creation”) are a few gems, fewer better than the final number ‘For Good’ from Wicked (“Because I know you / I have been changed for good.”)

If you close your eyes and just listen, Sayer Roberts is the most recordable. Alison Roberts (no relation) is the most watchable with some of the comic pizzazz of a Bette Midler, but not the voice.

Chris Adams is the most sympathetic interpreter, singing ‘Out There’ from Hunchback of Notre Dame (yes, there was a musical, it just wasn’t a bit hit) and a touching version of ‘Crowded Island’ from something called Reluctant Pilgrim.

Kat Palmer is a vivacious presence too often prone to venture dangerously towards stratospheric heights. A bit like one of those over-earnest singers who are mystified when they don’t get past the audition stage on American Idol. Less is more.

Emerging talent needs the freedom to fail. This ensemble works well as a collective, perhaps sensing they have not yet gained the strength to hold the stage on their own. Despite some obvious frailties, it’s cumulatively charming. We pull for them. We hope they succeed.

Considering the venue, this is a deftly managed show, endearing, even sweet. The lack of slickness sometimes serves to reveal the weakness of the compositions. Other times we wonder if a glitzy Arts Club presentation could lift this material with more pizzazz. We end up grading the tunes as much as the singers.

That title Magic To Do is arguably as forgettable as the composer’s name, but cumulatively it’s one more step forward for a fledgling Intimate Theatre Productions. Arrangements are by Wendy Bross Stuart who co-created and conceived the show with Chris Adams.

It’s live theatre, close up, people taking risks. In an era in which humans are increasingly addicted to staring at screens, large, medium and small, Magic To Do feels a bit like medicine. The upbeat, self-help numbers about reaching out, learning to love, are attempted throwbacks to Cole Porter cleverness. It amounts to wholesome entertainment, undiluted by commercialism, in a third storey venue, permeated by a hopefulness that is as uplifting as any of the songs.

If sophistication is not your measuring stick for success, Magic To Do can have a gentle, calming affect. Halfway through the show, a man put his arm around his date, and she was glad.