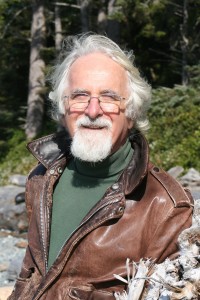 The unstoppable Gary Geddes is the recipient of a dozen national and international literary awards, including the Lieutenant Governor’s Award for Literary Excellence and the Gabriela Mistral Prize from Chile.

As the author and editor of 45 books, he’s setting out on a far-flung tour of promotional readings this month for his new collection of selected poems What Does A House Want? (Red Hen). It will take him to Harvard, NYC, the Virginia Festival of the Book, St. Louis, Chicago, Los Angeles and other West Coast cities.

At 240 pages, Geddes’ first ‘best of’ collection in eighteen years has garnered high praise from former U.S. poet laureate Billy Collins. “It comes as a relief to read work by a poet who appears to be at least as interested in the world as he is in himself. Here, we are happy to be conducted by Gary Geddes out of the glass dome of the ego and into a wider, more capacious world of culture, history, and even erudition.”

Geddes’ wife Ann Eriksson has a new novel, High Clear Bell of Morning (D&M), already featured in the Spring issue of B.C. BookWorld. On their way to read at the Word on the Lake Festival in Salmon Arm, May 16-18, Geddes and Eriksson will do a joint reading May 14 at the Kamloops Public Library. Returning to the coast they will read together on May 20 at 7:00 p.m. at the Capilano Branch of the North Vancouver Public Library. The pair will also be doing a cross-Canada tour in the fall, from Vancouver Island to Newfoundland, two places that Geddes calls the two parentheses holding Canada together. Gary Geddes has been one of the most influential literary figures in B.C., having edited a widely-used university text, 20th Century Poetry & Poetics, and one of the first modern anthologies of distinctly British Columbian literature, Skookum Wawa, in 1975, as well as Vancouver: Soul of a City, in 1986. In 2008, Geddes received the fifth annual Lieutenant Governor’s Award for Literary Excellence.

Born in Vancouver on June 9, 1940 and raised in the Commercial Drive area, Geddes had a variety of jobs as a young man, such as stocking shelves at Woodwards, working as a fishing guide at Whytecliffe in West Vancouver, driving a water taxi and teaching on Texada Island. Geddes eventually became a prolific poet who has travelled extensively, published and lectured widely on Candian literature, taught English and Creative Writing at Concordia University and won a Commonwealth poetry regional prize for The Terracotta Army, the National Magazine Gold Award for Hong Kong and the Archibald Lampman Poetry Prize. He has also founded two literary presses, Quadrant Editions, in 1981, and Cormorant Books, in 1986, plus Studies in Canadian literature, a series of critical monographs.

After teaching for twenty years at Concordia University in Montreal, he returned to the West Coast as Distinguished Professor of Canadian Culture at Western Washington University in Bellingham, Washington from 1998 to 2001. He subsequently had stints as writer-in-residence at Green College at UBC and at the Vancouver Public Library. As well, for several years in the late 1990s he wrote a poetry review column for B.C. BookWorld.

Geddes is widely connected to poets in Canada and around the world. Flying Blind is partially inspired by his travels through Israel and Palestine with the blind poet and scholar John Asfour. His 2004 poetry collection Skaldance was inspired by trips to the Orkney Islands off Scotland, where he has ancestral connections. The title marries the Old Norse world skald, meaning poet, with the word dance.

Returning to live in British Columbia after many years in Ontario, Geddes proposed to editor Phyllis Bruce a book project that would entail sailing up the B.C. coast and writing a memoir of past and present experiences, Sailing Home (HarperCollins, 2001). “I grew up in Vancouver, spending summers working as a fishing-guide and gopher at my uncle’s boat rentals at Whytecliffe Park. I also gillnetted one summer with my father in Rivers Inlet and later drove water-taxi between Vananda and Westview. All these experiences, plus the inheritance of generations of Scottish fisherfolk and boat-builders, have forged my permanent links with the sea.”

To explore the most probable pathways of the Afghan or Chinese monk named Huishen, who might have reached the west coast of North America about 1,000 years before Columbus, Geddes took his wanderlust to the Himalayas, the Taklamakan Desert and Central America (where Huishen is most likely to have landed, according Chinese archives) for a memoir of misadventures, humour and hearsay, The Kingdom of Ten Thousand Things (HarperCollins, 2005). The travelogue is as much about strangeness and dangers of Taliban, Chinese and Zapatista politics, and Geddes’ twinned affinities for poetry and history, as it is about the historically elusive pre-Columbian monk. According to publicity materials, “Geddes quickly finds himself caught up with Afghan refugees and dissidents in Pakistan, Tibetan monks in Xiahe, a Kentucky Fried Chicken franchise in Louyang, a clandestine lecture on art and politics in Xian, guerrilla warfare in academia back home, mysterious cairns in Haida Gwaii, and the ghosts of Quetzalcoatl, D.H. Lawrence and Trotsky in Mexico.”

Geddes’ memoir Falsework (Goose Lane, 2007) is a long poem in many voices about the collapse of the Second Narrows Bridge, now called the Ironworkers Memorial Bridge, in North Vancouver, during its construction in June of 1958. Eighteen workers were killed as well as a rescue diver. The tragedy occurred in the month that he graduated from King Edward High School. “I was working at the time on the waterfront at BC Sugar Refinery,” he recalls, “loading boxcars with 100-pound sacks of pure, white and deadly sugar, so the news did not take long to reach me. What I did not know at the time was that my father had been called out as a former navy diver to stand by in the search for bodies in the wreckage. I’ve carried for a long time the image of him dangling from his umbilical cord of oxygen in that cauldron of swirling water and twisted metal.” Falsework was one of three books shortlisted for the 5th annual George Ryga Award for Social Awareness in 2008.

One of the poems won second prize in the Living Work Competition, judged by Tom Wayman, Buzz Hargrove (CAW) and Ken Neumann (USWA); another poem was incorporated into a painting by Vancouver artist and muralist Ricahrd Tetrault; several more poems were set to music by Vancouver composer Larry Nickel; and Martin Kinch at Playwrights Theatre Centre prepared a dramatic reading of the book by professional actors for the Vancouver International Writers Festival in October of 2007, as well as the Ocean Cement machine shop on Vancouver Island.

Geddes takes his work very seriously but is also capable of self-effacing humour. Presenting the Dorothy Livesay Prize for Poetry one year, he took a moment to recall the namesake for the award. “She was one of those fearless and tireless poets, a passionate fiesty woman. She was also not very nice at times. I remember sitting on my back lawn. She was peeved that she hadn’t been included in some anthology. She told me, ‘Gary, you’ll never amount to anything as a writer. You don’t have enough charisma.’ She was seldom wrong!”

As of 1999, Gary Geddes lived at French Beach, near Sooke on Vancouver Island, and began commuting for several years to teach in Bellingham at Western Washington University. He later moved into Victoria and married Ann Eriksson on June 8, 2007, during a ceremony at the foot of his property at French Beach overlooking the Strait of Juan de Fuca. “The killer whales we expected to complete the ceremony were a day late, but come they did–on my birthday,” he says. On June 15, 2007, Royal Roads conferred an honorary doctor of laws degree. In his acceptance speech, Geddes quoted Groucho Marx, “I wouldn’t want to join a club that would have the likes of me.”

While visiting China in 1981, Gary Geddes saw an archaeological site outside Xi’an, in the Wei River Valley, where an underground army of approximately 8,000 terracotta soldiers and horses had been discovered when farm workers were sinking a well. “A structure resembling an airplane hangar had been built,” he recalls, “to protect the pottery figures while they were carefully unearthed and reconstructured.” Geddes’ self-described “Chinese sonnets” in The Terracotta Army (1984) were republished to coincide with the Canadian tour of The Warrior Emperor and China’s Terracotta Army, which opened at the Royal Ontario Museum in June of 2010 and was also to be shown in Victoria. The book pairs Geddes’ poems with photographs of the terracotta soldiers themselves, forming a history of the Ch’in dynasty. Twenty-four representatives of the terracotta army share their thoughts on Ch’in, the emperor, and Lao Bi, the artist, all filtered through Geddes’ imagination.

Simultaneously, Geddes released Swimming Ginger (2010), also derived from Chinese history. This collection is based on the Qingming Shanghe Tu scroll, sometimes called “Spring Festival by the River” or “Going Upriver on a Bright, Clear Day,” thought to have been painted by Zhang Zeduan before 1127. The scroll’s urban realism is unique in Chinese art, in which the motif of distant peaks and misty landscapes predominate. Geddes attempts to capture the voice of the painter and those of the underprivileged, This volume juxtaposes a reproduction of the scroll that reads from back to front (as Chinese reads) with Geddes’ poems, which read from front to back.

Also in 2010, the Guernica Writers Series compiled six commissioned articles on Gary Geddes by Robert G. May, Shirley McDonald, W.H. New, Bruno Sibona, Lake Sagaris and M. Wynn Thomas for Gary Geddes: Essays on his Works, edited by Robert G. May. There is also an excerpt from Winnifred Bogaards’s 1997 study of Geddes’s work in Revista Canaria de Estudios Ingleses, along with an interview conducted by May, an assistant professor (adjunct) in the Department of English at Queen’s University, Kingston.

In 2011, Geddes’ Drink the Bitter Root describes his forays, at age 68, into Rwanda, Uganda, the Democratic Republic of Congo, Ethiopia and Somaliland. In a world of child soldiers, refugees and poets-turned–freedom fighters, Geddes is particularly impressed by Somali culture in which poetry is a popular activity viewed as “a healing and a subversive art.”

Review of the author’s work by BC Studies:
Falsework?
Skookum Wawa: Writings of the Canadian Northwest
Vancouver: Soul of a City