Pulling Together: A Coach’s Journey to Uncover the Mindset of True Potential 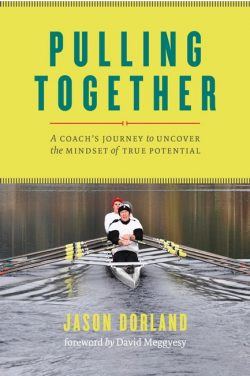 Jason Dorland is on a mission. He’s well prepared. He has spent his life training, performing, and coaching as an elite athlete.

His chosen sport is rowing. It’s a gruelling grind at the levels of competition he frequents, including the Olympics.

But this book challenges all of the attitudes he developed in getting to the Seoul Olympics in 1988. In his direct and graphic language, it’s “bullshit.”

Pulling Together takes the reader into the fascinating complexities of his journey from “Come on boys, let’s kill ‘em!” to “Come on boys, build the love.”

Where, you might well be asking, is that attitude going to get you in competitive sport?

If that question intrigues you in a culture where the influence of fear of losing and hatred for competitors is shaping the attitudes and behaviours of millions, as Dorland rightly claims, then you will want to savour the stories of his journey.

The stories begin with his crushing defeat at Seoul. He saw himself as the poster boy for aggressive and combative athleticism. Every competitor was an enemy. If he didn’t win, he branded himself a loser, was convinced everybody else did as well, and withdrew into a depressed anger, with nightmares that relived the horror of finishing sixth over and over again. That failure defined his life. 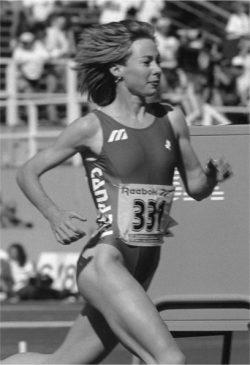 Then he met Robyn Meagher, a two-time Olympic middle distance runner and University of Victoria graduate. He credits her with turning him around. That story is told in greater detail in his earlier book, Chariots and Horses: Life Lessons from an Olympic Rower (Heritage House, 2011).

Pulling Together: A Coach’s Journey to Uncover the Mindset of True Potential takes those same life lessons into his coaching career. They apply not only to high performance sport, but to every endeavour where competitive pressure dominates. And that, in our popular culture these days, is most of life.

But what are the key insights that lead from “kill ‘em” to “love ‘em” as a mantra for success? There are three illuminated in these pages that struck me as most applicable in most lives.

First, Dorland appropriated the insight that mastery is a process of awareness and growth. Achieving excellence on the road to reaching your full potential does not happen without a lot of twists and turns, during some of which you will regress and lose miserably. But that’s an essential part of growing into an authentic person focused on making the best contribution in their circles of influence. It’s “wanting” to win (excitement and aspiration based), not “having” to win (fear and animosity based). 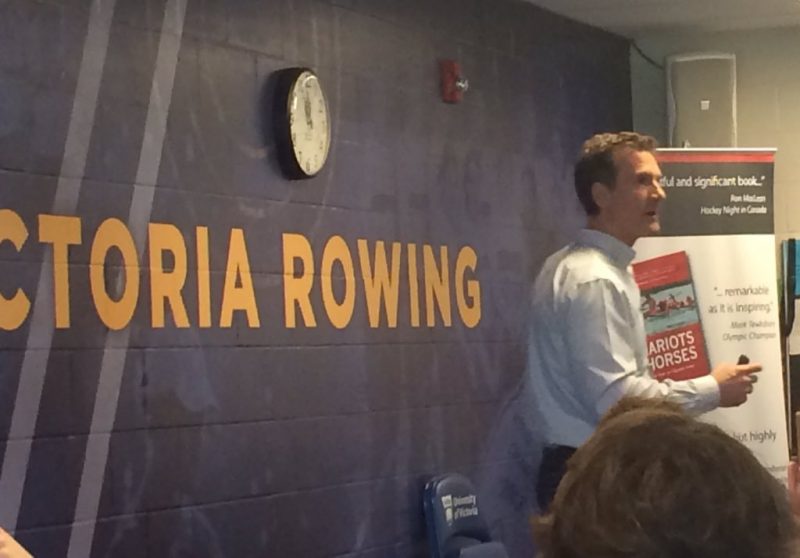 Second, Dorland appropriated the insight that experiencing your competitors as people to work with synergistically created high performance beyond anything imaginable – but first you have to cut yourself off from them as things to be demolished. When you turn you competitor into an “it” that had to be destroyed, you let a rot dominate your soul that eats away all sorts of others things in your life. Dorland learned to see competition as a collective endeavour that serves the higher purpose of communal well-being.

Within the Olympic movement in Canada, this was a shift that Dorland noted as the focus and resources moved from the “Own the Podium” formula to “Game Plan.” The former had to do simply with winning. The latter focused on what to do with the character you had developed as you mastered your sport and how that character served the broader community after your Olympic performances were over.

Third, the approach that Dorland developed, and that he continues to advocate for in athletic coaching circles, shifts the focus from external rewards to inner motivation. He argues, convincingly I think, that we are all born with this inner motivation to get better. But we often lose touch with this as we grow older and as the culture that is forming us focuses so much on external signs of success. Dorland urges coaches to emphasize the joy of getting better. And he has some wonderful stories to tell about the winning that often comes as the side effects of those efforts. This was my favourite part of Pulling Together. 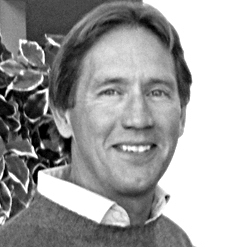 In Chapter 5, Dorland tells of his relationship with Peter Yates, who hired him at Shawnigan Lake School on Vancouver Island in 1989. Dorland had been scheming a comeback for the 1992 Olympics in Barcelona. But that failed. It was Yates who helped him find a purpose outside competition by listening to understand him. He also coined a phrase to describe their new approach to coaching — “athlete-centred coaching.”

Dorland and Yates kept in touch for the next 25 years, as Dorland moved from Shawnigan Lake back to his old school, Ridley College, in St. Catharines, Ontario, and then on to Victoria.

And then Peter Yates got terminal cancer. Dorland wrote a poem that he gave to his mentor shortly before he died that included these words, “…coaching is never about the prize, the result you may have earned/ But instead, what you have taught your charges, what they have learned.” 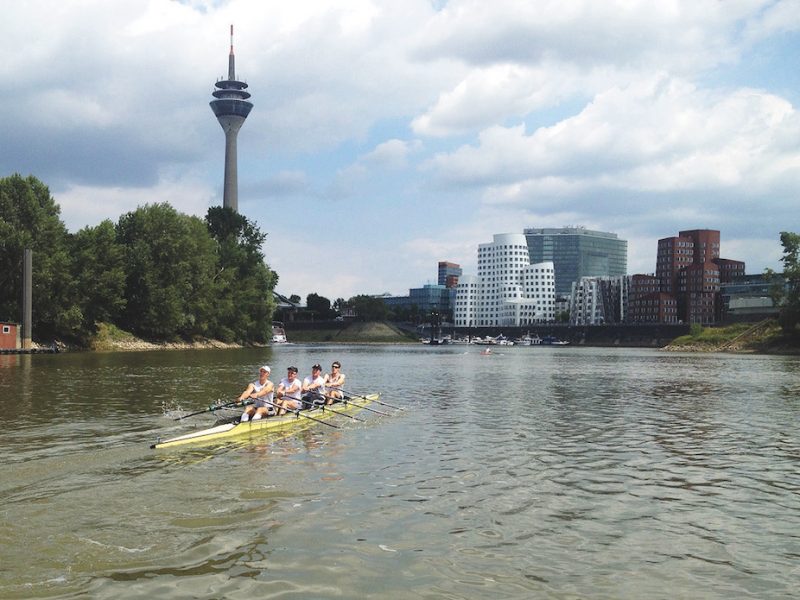 During his grief at Peter’s passing, Dorland’s entire crew sent their condolences and support.

They had become family who cared deeply for each other. That’s what his approach to coaching had generated.

This fascinating book contains a rich banquet of similar insights that arise in the midst of Jason Dorland’s stories about teaching and coaching. As you savour its wisdom, I hope you find Pulling Together as inspiring as I did. 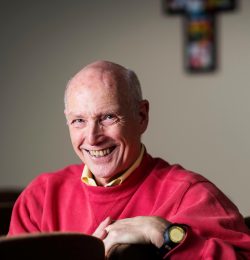