#582 Archaeology of a horsewoman

Ledi, by East Vancouver poet Kim Trainor, was shortlisted for the Raymond Souster Award for poetry books published in 2018. Trainor, who holds a PhD in English Literature from McGill University, teaches at Douglas College in New Westminster — Ed. 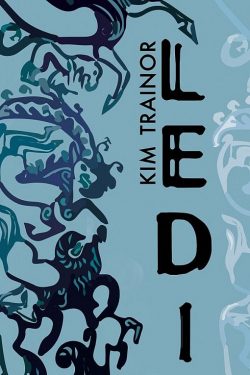 Kim Trainor’s debut poetry collection, Karyotype (Brick Books, 2015), introduced what would become a preoccupation in the poet’s work: the unpacking of grief and memory, and the temporality of what is human. In Karyotype, this consideration centered on the unearthing of the Beauty of Loulan mummy and her companions in China’s Tarim Basin in the early 1980s. The Beauty of Loulan and her fellow travellers were most likely traders on the Silk Road, approximately a thousand years before extant historical records put people of Caucasian descent in China. The discovery of the tombs shook the world of anthropology and caught artistic imaginations everywhere through the Beauty’s excellent preservation: to view her face was to feel as though the past was looking, calmly and openly, directly at the present. Weaving in and around this central narrative, Trainor crafted a collection of diverse poems delving into DNA and the physical and cultural coding that make up what it is to be human.

In Trainor’s second book, Ledi, she returns to this excavation of the past via the 1993 discovery of the grave of an Iron Age Pazyryk woman on the Siberian steppes. Dubbed “Ledi” or “Lady” by archaeologist Natalia Polosmak, the mummy was that of a young horsewoman, buried along with several of her own mounts. The rare occurrence of a woman owning such a large number of horses, in addition to the quantity and richness of her grave gifts and a number of blue-inked tattoos on Ledi’s body, hinted at her potential role as a storyteller or shaman of her people. 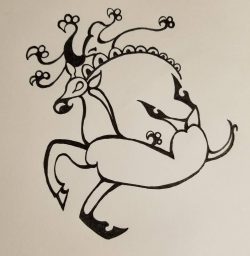 Reproduction of jumping deer tattoo with flowers in its antlers from Ledi, the Iron Age Pazyryk woman

The great strength of Trainor’s work in both Karyotype and Ledi, but perhaps most richly exemplified in the latter, lies in her ability to lay the bones of the past alongside the losses and griefs of the present. As she unpacks the discovery of Ledi’s body and the subsequent start of its decay through exposure to moisture once it is beyond the locked ice of the permafrost, Trainor sketches a parallel narrative: the loss of a former lover to suicide in the years after their relationship ended. Just as she uses the grave gifts to frame the character of Ledi all those centuries after her death, so too does she use the lingering memories of her lover to attempt to piece together the mind of a suicide, a half-known person from whom few physical artifacts remain. Ledi’s early death, partnered with the onslaught of decay following the excavation of her grave, is illuminated as an act that troubles chronology. The young woman died at far too young an age, but it is the act of opening her tomb all those years later, along with the concurrent introduction of air and light, that brings her back into active time and, thus, into breakdown. The parallel between the past and present is finely wrought — remembering as an act of valuing and also as an act of destruction — and keenly lined with grief as time and seasons pass without the dead one: 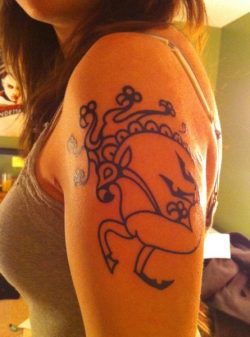 Reproduction of jumping deer from Ledi

A jawbone. A shoulder, fur peeled back
to reveal a griffin tattooed on her flesh.

The body emerged from the ice like a temple rubbing.

Ledi is reanimated through the gifts left by others, fragments suitable for a woman of her status. The poems are haunted by the barely-there scent of coriander, its desiccated fruits filling a small offering dish; they are haunted by the mirror tucked into the crook of her knee that she would have used to call back the dead. By opening the grave and exposing Ledi, the archaeologists themselves have taken part in a summoning of sorts, a rebuilding of the woman from the snippets left behind. She has been hollowed out; she has been cleaned of any soft internal tissue that might have prematurely decayed, her form padded out instead with soft steppe grasses and wildflowers. When the grave is opened, Ledi is pulled from the long, slow process of turning back to turf, and the voice Trainor sketches for her is as quiet and as ever-present as the wind over the steppe. 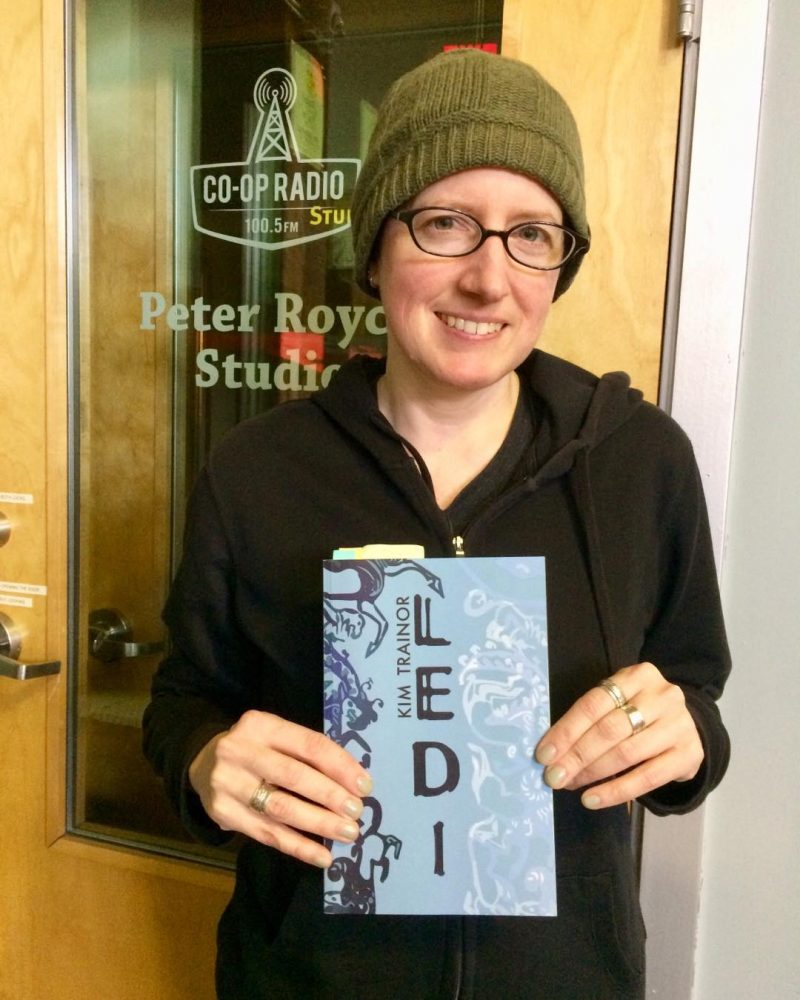 Trainor employs a similar re-voicing to draw in the outline of her former lover in the years leading up to his suicide:

My first lover took his own life. We met at the university radio station. I fell in love with his voice. We were together seven years.

He drifted from me in the last year of his life. Then I met someone else and moved to Montreal. I didn’t know for many days that he had died. I don’t know where his ashes are scattered.

His voice escapes the earth’s atmosphere and travels forever through space, growing fainter and fainter.

I can barely hear him anymore.

As Ledi comes back into the world, pieces assembled into some legible form, Trainor’s lover leaves it, his presence in memory rubbed thin. Perhaps, in the seismic shifts of arrival and departure, of human coming and going, a sort of calm can be found in the importance of ceremony, of acknowledging those who have been lost and those who have newly arrived or returned: “I plait the words./ I bind your wrists. I mark you with ash. I mark you with/ochre and cinnabar. I soften you with my fingertips.” At its core, Ledi is a quietly wise and richly articulate book about the power of loss, grief, ceremony, and love that make us human. 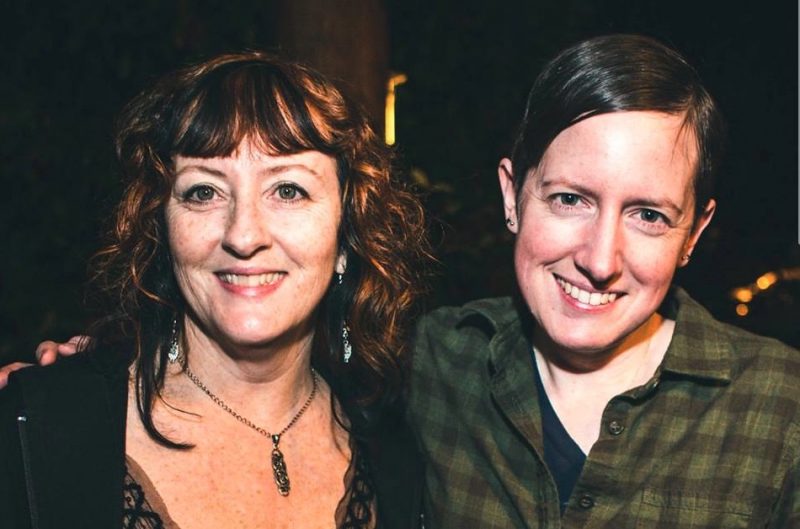 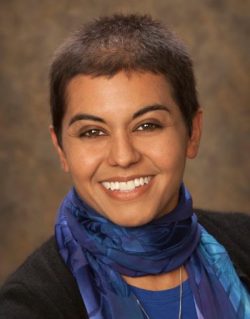 Jenna Butler is the author of three critically acclaimed books of poetry, Seldom Seen Road, Wells, and Aphelion; an award-winning collection of ecological essays, A Profession of Hope: Farming on the Edge the of Grizzly Trail; and a new travelogue, Magnetic North: Sea Voyage to Svalbard. Her research into endangered environments has taken her from America’s Deep South to Ireland’s Ring of Kerry, and from Tenerife to the Arctic Circle, exploring the ways in which we impact the landscapes we call home. Butler is a professor of creative writing and environmental literature at Red Deer College and lives with three resident moose and a den of coyotes on an off-grid organic farm in Alberta’s North Country. 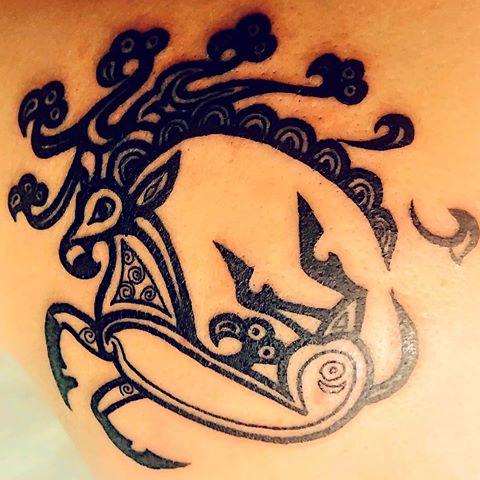