#581 Cookbook for a dystopian future 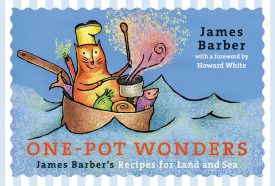 There are few Canadian chefs I could name off the top of my head. In fact, there are only two: the Galloping Gourmet, whose real name escapes me, and James Barber (1923-2007). Both I know from years gone by and being sick in bed watching daytime television. Entertaining in their own ways, only one seemed to make food accessible to everyone. Barber’s Urban Peasant TV show and book series suits me for one main reason — cooking should be made easy. His effort to do so is encouraging for all who fear adventure in the kitchen.

But times have changed since those days and Barber’s death. Now that our dystopian future is cemented in, a cookbook to help the survivors carry on is a must-have. I bet you didn’t see that coming in a cookbook review! I’m sure James Barber wasn’t thinking that when he created his One Pot Wonders in 2006, but it gave me ideas on how we’ll feed ourselves when the end days approach. Fresh ingredients would be sparse, but canned goods, especially fish, beans, and tomatoes are given the green light by Canada’s woolly, seafaring, sherry-sipping chef. 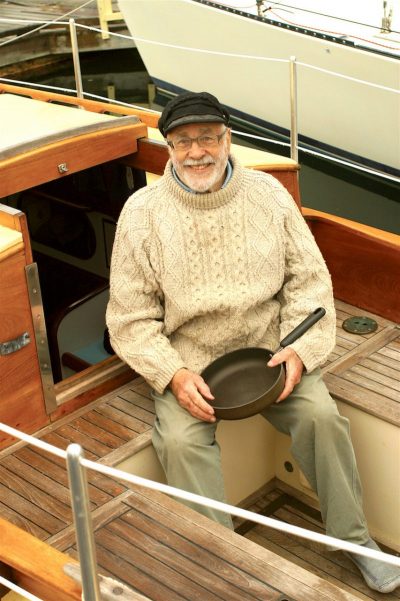 James Barber spent a lot of time on his boat and created or adapted many of these recipes for simple and small space kitchens on a boat or at home. Big or small, kitchens can get pretty messy when preparing supper, so cooking any meal with little cleanup involved is a big perk. Not being seaworthy myself, I can only imagine what cooking on a boat would be like. For comparison I looked into my camping trips of the past, and it went the same way: simplicity and, if you’re lucky, taste is the ruling order for every meal.

People who don’t fancy themselves cooks, or perhaps those bachelors/ettes who like to keep things simple in the kitchen, will enjoy One Pot Wonders. The “Super All-Purpose Peanut Sauce” is a great recipe and a fantastic reminder to make in large portions to have at hand for a series of different recipes you can prepare later. The versatile benefits of fresh ginger are covered in a couple of pages, with a suggestion to add sherry to a jar of cut-up chunks for storage. I’m pretty sure the only thing missing in this book is a section dedicated to sherry — a supplemental addition to a number of recipes.

The little value-added extras included in One Pot Wonders include quips on boat-living lifestyles and advice on how best to achieve happiness with that. For instance, Barber reveals what to cook on a boat barbecue. As a confirmed landlubber, I wouldn’t have thought that burgers would be a bad thing, but splattering grease and the risk of fire are enough of a deterrent. 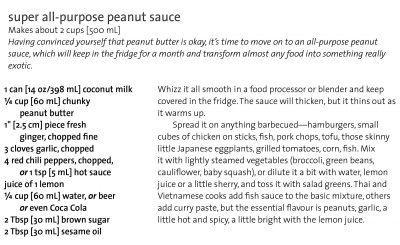 I love to eat good food and I love making it even more. Even the translation of my surname “von Essen” references eating. I own a few cookbooks but I’d say it’s my wife who is a bit of hoarder of hardbound recipe books. We’ve a bookcase to prove it. Included in her collection is a selection of dishes and desserts from the sixties and seventies. Since I was a kid then and don’t recall, was all the food wacky and awful, but also really photogenic?

I mention this because I’m a little frightened of a few James Barber recipes that remind me of those cookbooks from yesteryear. For instance, recipes of meat with fruit are represented:

Chicken and Grapes. Not sure what the angle is with it being “a good dish for a romantic,” but I felt like an eight year-old passed me this recipe under the table when I pictured it on the plate. With a few attempts planned, I bailed on making this dish every time I considered it. Someone else needs to make this for me next time there’s a dinner invite.

Chicken and Oranges. This is another recipe instructing us to add sherry. (Barber emigrated from sherry-mad England in his late twenties). Other than a lemon, I’m of the opinion that chicken and fruit don’t jive together. 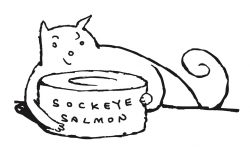 Pork Chops and Apples. Apples … nutmeg … wine … what’s not to love? I don’t even have to cook this to know it’d be delicious. The ingredients and instructions were making me salivate: an excellent telltale sign that one should always acknowledge.

As my healthy-eating sister pointed out to me, combining proteins like chicken with fruit is considered a gastrointestinal mess in our modern times of nutritional know-how. But hey, we’re on a boat! Or camping! And we’re probably eating potato chips too. It’s all good when you’ve managed to complete meal prep under challenging circumstances — like our conjectured dystopian future.

B.C.-based Barber offers a few tasty salmon options to play with including the easiest of any one-pot recipe, the chowder dish, with a canned salmon and tomatoes version done in twenty minutes. A kid could make this, as well as many of his other featured dishes. In keeping things simple, his spice selection is quite basic throughout but he gives valid reasoning from the start. Personally, I think he’s a little heavy with the salt, but what chef isn’t? 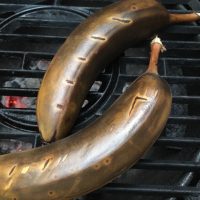 Some standouts are the African Chicken Stew, Penne and Potatoes, and the Corn Fritters (I added chilli flakes). There’s lots of pasta and rice options, some of which allow you to reuse portions for another recipe later on. Chicken and seafood are represented well, as are egg dishes.

Breakfast, lunch and dinner are covered. Jump right to the end if it’s desserts you’re after. I finished off a night barbecuing by adding a couple of bananas, skin and all, to the grill. Ten minutes later we cracked them open to adapt a Barber recipe by drizzling the gooey innards over ice cream…mmmm.

One thing the dessert recipes have in common is a fruit and butter combination in a single, hot frying pan — and of course, nothing is complete without a little sherry. 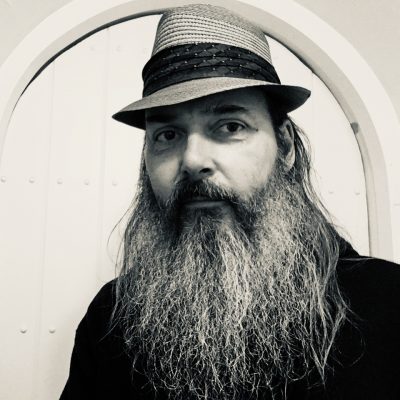 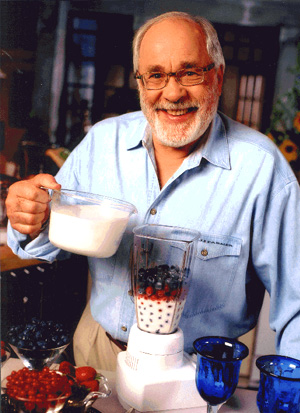 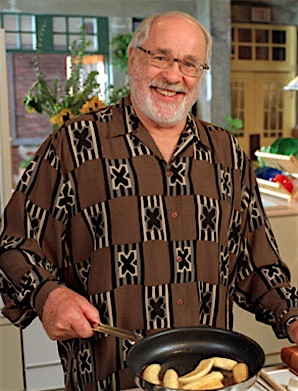