by George Bowering and George Stanley

Two of B.C.’s senior poets, George Stanley (born 1934) and George Bowering (born 1935) contribute opposite halves to a flip or tumble book from New Star Books. Some End / West Broadway has two front covers, each showing half of the same painting by Jack Shadbolt.

Ormsby Reviewer Danny Peart calls this “an unusual enterprise,” but he relishes the two Georges’ take on contemporary topics ranging from politics, ravens, near-death experiences, and the relentless urban growth in Vancouver. “The city changes faster than the heart,” George Stanley says in one poem — Ed. 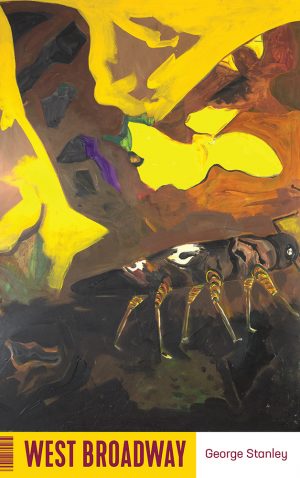 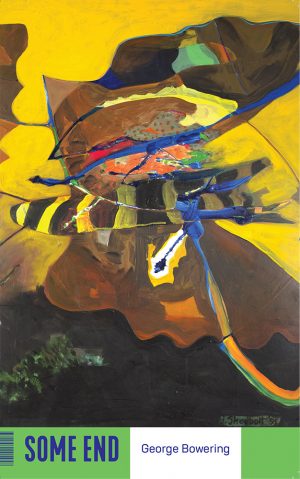 This small book of poems is an unusual enterprise. 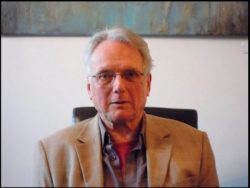 One side of the book includes 31 new poems by George Bowering. When you flip over this tumble book (or flip book), you find 43 more pages of poetry and prose by George Stanley. The first impression for the book, front and back, is striking — the two halves of the strong bright image of Jack Shadbolt’s 1995 painting, “Encounter.”

For some reason, this new paperback does not give an author biography or photo for either of these accomplished poets, so I will briefly do that for you. 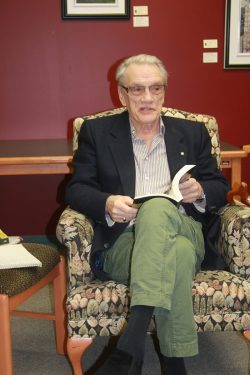 His most recent books include Writing the Okanagan (Talonbooks, 2015) 10 Women (Anvil, 2015), The Hockey Scribbler (ECW Press, 2016), and The Dad Dialogues (with Charles Demers, Arsenal 2016). He is an officer of the Order of Canada and a member of the Order of British Columbia.

Born in San Francisco, George Stanley has lived in B.C. since 1971 and has been a Canadian citizen since 1978. He taught English in B.C. community colleges for 26 years, publishing nine books of poetry on the way, the most recent of which are After Desire (2013) and North of California Street (2014), both from New Star. West Broadway is his tenth book of poetry.

George Bowering’s half of the book contains a table of contents but George Stanley’s half doesn’t. I’m not sure why this is.

Early in the George Bowering section he reveals that “The world speaks to me/ in sentences.” And his readers know that those sentences have been coming to Bowering in an abundant way for a great many years.

We also learn, though, that he recently fell into a coma for two weeks and that:

Being in a coma can play
havoc with your sense of time. It can
turn your eyes from brown to blue.

And just out of that coma, it was time to thank his loyal dog for saving his life.

Three years ago he was walking his dog, Mickey, when he collapsed from a cardiac arrest. Ivy Zhang, a Grade 8 student, and others helped to get him medical attention in time to save his life and aid in his recovery. No wonder he detects, in “Speech Language Path,” “ …a new understanding that something awful / this way comes with appetite for you.” 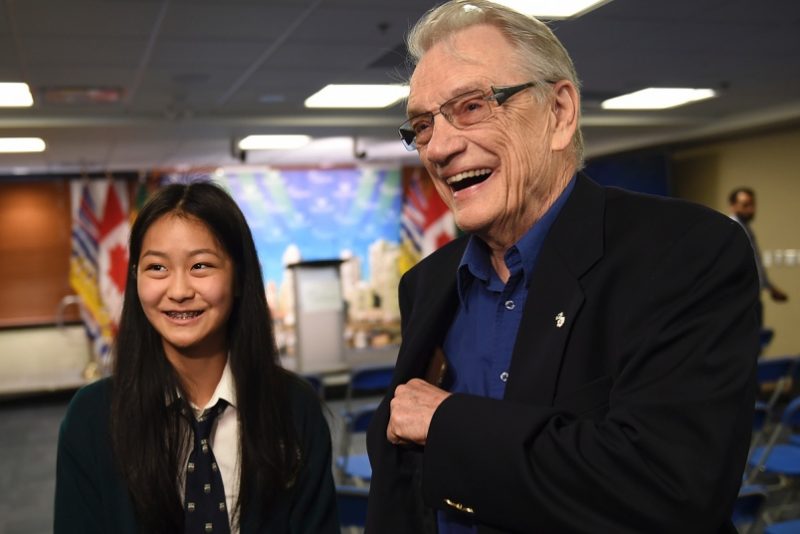 I especially enjoyed his poem about his friendship with Al Purdy, “The Country North of Summer,” which ends:

The grave wherein my pen pal is laid lies
at the bottom of a country road saying his name.
It’s a dandy place to lean against the stone book
and read a bunch of poems, except in winter.

In “The Weight,” Bowering offers the recognition to the poet Margaret Avison that he feels she fully deserves. I had not heard of her prior to this – yet she won a Governor General’s Literary Award twice and also the Griffin Poetry Prize.

George Stanley includes many Vancouver references, including this stanza from “Our Age (an imitation),” after the Russian poet Anna Akhmatova:

West Point Grey chills in late sunlight,
sun’s rays gleam off shop windows & cars,
but deep scratches have appeared in some of the house doors,
and rows of ravens weigh down the power lines. 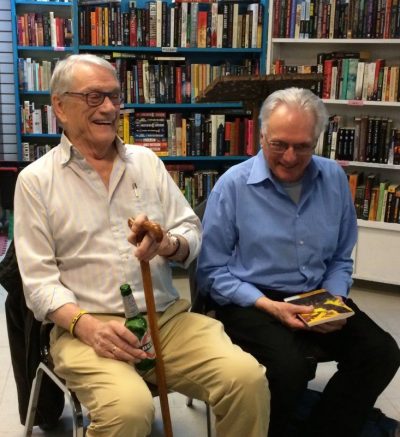 In “To a Young Voter,” Stanley reflects that:

Stanley and Bowering also address poems to each other. Bowering’s starts, “I’ll be in your poem if you’ll be in mine,” and Stanley responds with his “Letter to George Bowering:

… Yet out my window
the building across Balaclava Kidsbooks used to occupy
will come down soon. The city changes
faster than the heart. We’re reading our next books.

It is so reassuring to see these two veteran writers, now in their eighties, laughing together in the photo from their Vancouver book launch this year. 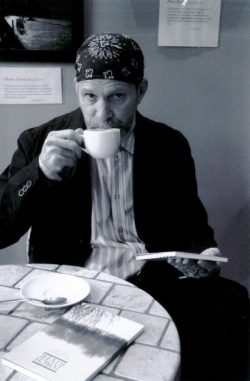