From Wah Lee to Chew Keen: The Story of a Pioneer Chinese Family in North Cariboo 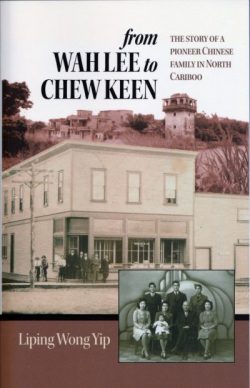 In 1917, Wah Lee and his third wife, Mon Ho, boarded the Empress of Russia in Hong Kong, bound for British Columbia. They settled at Quesnel, where Wah Lee became known as Chew Keen, and the couple had a family of six children.

One Keen family descendent married Liping Wong Yip, who has now written the story of this early Chinese-Canadian family of Quesnel and North Cariboo. Reviewer Tzu-I Chung commends Yip for her “painstaking and successful investigations on both sides of the Pacific.” — Ed.

It started with a railway map, Wah Lee/ Chew Keen’s hand-drawn map of his migratory route from his home village, Tim Gum Lei in Sun-wui County (now Xinhuixian) to the port of Hong Kong, following the stops of the Sun Ning Railway.

The railway’s construction was promoted and financed by Chin Gee Hee, a native of the area who made his fortune in Seattle in the second half of the nineteenth century. The railway operated from 1909 until 1938, when it was a victim of the Sino-Japanese War.

One of the letters home

The railway map illustrates one of the many “corridors” that the overseas Chinese developed to maintain meaningful relationships with “the old country (or old village, lineage, or province).”[1] The fact that this early “corridor” forged by an early Chinese migrant to the United States later sent Wah Lee/ Chew Keen off to Canada — and resurfaced in the family memory through his drawing for his daughter to help her find the way “home” — is a remarkable testimony to the overseas Chinese network and connections.

A pioneer storekeeper in Quesnel, Wah Lee/ Chew Keen gave the map to his daughter Beatrice on her wedding day, September 28, 1938, as she recalled clearly seventy-three years later (p. 8). This family heirloom was shared with the author of this book, Liping Wong Yip, who was born in China, emigrated to Canada, and married a descendant of Wah Lee in 1984.

Fascinated by the map, Yip set out on a quest to learn more about the history of her husband’s family both in China and Canada. As Chinese family and given names were often mixed in English records in Canada, this type of quest was not a straightforward one. Yip had to draw on her combined language skills in Sze Yup (also spelled Say Sup, the four-county dialect) and Cantonese dialects, in addition to Chinese and English. This book, and the discovery that Wah Lee’s real name was Chew Keen, result from Yip’s painstaking and successful investigations on both sides of the Pacific.

Another trans-Pacific historical connection revealed in the Wah Lee family history is an incident in 1917. When leaving Hong Kong for Canada, Chew Keen and third wife, Mon Ho, boarded S.S. Empress of Russia on July 5, which also picked up 2,299 labourers for the Chinese Labour Corps at the northern Chinese Port of Tsingtao (pp. 129-130). 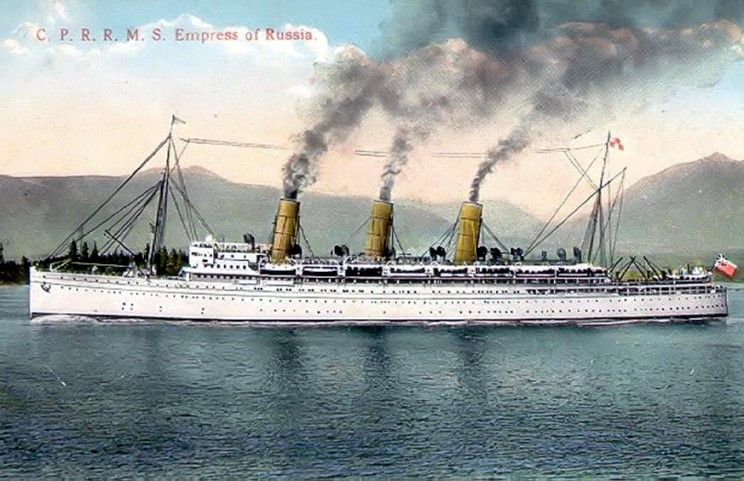 On arrival in Canada, the labourers stopped at William Head on Vancouver Island en route to the Canadian Pacific Railway to serve in the First World War in France. The history of the Chinese Labour Corps in 1917-1918 as a secret operation was mostly not known until the last decade, when publications and documentaries in English and Chinese on the topic first traced the official and personal history.

From Wah Lee to Chew Keen provides interesting glimpses of private lives of Chinese-Canadian families and Chinese customs. As there were few Chinese women and thus families in the Cariboo, the Keen family’s Chinese family friends included C.D. Hoy, a merchant and photographer, and Nam Sing, a pioneer market gardener. (Wah Lee’s family is referred to as the Keen family in this book). Yip’s stories of children’s summer berry-picking and children’s close local circle of friends resonate with those recorded in Lily Hoy Price’s memoir I am Full Moon: Stories of a Ninth Daughter (Brindle & Glass, 2009), and nicely complements it. 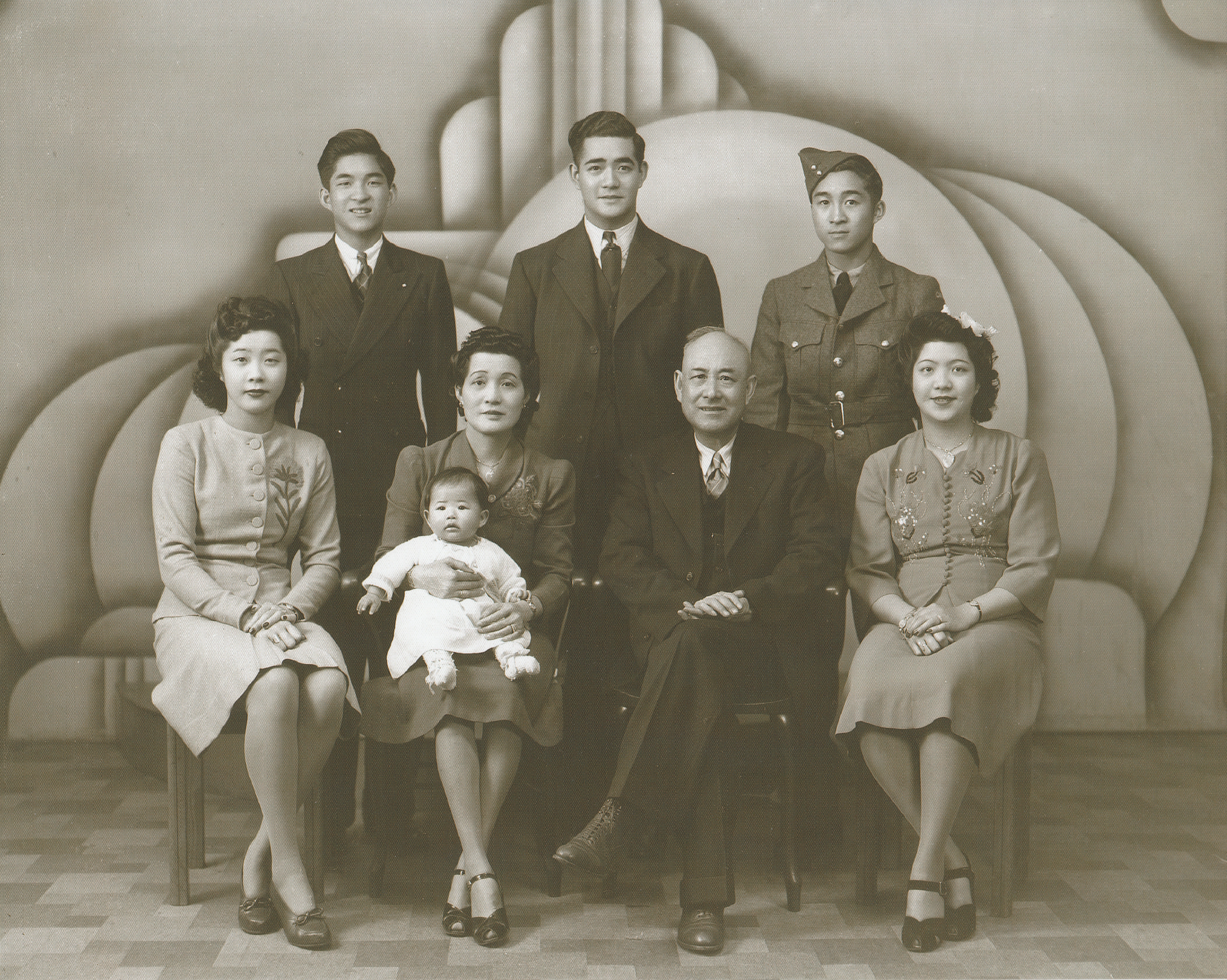 Whereas I am Full Moon mainly deals with life in Canada in first-personal narratives, Yip not only describes life in Quesnel from oral history: with her knowledge of standard Chinese and several dialects, and of Chinese cultural practices, she was able to interview family members in China and Canada. She records Mon Ho’s story from family members’ recollections, including how she perceived changes in cultural practices from such obvious things as hairstyles and clothing. 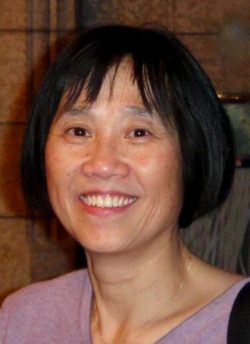 Yip also references traditional Chinese practices around marriage and childbirth. In China at the time, it was not unusual for a man (who could afford it) to have more than one wife. In most cases, however, only the wedding with the first official wife was marked by formal marriage customs following the classic Book of Rites; depending on the social status, some, little, or no ceremony surrounded a man’s marriage to his second or third wife, who might have been required to enter the matrimonial home by a side or back door.

While recording Mon Ho’s marriage, Yip cites the traditional wedding arrangements from the classic Book of Rites, but it is unclear if such practices applied to Mon Ho’s wedding as a third wife. Interestingly, when her first child was born in Canada, she followed the Chinese custom of resting for a month after the baby’s birth, a common practice still followed by many new immigrants today.

The book started with a map, but a modern map of China showing the places mentioned in the book and a list of proper names and variations in English spellings would be useful. These quibbles aside, From Wah Lee to Chew Keen is a fine addition to the growing literature of Chinese-Canadian family history from a distinctive cross-cultural perspective. 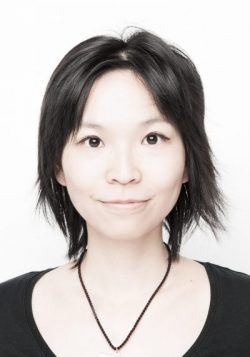 Dr. Tzu-I Chung is a cultural and social historian, broadly interested in transnational migration between the Asia-Pacific regions and North America. Since becoming a Curator of History at the Royal B.C. Museum in 2011, Tzu-I’s research has focused on B.C.’s diverse cultures and communities and their transnational connections. Her work is enriched by her experience in community outreach and her own cross-cultural and multi-lingual background.

[1] The concept of corridors has been developed by Philip A. Kuhn, Chinese among Others: Emigration in Modern Times (Lanham, MD: Rowman and Littlefield, 2008), p. 49. 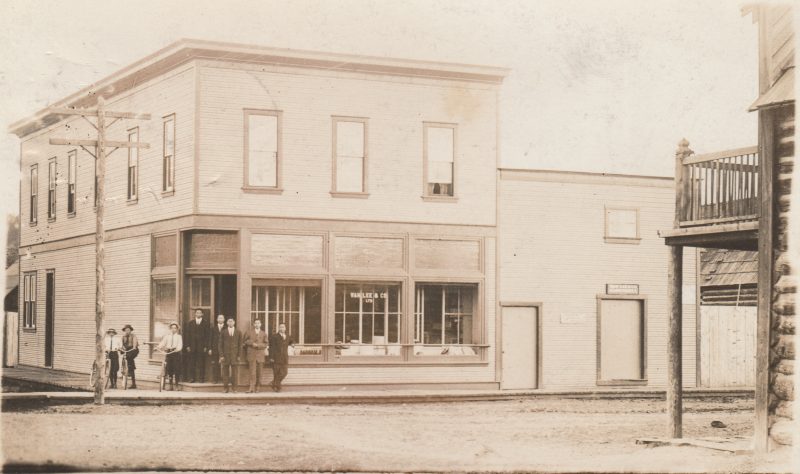