Landscapes and Landforms of Western Canada
by Olav Slaymaker (editor)

Thirty-four leading specialists contribute to Landscapes and Landforms of Western Canada, a collection of essays edited by UBC’s Olav Slaymaker. “Wherever you are in western Canada,” writes Syd Cannings, “this book has something to offer you, something to teach you about the landscapes you live among or are driving through on a summer adventure.” — Ed. 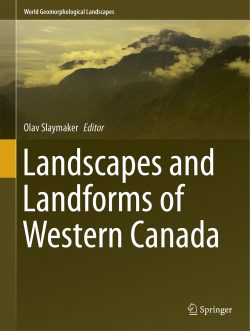 My father was a self-taught naturalist who was always curious about the country around him, and as far back as I can remember, he instilled a love of landscapes and their stories in my siblings and me.

He wasn’t a geologist, but he read Hugh Nasmith’s Late Glacial History and Surficial Deposits of the Okanagan Valley (Victoria: Queen’s Printer, 1962), and told us of huge ice-dammed lakes, kame terraces, alluvial fans, and kettle country.

When we played along the silt bluffs west of Penticton, we learned that they were made of the bottom sediments of Glacial Lake Okanagan, and when we tobogganed into the “Big Hollow,” we knew we were entering the empty space left behind by stagnant ice 10,000 years ago. 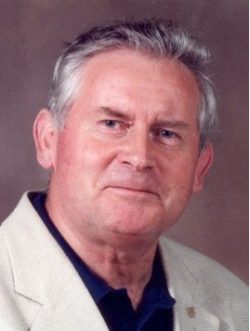 All this to say that when I heard that there was a new volume about the landscapes of western Canada, I was eager to read it. This book is part of a new series, World Geomorphological Landscapes, and is one of two scheduled to describe the landscapes of Canada — the Eastern Canada volume has yet to be released. The book is divided into three parts: Part I (three chapters) provides an overview, dealing with the big-picture look at the long-term geomorphic history of the region, the Pleistocene landscapes, and the Holocene and Anthropocene landscapes.

Part II makes up the bulk of the volume; it is a series of 25 chapters covering a selection of the diverse landscapes of the region, from Herschel Island and Prince Patrick Island in the north to the Fraser Lowland and the Red River Valley in the south. Part III concludes the book by asking the question “Wherein lies the intrinsic value of landscape?”

The collection is edited by Olav Slaymaker, professor emeritus in the University of British Columbia’s Department of Geography. Thirty-four additional experts (university academics, government scientists, and professional consultants) contributed the various chapters. Many of the chapters represent summaries of years or even decades of research by the authors and their students.

This is a hefty book, running to 435 pages with a sturdy binding. As you may imagine, it is dense with information as well. For the purposes of this review, I did some selective reading, picking out chapters that caught my attention. I can say, though, that based on a perusal of the book, these chapters seem representative of the entire collection.

Because I grew up in southern British Columbia and now live in the Yukon, I found myself stopping at the chapters highlighting those regions. It was wonderful to read the chapter by Hugh French about periglacial landscapes in the northern Yukon, and I wish I’d read it before I drove the Dempster Highway earlier this year. 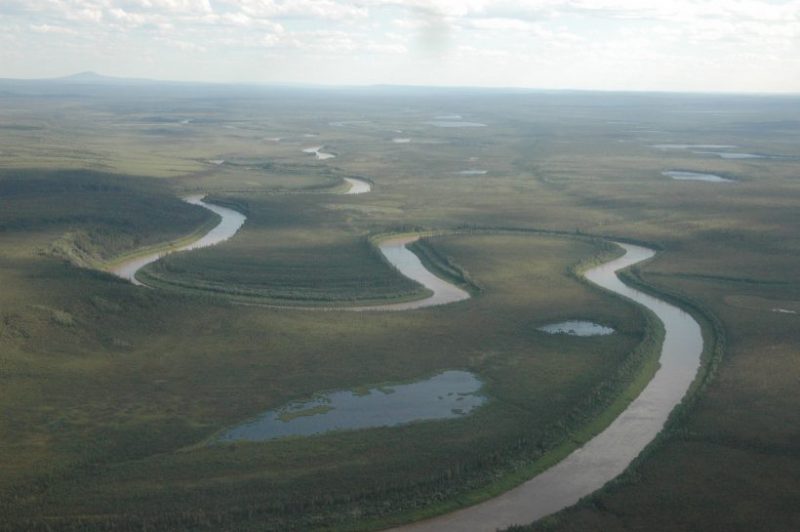 For some reason I was particularly drawn to a graph of below-ground temperatures on the Eagle Plains through the year, an apparently simple figure but one that took me a while to digest. The effort was worth it, because it really helped me understand and appreciate the rugged taiga of stunted black spruce and tamarack taiga that I had meandered through a short time before. 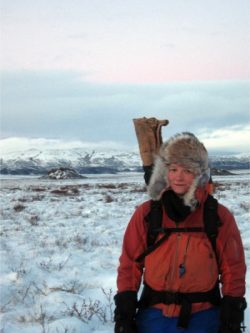 Similarly, I’ve been fascinated by the patterns of the Old Crow Flats since I visited them in the early 1980s, so I was intrigued to read the chapter by Pascale Roy-Léveillée and Christopher Burn on its thermokarst lakes.

These lakes are often rectilinear, aligned with the prevailing wind direction, and are susceptible to catastrophic drainage because of overflow and erosion of the ice wedges hemming them in. The local people are very concerned about the effects of a warming climate on these lakes, and the impact those changes will have on the wildlife the people depend upon.

Another chapter, by Tracy Brennand and Andrew Perkins of Simon Fraser University, details the deglaciation of the southern Cariboo and adjacent areas. The reader learns (among other things) about various types of eskers, and the extent of late glacial lakes in the Dog Creek valley and Meadow Lake area.

Although this region was earlier thought to have been deglaciated through stagnation (a passive, top-down decay of the ice sheet with only minor frontal backwasting across the plateau), detailed work has now shown that there was an active ice margin during the retreat.

The Fraser Lowland gets its own chapter by Dori Kovanen and Olav Slaymaker, who describe its complex evolution from the late Pleistocene through to the Anthropocene, where human actions have big impacts on how the Fraser’s sediments are distributed. 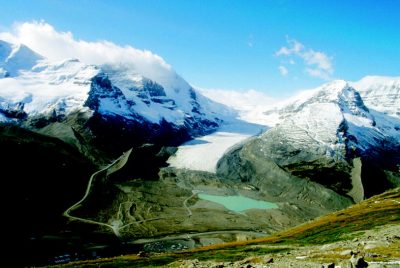 And any naturalist who is travelling through the Rockies would love to read the chapter on glacier landscapes in those mountains by Brian Luckman of Western University, which includes a detailed account of the Athabasca Glacier in the Columbia Icefield. The Prairies and the western Arctic get their due as well, including chapters on the Assiniboine watershed of Manitoba and polar desert of Prince Patrick Island.

The point is, wherever you are in western Canada, this book has something to offer you, something to teach you about the landscapes you live among or are driving through on a summer adventure.

The tone is academic, but because the chapters represent broad reviews of regional landscapes, most of the text is accessible and can be appreciated by the generalist or interested naturalist. There is specialized language, though (some of which is useful and necessary in this sort of book), so if you’re not a geomorphologist or surficial geologist, it might be handy to have a specialized dictionary (or the Internet) at hand. 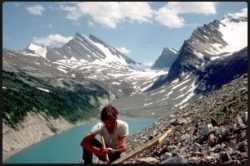 The book is filled with hundreds of maps, graphs, and photographs, which really help to bring the stories to the reader. Unfortunately, a number of the photographs are dark and muddy, and the reader must work hard to appreciate what they are illustrating.

Additionally, the labels on some of the dark maps and satellite images are double-coloured, black on white (rather than simply white), which makes them difficult to read.

However, when all is taken into consideration, this book is a must-have for anyone who is enthusiastic about learning the stories behind the landscapes around them. 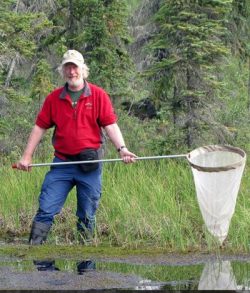 Born and raised in the Okanagan Valley in a family of amateur naturalists, Syd Cannings began to study the natural world seriously at UBC, where he received Bachelor’s and Master’s degrees in Zoology. After graduation, he became the curator of the UBC insect collection from 1980 to 1991 and also began a series of summer insect surveys to the Yukon. In 1991, he moved to Victoria to become the zoologist for the B.C. Conservation Data Centre, and for the next decade travelled the province searching out hotspots of biological diversity and rarity. In 2003, the call of the Yukon pulled him north again, and he has worked since then as a Species at Risk Biologist for the Canadian Wildlife Service in Whitehorse. With his brother Richard, he has written a number of books on B.C.’s natural history, including British Columbia: A Natural History (1996; new editions 2004 and 2015), Geology of British Columbia (1999; new edition 2011 ), The World of Fresh Water (2008), and The New B.C. Roadside Naturalist (2014), all published by Greystone Books. British Columbia: A Natural History won the Bill Duthie Booksellers Choice Award for best book published in B.C., the Canadian Science Writers’ Book Award, and the Lieutenant-Governor’s Silver Medal for best book on the history of B.C. 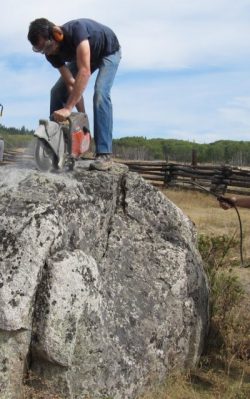 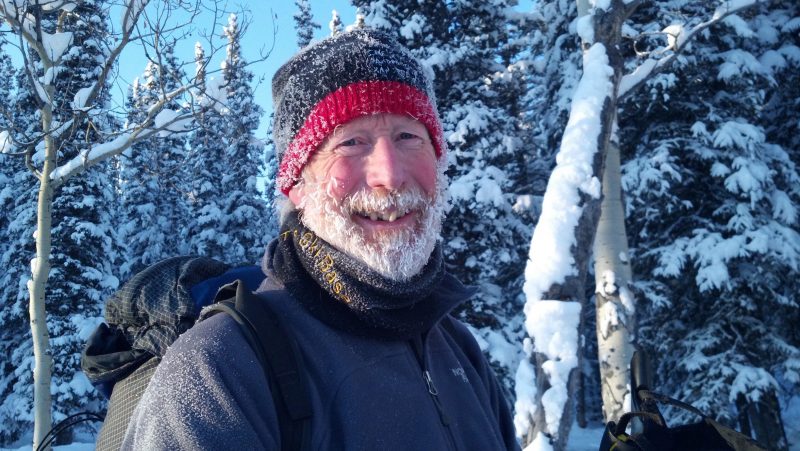