#370 We were songen and rejoicing

Victoria poet Patrick Friesen (born 1946 in Steinbach, Manitoba) also works with dancers, choreographers, and composers, and writes songs for musicians. Reviewer Danny Peart calls his latest book, songen, “the work of a craftsman.” Peart tells us that songen is the past tense of singen (to sing) in Middle English. This book has been shortlisted for the $5,000 City of Victoria Butler Book Prize awarded to a Greater Victoria author for the best book published in the preceding year in the categories of fiction, non-fiction or poetry.– Ed. 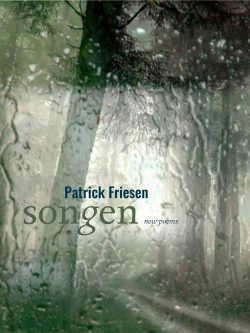 If we live in a country that values poetry, we must value Patrick Friesen. He has now unleashed a choir of voices in his new collection, songen, consisting of 87 poems, all of them one sentence long, separated by commas, and between eight and fourteen lines in length.

Occasionally Friesen uses words and phrases from Middle English and Low German. Songen is the past tense of singen (to sing) in Middle English: ye songen, we songen, they songen.

The entire book is in lower case. In what could serve as the title poem, “rejoicing, the folye.” he writes:

we were songen and rejoicing, well, singing anyway,
goodly poison in our veins, flopping fish, as it were,
sermon on the mount, tanked and weathered, witless
to the dregs, our folye, our only haberdashery ruined,
and us pissed and singing….

Since he began publishing poetry, in the 1970s, Friesen is all about intensity. The reader must engage again and again and on every page. There is not one easy page in songen. This is the work of a craftsman.

In “water” he writes:

water, selkirk water, the seine, the assiniboine,
water as time, and forgetting, ewig, slipping by
with its rowers and sailors, with its archaic ships,
phoenicians, and the mediterranean lapping on
spanish shores, auden’s ploughman turning away,
wind rippling the surface, and somewhere joyce’s
snotgreen sea….

I did have to search for the word “ewig.” I believe it is Old High German (and Old Saxon) for “eternal” and “everlasting.” 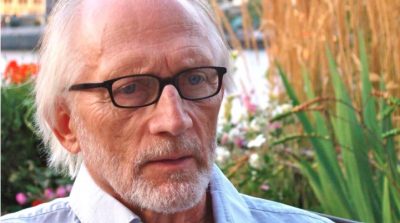 It certainly helps to find a quiet place to read this wordsmith’s poems, free of distractions. In “dirt road, the time it takes to sing,” he writes,

bare feet
walking, between streams, between long ago and some
time ago, or, just the time it takes to sing, singing into
darkness, and never home, never away, the human
task, the walking….

berryman, god bless the man who plunged from
a bridge, waving and playing his hand, by his hand,
a life of skullduggery, jugglery, and raving nights,
streetlights hissing, the man who left the table.

Poet John Berryman (1914-1972) killed himself by jumping from the Washington Avenue Bridge in Minneapolis.

If you’re going to read these poems, you will have to pay close attention. Sometimes I could only sustain that focus for two or three poems at a time, and then rest and savour them before continuing.

In the final poems of this collection, Friesen turns to love. In “even her shadow,” he writes:

even her shadow, as she moves past the windows,
is beautiful, moonlight melting through the blinds like
sunflower oil, a silhouette on its way to the bathroom,
the smell of night in the room, and me about to fall back
on my pillow, falling into sleep, but hanging on, eyes heavy-
lidded, wanting to see her shadow return, its contour,
in silent motion, unsure-footed across the rug, then leaning
into bed, drawing the duvet about her, like a child, until
only her small face shows, a sigh, and she’s gone, out
of this room, this home, away, and I touch her hair.

How is that for a love poem in a single sentence?

You’ll feel you’ve achieved something important when you’ve read every page of songen.

I can’t get enough of this book. 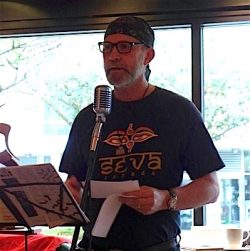 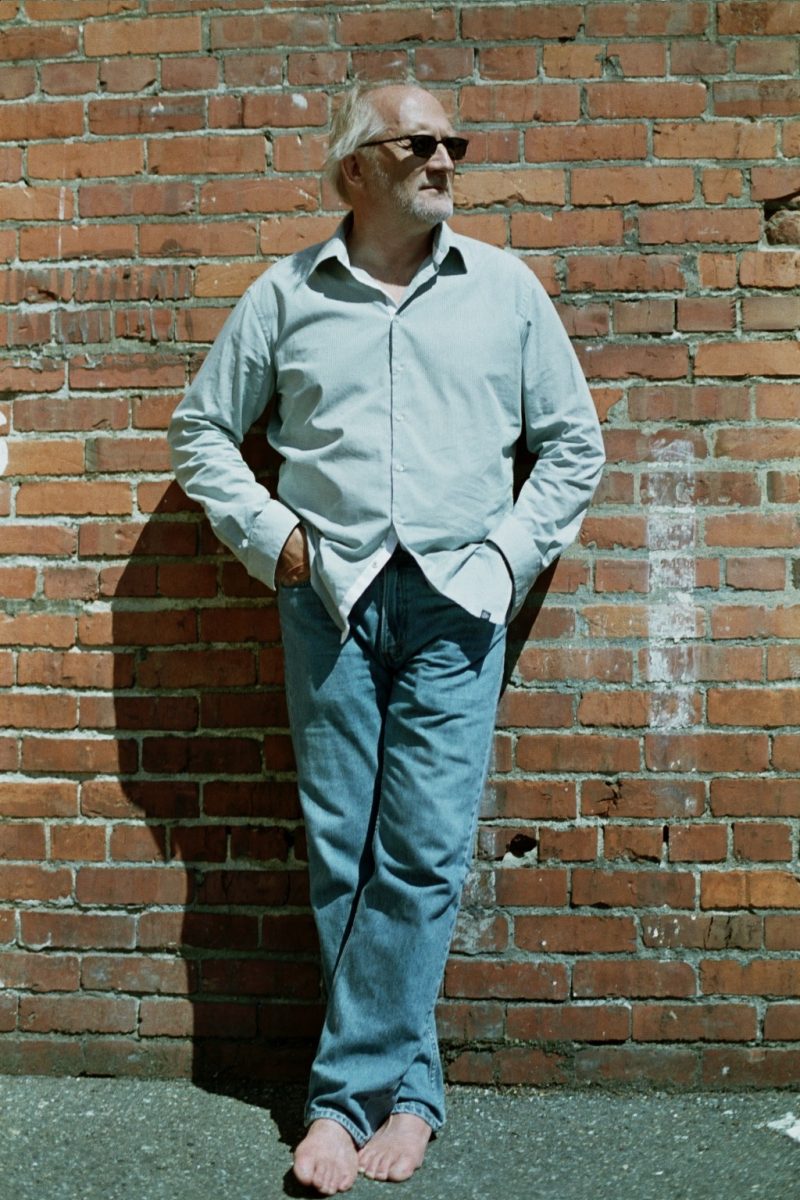