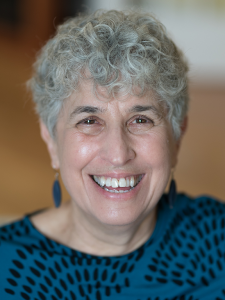 The B.C. winners at the Western Canada Jewish Book Awards this year include:

Rhea Tregabov (right), who took the Nancy Richler Memorial Prize for Fiction for Rue des Rosiers (Coteau $24.95), her story about a young woman’s search for identity that takes her to Paris in 1982 where she faces the terror of an age-old enemy. Sarah is the youngest of the three Levine sisters. At twenty-five, she is rudderless, which keeps her from seizing her own life. When Sarah is fired from her Toronto job, a chance stay in Paris opens her up to new direction and purpose. But when she reads “death to the Jews” on the wall above her local Métro station, shadows from childhood rise again.

Born in Saskatoon and raised in Winnipeg, Rhea Tregebov moved from Toronto to Vancouver in September of 2004 to commence teaching as an assistant professor of Creative Writing at the University of British Columbia in January, 2005. Tregebov has published five children’s picture books including The Big Storm. She is the editor of nine anthologies of essays, poetry and fiction, including Gifts: Poems for Parents (Sumach Press, 2002). Her first collection of poetry Remembering History received the Pat Lowther Award in 1983. 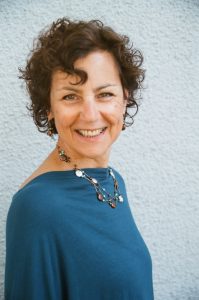 Ellen Schwartz won the Diamond Foundation Prize for Children/Youth Literature for The Princess Dolls (Tradewind $19.95) set in 1942 in Vancouver about best friends Esther and Michiko. When they spot the Princess Elizabeth and Princess Margaret dolls — in vogue at the time — in the local toy store window, they long to get the dolls for their shared birthday. But when Esther receives the doll and Michiko doesn’t, their friendship starts to unravel. The story is set against the backdrop of an atmosphere of increasing hostility and racist attacks upon the Japanese community — culminating in the Internment. During much of the story, restrictions on Japanese Canadians are increasing. Then Michiko and her family are sent away. With such enormous barriers erected between them, Esther and Michiko are left to their own devices as to how to mend their friendship.

Ellen Schwartz was born in Washington, DC, and now lives with her family near Vancouver. She is the author of 17 children’s books, including Abby’s Birds and Mr. Belinsky’s Bagels. 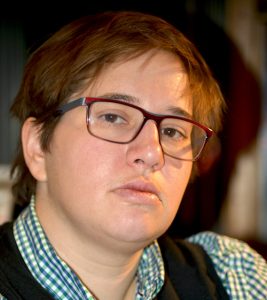 Alex Leslie won the Lohn Foundation Prize for Poetry for Vancouver for Beginners (Book*hug $18), her collection of poems in which the nostalgia of place is dissected through the mapping of a city where readers are led past surrealist development proposals, post-apocalyptic postcards and childhood landmarks long gone. Vancouver for Beginners is a ghost story, an elegy and a love song for a city that is both indecipherable and a microcosm of a world on fire.

Alex Leslie was born and lives in Vancouver. She is the author of the short story collection People Who Disappear that was nominated for the 2013 Lambda Literary Award for Debut Fiction and a 2013 ReLit Award. Leslie also published a collection of prose poems, The things I heard about you, which was shortlisted for the 2014 Robert Kroestch Award for Innovative Poetry. She won the 2015 Dayne Ogilvie Prize for LGBTQ Emerging Writers. 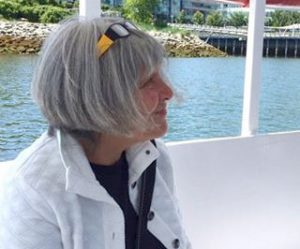 Olga Campbell won the Kahn Family Foundation Prize for Holocaust Literature for A Whisper Across Time (Jubaji Press $32) about one family’s experience of the Holocaust. It’s Campbell’s personal story told through prose, art and poetry, thereby creating a multi- dimensional snapshot of family losses and intergenerational trauma. It is a story of remembering and healing and also a cautionary tale asking the reader to look at what is happening in the world today. It happened before – it could happen again.

Olga Campbell is a visual artist living in Vancouver. Her art includes photography, sculpture, mixed media painting and digital photo collage. She has written two books, Graffiti Alphabet (2009) and A Whisper Across Time (2018).