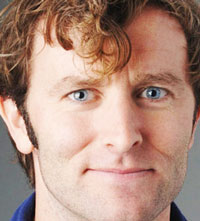 Ever since his father started developing 38 lots of private property on five kilometres of oceanfront next to the Desolation Sound Marine Park, at the northern end of the Strait of Georgia, in the 1970s, former pop musician Grant Lawrence was compiling experiences for his memoir, Adventures In Solitude: What Not to Wear to a Nude Potluck and Other Stories from Desolation Sound (Harbour $26.95). Few stories are more memorable than ‘Smoke on the Water’, Lawrence’s recollection of attending a nude potluck as a boy. Feeling obliged to accept an invitation from the “left-over hippie” Aldo, who lived only five minutes boat ride away, all four fully-clothed Lawrence family members were aghast to discover the spectacle of innocent, pot-smoking, naked bodies cavorting everywhere in the adjoining bay. Lawrence’s book received the Bill Duthie’s Booksellers’ Choice Award and was nominated for the Edna Staebler Award for Creative Non-Fiction and the Hilary Weston Writers Trust Prize for Nonfiction, the richest annual literary award for a book of nonfiction published in Canada. In Lawrence’s second book, The Lonely End of the Rink: Confessions of a Reluctant Goalie (Douglas & McIntyre 2013,) the narrative passes back and forth between tales of Grant’s life and a history of hockey. It reached the top of the BC Bestsellers List in November of 2013 and won the Bill Duthie Bookseller’s Choice Award in 2014.

According to publicity materials: “He was an undersized child who wore thick glasses and knee-braces, and he understood, first-hand, what it was like to be in the attack zone of the hockey-obsessed jocks at his school. For Grant, bullying and the violent game of hockey seemed to go hand-in-hand. Yet he was also enamoured with the sport, and eventually learned that playing goalie on a hockey team isn’t all that different from playing in a band and that artistically-minded wimps find just as much joy in the game as their meathead counterparts.”

Grant Lawrence rose to prominence as the host of his CBC Radio 3 Podcast with Grant Lawrence and Grant Lawrence Live on CBC Radio 3 and Sirius 86. He was also frequently heard on various CBC Radio One programs such as DNTO, Spark, All Points West and On the Coast. He still visits the family cabin in Desolation Sound during the summer.

Review of the author’s work by BC Studies:
Adventures in Solitude: What Not to Wear to a Nude Potluck and other stories from Desolation Sound

Adventures in Solitude: What Not to Wear to a Nude Potluck and Other Stories from Desolation Sound won the Bill Duthie Booksellers’ Choice Award Grant Lawrence’s debut book, Adventures In Solitude: What Not to Wear to a Nude Potluck and Other Stories from Desolation Sound ($26.95, Harbour Publishing), has dominated the BC Bestseller list for much of 2011, and Lawrence was honoured earlier this year with a prestigious BC Book Prize, the Bill Duthie’s Booksellers’ Choice Award. Now his book has been recognized on the national stage with a nomination for the Edna Staebler Award for Creative Non-Fiction. The $10,000 award, administered by Wilfrid Laurier University, encourages and recognizes Canadian writers for a first or second work of creative non-fiction that includes a Canadian locale and/or significance.

The other two books shortlisted for the prize are Jew and Improved: How Choosing to be Chosen Made Me a Better Man by Benjamin Errett (Harper Collins) and Letters from the Lost: A Memoir of Discovery by Helen Waldstein Wilkes (Athabasca University Press).

Award juror and Laurier professor Tanis MacDonald said the books shortlisted for this year’s award are different from each other in tone, style and subject matter, but similar in that they all address issues of defining or redefining the self through a search for family. “Each book in its own way is about finding space for history and finding oneself inside that history,” said MacDonald.

Vancouver resident Grant Lawrence is a popular voice across Canada as host of the CBC Radio 3 Podcast and Grant Lawrence Live, and through his appearances on various CBC Radio One programs such as DNTO, Spark, All Points West and On the Coast. Fans of independent music tune in to his podcast or turn up an old song from a record by The Smugglers, Grant’s defunct rock band.

In Adventures in Solitude we meet the childhood Grant, a self-proclaimed nerd donning knee braces and coke-bottle glasses who was reluctantly dragged each summer to a piece of land his father bought next to BC’s Desolation Sound Marine Park in the 1970s–just in time to encounter the gun-toting cougar lady, left-over hippies, outlaw bikers and an assortment of other characters. It was these early experiences, many alongside an influential hermit named Russell, which led Grant to a life of music and journalism far away from Desolation Sound, only to return as an adult and discover the magic and beauty the place has to offer. In Adventures in Solitude Grant regales us with tales of “going bush,” the tempting dilemma of finding an unguarded grow-op, and other laugh-out-loud stories from this unique place. He still spends much of each summer at his cabin in the Sound.

The Lonely End of the Rink: Confessions of a Reluctant Goalie
[Review (2014)]

Fans of Grant Lawrence’s first book, Adventures in Solitude or his alt-rock band, The Smugglers, will enjoy his trademark blend of humour and hyperbole in The Lonely End of the Rink: Confessions of a Reluctant Goalie by Grant Lawrence (D&M $26.95). But it’s also an honest, introspective look at childhood bullying and the scars left unhealed in adulthood as well as the grip that hockey has on our national psyche and our sometimes appalling behaviour as fans. The upside is an insider’s account of the Exclaim! Hockey Summit of the Arts, wherein a national gathering of artistically inclined individuals (Sam Roberts Band, Sloan, the Rheostatics, Sean Cullen, Patti Schmidt, the Sadies and others) meet in team uniforms to play hockey and music and to party in “a frozen nirvana.”

Chapters devoted to the author’s undersized childhood, cursed with glasses in Grade 2 and a bizarre condition wherein his knee-caps painfully dislocate without warning, set readers up for a decidedly non-athletic path. Lawrence gravitated to the nerds in the school library but watching the Vancouver Canucks with his Dad ignited the fan fuse. The well-designed book is illustrated with photos, quirky line drawings and pearls of wisdom from great goalies, (cleverly structured in First, Second and Third Period eras and Overtime.)

Some volatile goalies featured in Between the Pipes might have benefited from reading this thoughtful book, seasoned with the tears of a clown.

“This is a storyteller’s book, and as such it is also a reader’s book. You don’t have to be a goaltender to enjoy it; you just have to be a reader who loves words, loves sports and appreciates the sorts of insights that will never be found in 140 characters or less.”

Good hockey writing manages to synthesize and emulate the adrenalin and energy of the game, the tragedy of career-ending injuries and the comedy of wags like Gump Worsley and Bernie Parent.

Druzin gives us gems like: “The butterflies in his stomach became pterodactyls” and “(the defenceman) was patrolling the blue line with the diligence of an East German border guard.”

And “…the team was as vigorous as a small dead animal. Squeamish spectators looked away.”

Readers will appreciate that goalies suffer extensive physical damage from pucks fired at 100 mph or more, the honed, knife-edges of skates and dog-piles of huge, angry men in the crease. Then there is the mental and emotional stress of carrying much of the game’s outcome on their shoulders.

Druzin presents her iconic goalies with a key personality trait or role within the team.. For example, Terry Sawchuk the Tortured Soul came to hockey from working class Winnipeg where he and his pals used a “prairie puck” aka frozen horse dung. He was a cranky chain smoker who lived with chronic pain. His life story is a tragedy, from his sad childhood to his alcohol-fuelled death at age forty, except for his records which lasted for decades and a posthumous Canadian stamp—plus Winnipeg’s Terry Sawchuk Memorial Arena.
Lorne “Gump” Worsley may have said it best when asked about Terry Sawchuk: “He was one of the great ones, but a strange man… He drove his own team-mates nuts too … maybe that’s the mark of a good goal tender. We’re not well, you know, or we wouldn’t be playing the position.”

Glenn Hall the Trooper was famous for barfing into a bucket before every game, the Lawrence Olivier of net-minders, and for his butterfly style. By the 1962 season, he’d played 502 consecutive regular games, a record unbroken to this day.

Jacques Plante the Maverick enhanced the goalie reputation for eccentricity by knitting his own toques and cooking for the fun of it. Born in 1929, Plante suffered from debilitating asthma. After experiencing the usual broken nose and cheekbones, hundreds of facial stitches and concussions, the maverick created his own face mask for training camp and defiantly wore it to a game in 1959, changing the face of goal-tending forever.

Gump Worsley the Joker handled media questions with aplomb despite dropping out of school at age fourteen to work. While Plante was a string bean, Worsley was somewhat potato-shaped, with a brush-cut and lightning fast reflexes. He went to a therapist every day for a month to control his fear of flying and baked pineapple squares christened “gumpies” by appreciative team-mates.

Johnny Bower the Gentleman began his career in Prince Albert, Saskatchewan, wearing goalie pads made from an old mattress and a stick his Dad carved from a branch. He may be the only NHL player to have recorded a best-selling record in 1967, over 40,000 copies of Honky the Christmas Goose. He played with rheumatoid arthritis and a positive attitude, the kind of goalie who checked on anyone who crashed behind his net to make sure they were okay.

Bernie Parent the Bon Vivant was an extrovert, the toast of Philadelphia, where he anchored the first expansion team to win the Stanley Cup. His game day ritual was a 16 ounce steak, exactly ten mushrooms, a nap with his dog Tinker Bell and then a video of The Three Stooges. He wrote a self-help book in 2011, Journey Through Risk and Fear after a freak eye accident prematurely ended his career and he had successfully battled alcohol and depression.

Ken Dryden the Scholar forged successful careers as a star goalie, author of The Game, and as a lawyer, politician and businessman. He possibly earned his sober moniker by working with Ralph Nader on a water pollution project after winning his first Stanley Cup in 1972, instead of golfing.

Others included are Ron Hextall the Warrior, Patrick Roy the Cock of the Walk, Ed Belfour the Fanatic, Dominick Hasek the Enigma and Martin Brodeur the Cool Customer.