Righting a past wrong 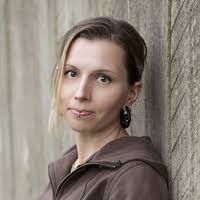 Victoria-based Christine Hart has published her fourth novel, Secrets From Myself (Dancing Cat 2017) about a 11-year old Katelyn who hears voices from past lives. She finds herself writing diary entries about someone whose fate was impacted by the Komagata Maru incident that took place in Vancouver in 1914. It drives Katelyn  to find out more about the Komagata Maru and she realizes that she has to correct a wrong from the past. “Secrets from Myself emerged from my time working in Gastown,” says Hart. “The district begs to be explored on foot and I became fascinated by the ghost stories that lurked around every historic corner… I spent a lot of time thinking about the dark dangers children face if they end up on the street.” A graduate of UVic’s English department, Hart has contributed a career and workplace column to Cahoots Magazine and written for The Green Muse and Shameless Magazine. 978-1-77086-4900