Writing on not fighting 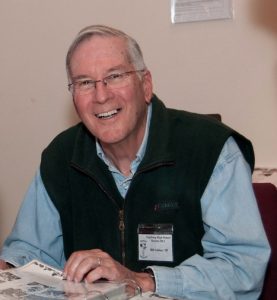 Bill Geimer of Sooke has written Canada: The Case for Staying Out of Other People’s Wars, which follows Canada’s involvement in wars, usually as a British colony or client state of the U.S., between the South African (Boer) War and Afghanistan. Bill argues that Canada should end its fealty to powerful patrons like the UK and the US and make a more valuable contribution to international relations. And Geimer knows his onions. A former officer in the US 82nd Airborne Division, he was a tank commander in Germany at the time of the Cuban Missile Crisis. He followed that with a career in law and is a Professor of Law Emeritus at Washington & Lee University. He retired to Sooke as Barrister & Solicitor (Ret.).