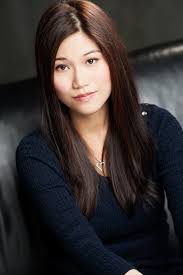 In her comedic memoir about the Asian immigrant experience in British Columbia, The Woo-Woo (Arsenal Pulp $19.95) 2018), due in October of 2018, Lindsay Wong describes her paranoid schizophrenic grandmother and her mother who fears Chinese ghosts, aka “woo-woo.” The subtitle is How I Survived Ice Hockey, Drug Raids, Demons, and My Crazy Chinese Family. The word Hongcouver is happily used. On a camping trip, in an attempt to rid her daughter of demons, her mother tries to light her daughter’s foot on fire. “It’s in the DNA and cultural beliefs of almost every village Chinese family to think they are being haunted by ghosts, gwei, every so often, especially if a new baby is born exceptionally ugly…”

Lindsay Wong holds a BFA in Creative Writing from The University of British Columbia and a MFA in Literary Nonfiction from Columbia University in New York City. Her fiction and nonfiction have appeared in No Tokens, The Fiddlehead, Ricepaper Magazine, and Apogee Journal. The recipient of many awards and fellowships, she has been writer-in-residence at the Kimmel Harding Nelson Center in Nebraska City. Currently, she is working on a memoir about her crazy Chinese family.