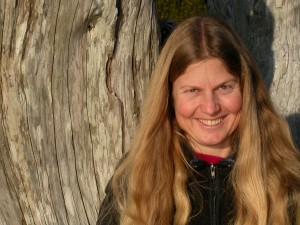 DIRECTIONS: A scenic flight from Punta Arenas, or a 36-hour voyage.

Jacqueline Windh gets around. In 2015, at age 51, she participated in a seven-day ultra-marathon in the Kalahari Desert. Previously she visited Navarino Island, the final stop north of Cape Horn, during her visits to southernmost Patagonia to help record the traditional stories of the Yagan people, the most endangered indigenous people in the world, as well as the southernmost. Cristina Calderón and her late sister Ursula Calderón recounted traditional Yagan stories, in their native tongue. These Yagan stories were then compiled by Cristina Zárraga and translated into English by Jacqueline Windh. The end result is a bilingual book, published in Chile, Hai kur mamashu chis: I Want to Tell You a Story (CreateSpace $18), a folklore collection illustrated with woodcuts by Chilean artist Jimena Saiter.

Earlier Windh also contributed to First Nations of the Pacific Northwest: Change and Tradition (Westfälisches Museum für Naturkunde, Münster, Germany, 2005), a hardcover edition with approximately 200 colour and archival photographs. An English version became available in Canada in 2009. This book was spearheaded by the museum’s director Dr. Alfred Hendricks; Windh took on the task of importing and distributing it herself in Canada. For more info about the book, visit: http://jacquelinewindh.com/books/pacific-first-nations/ Windh is a Port Alberni-based geologist, photojournalist and ultra-marathoner who ran the Kalahari Augrabies Extreme Marathon, along with her husband, in 2015. It’s an approximately 250-kilometre race through part of the Kalahari Desert in southern Africa. “The water in my water bottle was hotter than the temperature we keep our hot tub at home. That’s what we were drinking,” Windh told CBC’s North by Northwest host Sheryl MacKay. The race takes place in six legs over the course of seven days. Racers frequently stopped to give one another aid. “I felt like I was walking cross-eyed,” she said.

Windh has combined running and writing as a regular contributor to the world’s largest adventure racing website SleepMonsters.com, and also as the managing editor of the digital magazine RunningUltramarathons.com