When a windfall is a downfall 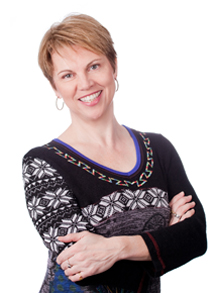 In Diane Daker’s Orca Currents mini-novel for ages 10-14, Bad Business (Orca $9.95), the protagonist Lindy knows she should not keep the $200 that was given to her by mistake, as an overpayment for chores, from a confused old lady, but she hesitates and makes the added mistake of telling a scheming and nasty schoolmate Shanna–who proceeds to make her pay for her deceit in a completely unexpected way. “Believe me, if I could turn back the clock and have a do-over…” First she has to confess to her teacher, possibly disqualifying her from a much-anticipated field trip; then it’s her parents. But when she finally has to confess to dear old Mrs. Naulty about the money that was inside the envelope, her belated honesty pays off in a way she could not possibly have imagined. 978-1-459809697

In Diane Dakers’ first teen novel, Homecoming (Orca $9.95), Fiona’s dad arrives home from prison after sixteen months and eight days away. Fiona joins her mother and family friends in awkwardly welcoming him home, in an uncomfortable reunion. Fiona and her mom suffered financially, emotionally and socially while her dad was in jail. Now, even the dog, Honey, isn’t sure about him. Fiona had believed her father was in jail for a crime he didn’t commit. Now that he’s back, everyone is treating him like a criminal. Guilty or not, her dad has ruined everything. It’s not until after she’s lured into the darker side of life that Fiona discovers who her father really is. Recently, in her book, CHEK Republic: A Revolution in Local Television (Heritage House $19.95), the Victoria freelancer chronicled the life and times of Vancouver Island’s CHEK-TV. CHEK was the first television station in Canada with colour telecasting capabilities. Launched in 1956, the channel became the subject of a David and Goliath legal battle in 2009 when its corporate owner, CanWest Global, threatened to shut it down. Employees rallied behind the station and CHEK became the first and only employee-owned television station in North America.