Whatever happened to Mary Jayne?

A new memoir asserts feminism can arise from polygamy. 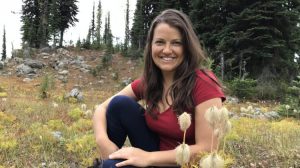 Mary Jayne Blackmore is a vice principal and ran for mayor of Creston in 2018. Photo Starla Roundy

Mary Jayne Blackmore is the fifth child of Winston Blackmore — the former Mormon Bishop of Bountiful in Creston Valley, B.C. who was convicted of polygamy in 2017, who married 27 times, and who fathered at least 150 children (as of 2019) — and his first wife, Jane (different spelling) Blackmore.

Mary Jayne still lives on the farm where her grandparents settled in 1946, outside of Lister, B.C. Her memoir, Balancing Bountiful: What I Learned about Feminism from My Polygamist Grandmothers (Caitlin $24.95) revisits and explores growing-up in a closed-off, fundamentalist Mormon community. 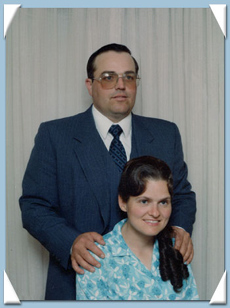 “I grew up in the glory days of Bountiful,” she proudly states. She sets out to explain how the guidance of her polygamous grandmothers, as well as her education and travel, have influenced her understanding of faith, community, family and — wait for it — feminism.

In the prologue, Mary Jayne explains, “Writing this book has never felt optional. Claiming this narrative has been an essential part of my healing and growth and stepping into my own story as a woman on the planet. This book is about me. It’s my story and I speak only for myself, but my motivation in writing it has never been about me.

“I wrote this book for the ones who don’t remember the story… for those dearest loves in my life, especially the beautiful, powerful young women who come through this proud legacy of mothers and grandmothers…. Empowering my own feminist voice and adding to the collective voice for women has compelled me to keep asking the big questions of womanhood and humanity: 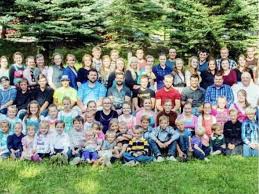 Underlying Mary Jayne’s personal journey are the stories of her father and mother. It’s well-known in the news that Winston Blackmore was sentenced on July 24, 2017 to serve six months house arrest for his bountiful unions. It is far less known that Jane Blackmore, a registered nurse and midwife, left Bountiful with her youngest daughter in 2003, moved to nearby Cranbrook, and divorced her husband.

Jane Blackmore is the only wife who testified against him. Her influence on her daughter is clear in the text: encouraging education, providing a strong, compassionate role model and support. Clearly, the mother-daughter bond, forged under what most people would assume were complex and difficult circumstances, has triumphed over a constrained father-daughter relationship.

The background of Mary Jayne’s narrative is shrouded by events that threatened her community’s survival over the last twenty years as her Mormon enclave was instructed to prepare for the prophesied, millennial apocalypse or ‘Great Destruction’. After her father’s official leadership status was revoked, half of Bountiful chose to remain loyal to her father while the other half followed Warren Jeffs in Utah.

We learn more about Warren Jeffs’ oppressive hold on his followers, both in Canada and the U.S; the Texas raids on the Yearning for Zion Ranch in April 3, 2008, where 400 children were taken into state custody; and the arrest of Warren Jeffs on August 28, 2006 and his sentencing on August 9, 2011 to life in prison on two counts of sexual assault of a child.

Balancing Bountiful is written in the first person, through differing viewpoints in accordance with the narrator’s age as events unravel. With 65 diary entries, spanning life from age six in 1989 to thirty-seven in 2020, the narrative is tied together with a prologue written in April 2020 and an epilogue competed in July 2020. There are three sections:

CHILDHOOD 1989 – 2000 includes passages: Baptism, Keep Sweet, Ten Weddings, Perverts, Awaiting Placement Marriage and The End is Near. These chronicle her idyllic childhood, as well as strict grooming customs, hints of abuse, and worry about the apocalypse.

MARRIAGE 2000 – 2011 includes God Gives Life (And Takes it Away), A Round Belly and Troubled Heart, Dad’s Arrest, Feminist Fire and I’m Broken. These passages detail her feelings about her church-assigned marriage at sixteen, moving to Alberta and giving birth to her first child, being whisked away to live with her husband’s family in Colorado City, Arizona, and moving back home after realizing she can’t raise children in Warren Jeffs’ oppressive church. She completes her high school education and teaching degree, suffers a miscarriage and divorces her husband.

WANDERING BUT NOT LOST 2011 – 2018 includes Arrested Again, Families not Felons and I am Not a Mormon. These entries document personal growth as she travels to Mexico and Turkey, follows a boy she meets at the Shambhala Music Festival to New York City, New Zealand and attends the Burning Man festival. Just prior to the pandemic lockdown, she also travels to India. 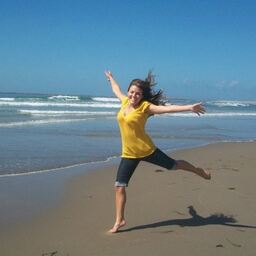 Mary Jayne Blackmore at the beach.

This is not the cloistered lifestyle that one assumes would be de rigueur for the daughter of Canada’s most renowned polygamist.

Mary Jayne now puts her faith in people, community and nature. She dreams of a world peace where we live in balance, creativity and abundance. She lives in a cabin, on her father’s land, with her two teenage children. She is Vice-Principal of Mormon Hills School where she also teaches. She ran for mayor of Creston in 2018. And she claims to now have an improved relationship with her father due to her redefined faith and a shared love of writing.

You can’t judge a book by its cover.

And you can’t judge an author by their father.

Jane Curry is one of the senior branch managers within the Vancouver Public Library system, currently at Joe Fortes in Vancouver’s West End. She is also one of the judges for the George Ryga Award for Social Awareness.